What is bunq? The Dutch mobile challenger bank with a social conscience

The self-styled 'bank of the free', Amsterdam-based bunq was an early fintech pioneer in Europe. Here we take a closer look at what makes it unique 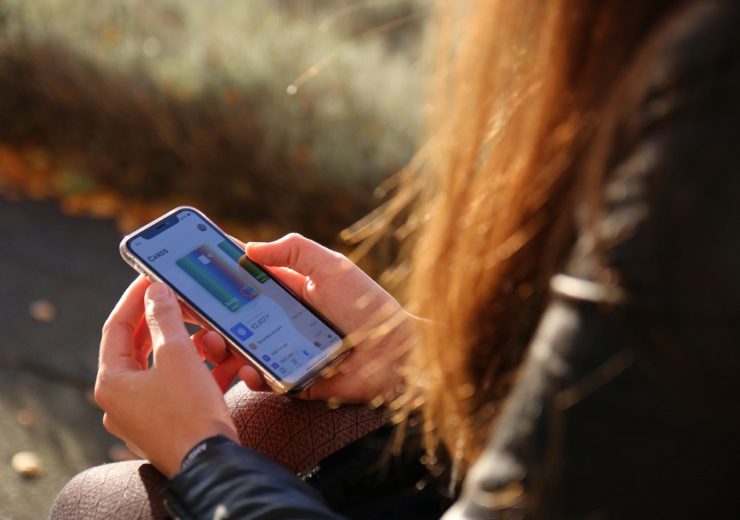 As a project born amid the afterglow and frustrations of the global financial crisis of a decade ago, Dutch mobile bank bunq has declared its mission to become a socially-responsible digital challenger that proves banking can be done differently.

It was one of the earliest trailblazers of the mobile disruption that has become so pervasive across banking in Europe today, and one that has really taken the mantra of reimagining financial services to heart.

Very much the brainchild of its entrepreneur founder Ali Niknam, whose earlier successes in business have allowed the project to remain privately funded, bunq puts technology front and centre in its mission to change the face of finance and be “the bank of the free”.

Armed with a full Dutch banking licence, bunq has grown across Europe alongside the likes of N26 and Revolut, and offers all the usual features people have come to expect from fully-digital alternative banking providers.

What sets it apart is its absolute focus on user experience – something derived from its founder’s tech background – and the outright commitment to making a positive social impact through its services.

“We don’t focus on vanity metrics, or inflating user account numbers,” says Niknam. “We just want to make sure our users are happy.

“What we’ve created is a beautiful app for people that helps make life easy.

“Yes we are a bank, yes we have current accounts – but the difference is how much we make life easy in all kinds of small and big ways.”

Idea for bunq came in response to bank industry crisis

The idea to build bunq came in the early 2010s, as Niknam sought a new venture and found himself moved by the fallout of the 2008 banking crisis which had sparked a global recession and put the squeeze on economies, businesses and households around the world.

“As I started looking around, the financial crisis was at its peak and I saw a lot of people getting hurt,” he explains.

“People like my high school friends who couldn’t get a mortgage or were forced to sell, or entrepreneur friends who had to close up shop because their credit was suddenly revoked.”

“And at the same time I saw everybody just shouting at each other and nobody really solving the problem.”

With a team of just 15, working out of a building in Amsterdam with no heating or hot water, Niknam set out in 2012 to build bunq from the ground up – but it was a long and challenging process to get it ready for launch.

He says: “At the time no-one really knew how to apply for a banking permit because there hadn’t been any greenfield applications for decades.”

The European market is now awash with challenger banks disrupting the traditions of a long-established industry, but Niknam claims bunq was, if not the very first, certainly one of the earliest pioneers.

“It depends on how you define a fintech bank,” he concedes, but while many early disruptors went down the path of launching services under an e-money licence, or in partnership with a bigger institution, bunq began its journey by securing a full banking licence from the Dutch regulator.

Bunq launched in the Netherlands in late 2016, and has since expanded into Austria, Belgium, France, Germany, Ireland, Italy and Spain.

Its workforce has grown accordingly, with the original 15 expanding tenfold to more than 150 today in offices in Amsterdam and Greece.

With no prior training or industry experience, Niknam is not your typical bank CEO.

But bunq is not a typical bank, and the tech-minded background of its founder – Niknam started coding at the age of nine – reveals itself in the relentless focus on user-experience over profit.

For instance, a new bunq membership comes with three new bank cards – Maestro, which is widely used in the Netherlands and Germany; Mastercard which is common in the UK, Spain and many other countries; and a back-up, in case of loss or theft.

The app-based accounts contain many of the features now associated with mobile challenger banks, such as push notifications for spending insights, instant PIN changing and bill splitting.

Users can also create multiple sub-accounts, each with their own IBAN, to make money management simpler, or open shared “Slice Groups” to keep track of group expenses, such as a holiday with friends.

For business account holders, bunq offers features like real-time accounting software integration, as well as invoice and receipt scanning, which allows users to simply take a digital photograph of the paper document and let the technology automatically parse all the relevant payment information from it.

“We want to make sure you save time, because as a business even in the Netherlands there’s a lot of paperwork to be done – and other ‘stuff’ that eats away at your valuable time.

The founding principles of bunq were to reimagine what a bank could be when built from scratch on new technology stacks, and to give users a new way of forging a relationship with their financial services provider, based on transparency and engagement.

Part of this mantra is to give customers greater knowledge and control of how their money is used when deposited in a bunq account.

Niknam explains: “One of the things that has always struck me as very odd is that your money is your money, and when you deposit it in a bank you do so for safe keeping.

“But in the banking system that money gets put into play and gets invested in all kinds of things. That’s how banks make their money.

“You don’t know what kinds of companies and businesses your money is being invested in.”

“In Europe there’s a wave of people who are just not comfortable with their money being used for palm oil investments, or Alaska pipelines or weapons manufacturers – and they’ve been telling their banks they don’t want their money invested in that.

“Unfortunately banks aren’t very transparent in that regard.”

The response from bunq has been to let customers choose a specific investment plan for how their money is used by the bank – whether invested in green projects, stored at the central bank, or used to fund mortgage lending.

There are currently eight investment categories to choose from, although the bank considers new suggestions from its community if they gain enough traction.

“We need to be conscious about the decisions we make – we can really make a difference as a consumer by being more careful about the things we choose,” says Niknam.

Engaging with its community is a top priority for bunq bank

Bunq prizes its community of users, and hosts regular events in Amsterdam to showcase new features and surprise people with its latest ideas.

The founder says: “Because we spent a lot of time without having any users in the first years of bunq, this tradition developed that we would show off everything we had created every three to four months.

“After we launched, this tradition continued, so every couple of months when we have created a stack of features we have this gathering where we present everything we’ve been working on.

“The cool thing for me personally is that as I present these things there’s a room full of super-enthusiastic users.

“At the last event, not only was the room full but there were 150 people on the waiting list – people came from Austria and Germany and France just to see what’s going on.