What is Atom Bank? The original UK mobile challenger bank championed by will.i.am

Atom Bank has worked alongside American musician will.i.am to champion its digital-first approach to savings, loans and mortgages in the UK market 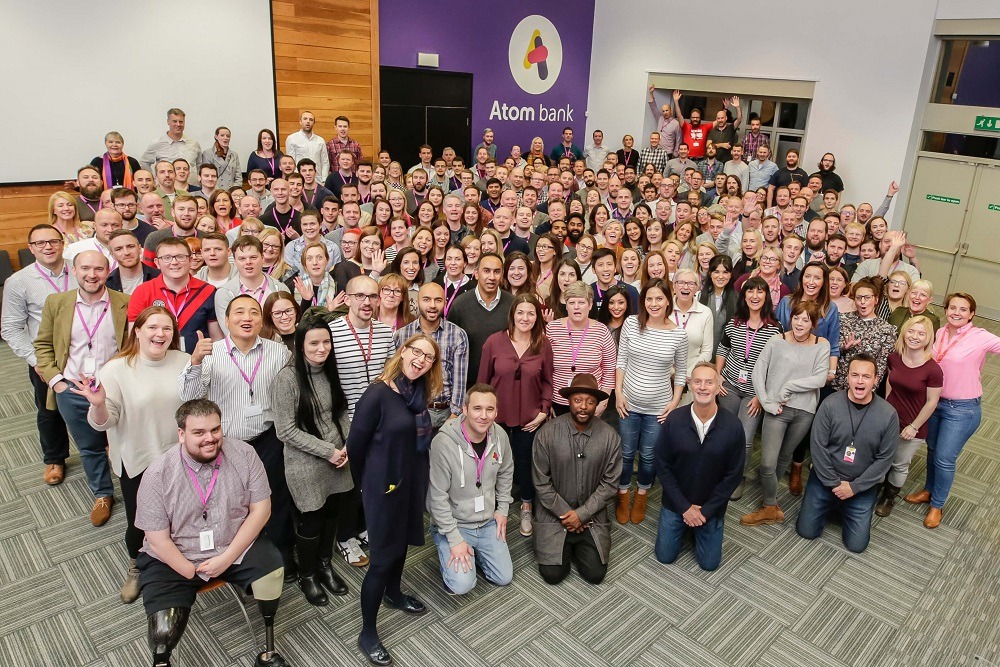 There is now no shortage of mobile challenger banks springing up across the UK, with disruptors like Revolut, Monzo, Tandem and Starling all vying to upset the financial services apple cart and provide digital alternatives to the high street incumbents. But one mobile lender, Atom Bank plc, stakes a claim to being the first.

Without a network of branches or call centres to oversee, Atom Bank was able to concentrate solely on its products and services from day one of its launch in 2016, all of which were managed through its mobile app.

Mr Thomson left his role as chairman of Metro Bank in 2012 and went on to launch Atom, perhaps indicating a preference for the digital trend – as he has since gone on to launch another mobile bank, 86 400, in Australia after leaving Atom last year.

It secured a banking licence in 2015, and launched officially the following year with a pair of fixed-term savings accounts.

In keeping with the brand’s appeal to a younger generation of digitally-savvy consumers, Atom formed a partnership with American musician and TV personality will.i.am, who holds a strategic advisory role.

On joining forces with the bank, he commented: “Our lives are faster than ever before, but the banking industry hasn’t kept up.

“The scale of Atom’s ambition to help people understand and manage their money better, and its clever use of technology to give people an entire bank on their phones is awesome.”

Atom has attracted just shy of £370m in venture capital since it was founded, with Spanish banking giant BBVA taking a particularly active role in the investment process, steadily raising its stake in the challenger to 39%.

Rumours of a potential takeover deal by BBVA circulated earlier this year, but it has since been reported that BBVA pulled out of the deal due to Brexit uncertainty – with Atom now considering a £50m fundraiser as an alternative.

Although beating the likes of Monzo and Starling to market, Atom has not followed their lead in adding a current account option to its product portfolio.

Instead, it has focused on savings, mortgages and business loans.

Savings products offered by the challenger bank include fixed-term options ranging from three months to five years, with either monthly or annual interest – all of which are protected by the Financial Services Compensation Scheme up to £85,000.

Account set-up is conducted directly through the Atom app, with the company claiming this can be done in as little as ten minutes.

Since it launched in 2016, the fintech has accepted more than £1.3bn in customer deposits.

As with the savings accounts, Atom offers mortgages through its app, along with advice from an independent broker and update notifications sent to the linked mobile device.

Mortgage rates are subject to change, but Atom covers new home, remortgaging and first home options for a range of different values.

Business loans are provided to limited companies, limited liability partnerships, partnerships, and sole traders – with Atom having provided loans totalling more than £180m to hundreds of businesses across multiple industries.

Partnerships and collaborations are becoming increasingly common strategies for financial services companies, as they look to maximise the benefits of using other firms’ specialities rather than trying to do everything in-house.

Atom is no different, and has in the last few years announced partnerships with “cloud native technology” specialist Thought Machine to improve its ability to quickly develop and configure new products, as well as TruNarrative to harness its anti-money laundering and financial crime expertise.

Earlier this year it also joined Bacs – the organisation responsible for overseeing the schemes behind the clearing and settlement of UK automated payment methods such as direct debit – to make it easier for customers to manage payments through Atom’s various channels.