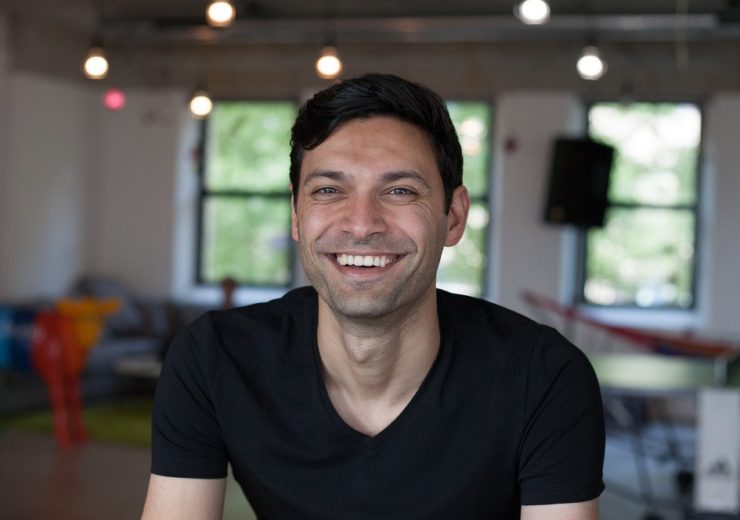 Having already achieved success with a previous business, Amsterdam-based entrepreneur Ali Niknam decided in 2012 to use his tech expertise to create bunq — a mobile challenger bank that would reimagine how financial institutions operate, behave and engage with their customers. Andrew Fawthrop speaks to the bunq founder about building a bank, Brexit and being socially responsible.

Building a bank from the ground up is no easy task – particularly if your professional background has nothing at all to do with financial services.

But that is exactly what Ali Niknam set out to do in 2012, inspired to reinvent the way banks operate amid the fallout of the 2008 financial crisis which caused so much bad feeling towards a banking system perceived to have failed ordinary people.

A serial entrepreneur from the age of 16, Niknam’s vision to create bunq — a tech-focused, socially responsible challenger bank based in the Netherlands – became his “life’s work”, as he puts it. It became a reality in 2016, and has gone from strength to strength ever since.

“I wanted to build a company that did something for the common good, with a social impact,” he explains.

“And as I started looking around the financial crisis was at its peak and I saw a lot of people getting hurt — people like my high school friends who couldn’t get a mortgage or were forced to sell, or entrepreneur friends who had to close up shop because their credit was suddenly revoked.

“At the same time, I saw everybody just shouting at each other and nobody really solving the problem.

“I figured this was dangerous because if we don’t fix this problem it’s going to happen again, and who knows what’ll happen next time — it might be even worse.

Now 37 years old — although he says he feels more like 180 — Niknam was born in Canada of Iranian descent, and moved to the Netherlands at the age of seven.

He started coding at nine, investing in stocks at 12, and founded his first company at 16 – although his real success would come a few years later.

When he was 21 years old, Niknam founded TransIP — a web hosting and domain name provider, which recently became one of the top three companies in the world in the field following a recent takeover deal under its new name, team.blue.

Niknam’s success with TransIP convinced him that entrepreneurship was what really makes him tick, and, after a brief flirtation with building data centres in the Netherlands, he began looking for a new project.

The idea to build a digital bank was conceived as a direct response to the financial crisis — and a belief that there must be a better way of providing financial services to people.

But the reality of making it happen was a far from simple journey.

“All my previous companies pale in comparison to the effort that is required to set up a bank in the Netherlands,” Niknam says.

“We started building the bank in 2012 — there was so much vacant office space back then because so many companies were closing up shop.

“We began with just 15 people — in a building with no heating or hot water.

“Everyone called us crazy and thought it would be impossible — but we pulled through.”

Unlike other challenger banks now entering the market and collecting eye-watering amounts of funding from eager venture capitalists, bunq is entirely privately funded thanks to Niknam’s success with his previous businesses.

“I’m in a very lucky position, and thanks to this I think Bunq has had the opportunity to really just focus on making a great product without the time pressure and other pressures that are associated with doing a funding round.

“I don’t think there’s anything wrong with external funding — I just think that sometimes taking the time to really make a product that people love will pay off in the long-run.”

The European market is now awash with challenger banks disrupting the traditions of a long-established industry, but Niknam claims bunq was, if not the very first, certainly one of the earliest trailblazers.

“It depends on how you define a fintech bank,” he concedes, but while many early disruptors went down the path of launching services under an e-money licence, or in partnership with a bigger institution, bunq began its journey by getting a full banking licence from the Dutch financial regulator.

“We applied for a licence and did things thoroughly, step by step,” he says.

“The Dutch regulator is generally regarded as one of the toughest in the world, and if you apply for a greenfield banking permit today anywhere in Europe you will follow the process that we figured out — so that’s kind of cool that we changed at least a little bit of history there.

“We got the banking licence in 2015 — which was a major thing because we were the first greenfield permit in 35 years. It was huge news in the Netherlands.”

Brexit vote scuppered plans to bring bunq to the UK

Bunq launched at the end of 2016, and has since expanded into Austria, Belgium, France, Germany, Ireland, Italy and Spain.

The glaring omission is the UK — a market in which challenger banks have flourished in recent years, with the likes of Monzo, Revolut, Starling and N26 all offering a compelling case for customers to make the switch to a new generation of mobile banking providers.

It is not a fear of competition that has discouraged Niknam from bringing bunq to the UK — rather the lack of clarity over Brexit and what the UK’s status is going to be once the withdrawal process is finally resolved, one way or the other.

“The UK was the first country I wanted to go to because at the time I felt there was a humungous opportunity there,” he says.

“I was actually in the UK on the night of the Brexit vote trying to get things sorted. I remember talking to a taxi driver who said he didn’t think people really wanted to exit — they were just annoyed and wanted to make a statement.

“But I woke up five hours later and the people had voted in favour of exiting.

“I remember it was such a weird vibe in London that day, and I thought ‘this changes everything, because banking is such a heavily regulated industry and I need to have clarity — which isn’t going to happen anytime soon’.

“It was a huge change of plans — otherwise we might have been really big in the UK today.”

Niknam hasn’t discounted entering the UK with bunq in the future, but says he is waiting until there is certainty over exactly what the situation is going to be.

Bunq was founded as a reaction to deep-rooted issues within the banking industry laid bare by the 2008 financial crisis, and it is this principle of social responsibility that guides the project today.

One interesting feature to emerge from this ethos is what bunq calls “freedom of choice investments”.

The idea is that customers can decide exactly how their deposits are used by the bank while in its custody — something that is unique to bunq.

Niknam explains: “One of the things that has always struck me as very odd is that your money is your money, and when you deposit it in a bank you do so for safe keeping.

“But in the banking system that money gets put into play and gets invested in all kinds of things — that’s how banks make their money.

“You don’t know what kinds of companies and businesses your money is being invested in.”

Bunq customers are currently able to choose from eight categories of investment options, depending on how they wish their savings to be used by the bank — and new suggestions can be made by the community if the existing options are not to their taste.

This might include storing it all at the central bank, investing in green projects, or simply enabling mortgage lending.

Niknam says: “In Europe there’s a wave of people who are just not comfortable with their money being used for palm oil investments, or Alaska pipelines or weapons manufacturers — and they’ve been telling their banks they don’t want their money invested in that.

“Unfortunately banks aren’t very transparent in that regard.”

It’s not just a customer base of “woke” millennials who are demanding this change in how and where money is invested.

“There are lot of people who are very conscious,” says Niknam. “There’s a whole movement of biological food, sustainable development — and rightly so.

“We need to be conscious about the decisions we make — we can really make a difference as a consumer by being more careful about the things we choose.

“It’s true that young people are very aware of the state that the world is in because they’re inheriting a mess.

“I truly believe that we as humans have the obligation to leave this world behind in a better shape than we found it.

“It’s not just about making money and buying a bigger car — who cares about that if your children can’t breathe clean air? If the sea level rises two metres, what are we going to do?

“So it’s up to us to really do the best we can, and to leave the world in a better shape.”