Exploring Lithuania’s fintech scene: How a tiny country began punching above its weight

Despite having a population just one-third the size of London, Lithuania has turned itself into Europe's second most attractive fintech destination after the UK. Andrew Fawthrop reports 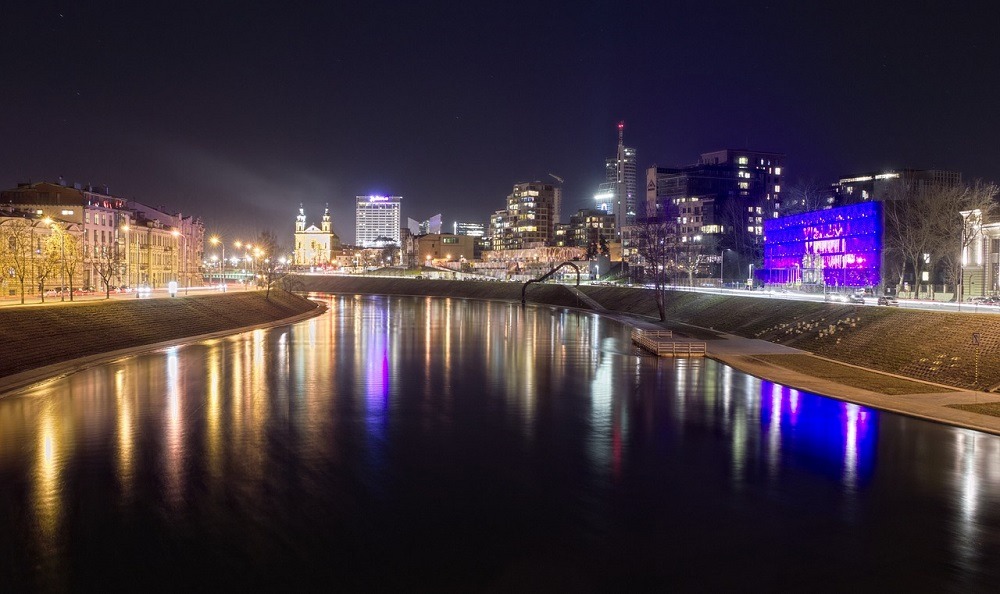 Nestled on the south-eastern Baltic coast between Poland, Belarus, Latvia and Kaliningrad, the sleepy former Soviet state of Lithuania – adorned with ancient castles, topaz lakes and sprawling forests – is perhaps an unlikely setting for the hustle and bustle of a busy fintech hub.

With a population of just 2.8 million – roughly a third the size of London – Lithuania is a country better known for its history and idyllic natural landscape than innovation in financial services.

But look a little closer and this small nation is punching above its weight, second in Europe only to the UK in terms of the number of fintechs that have secured money licences to handle payments there – most commonly in the capital city of Vilnius.

Lithuania has made a conscious and concerted effort to turn itself into an attractive destination for fintech companies – from the government and regulator to industry bodies, it has developed a “shared strategic outlook” to specialise in fintech across its entire economic infrastructure.

It is an approach that has worked, too, with around 170 fintechs based in the country as of 2018, 47 electronic money institution (EMI) licences issued, 33 payment institutions (PIs) and three specialised banking licences.

Notable success stories include Revolut – which had a rapid rise to prominence across Europe as a mobile challenger bank and today boasts roughly four million customers – and TransferGo which is a cross border payments specialist with more than one million users.

Both companies approached Lithuania for their first licence when starting out.

Why Lithuania turned to fintech

Lithuania first turned its attention to fintech in a serious way in 2016, when government and trade organisations came together to agree on a strategy to develop a fintech ecosystem.

The Ministry of Finance, Bank of Lithuania and government-backed industry body Invest Lithuania devised a plan of action to attract top fintech companies to use their country as a gateway to the broader European Union market.

This is a strategy that has not only brought investment into Lithuania, but helped its own domestic financial services industry benefit from fintech innovation.

Dominykas Stankevicius, fintech investment advisor at Invest Lithuania, explains: “The key to this initiative was aligning the public sector to move towards one goal – making Lithuania the best place for fintech companies in Europe.

“Fintech companies that come to Lithuania must provide their innovative solutions in the local market.

“This increased competition pushes financial service providers to bring more innovative products to the Lithuanian market and, in the end, local consumers and businesses receive better, faster and cheaper services.”

The decision to specialise in becoming a fintech hub has delivered benefits to the local economy, too.

“The majority of the fintechs employ local and international talent, using the local infrastructure and services,” says Mr Stankevicius.

“As a result, the country’s economy receives investments from abroad, as well as increasing the tax collection.

“Fintech Lithuania has become the new ‘business card’ for the country, attracting businesses, investors, governments, associations and other stakeholders to visit Lithuania and discover the business opportunities in the local market.

“Branding is the key for a small country like Lithuania.”

The Bank of Lithuania – the country’s central bank – has made it a strategic priority to be open and welcoming to financial innovators.

Its website states an aim to cultivate a supportive, competitive and innovative environment within the Lithuanian financial services industry by creating an “advanced and attractive regulatory and supervisory environment”.

The bank offers a regulatory sandbox environment where fintechs can test their new products, as well as a “newcomer” programme that enables potential new entrant to the market to quickly meet and consult with the regulator and even apply remotely for a banking licence.

The application process for these new payments and e-money licences has been streamlined to take just three to six months, which Mr Stankevicius claims is “two or three-times faster” than in other jurisdictions in the EU.

The Bank of Lithuania is also supporting efforts to implement open banking policies across the country, including the creation of a financial sector API (application programming interface) register to give companies greater scope to access customer data.

A report published by Invest Lithuania and Rise Vilnius, an outpost of the fintech accelerator scheme run by Barclays, labels the Bank of Lithuania “one of the most progressive regulators in the EU”.

It adds: “By streamlining licensing and automating a number of supervision procedures, it has transformed Lithuania into a jurisdiction that prioritises progress and helps fintech newcomers to enter the market transparently and smoothly.

“It is also creating the right environment for innovation, where new fintech products can be developed and then scaled globally.”

Prajit Nanu is the co-founder and CEO of InstaReM, a south-east Asia-based fintech that chose Lithuania to be its European headquarters, and has become one of the country’s best-performing fintechs as a digital cross-border payments service provider.

Discussing why Lithuania was the preferred European destination for his company, he says: “We considered the flexibility of the Bank of Lithuania, the speed of issuance of the EMI license, the readily-deployable specialists in the country’s labour market and, last but not least, reasonable operational costs.

“Within three to six months of our first contact with the Bank of Lithuania, we got our EMI licence – this would simply not have been possible anywhere else in Europe.

“The licence allows operations in the common market of the EU by passporting through the Single Euro Payments Area (SEPA).

While London might remain the top destination for many fintechs in Europe, given the strength and global reach of its financial services industry and blossoming tech scene, there is no getting away from the fact that doing business in the UK capital comes at a price.

Mr Nanu adds: “London still remains the desired place for many fintech companies that want to achieve European expansion, but setting up in London is time-consuming and expensive.

“What attracted us to Lithuania was that it offered many of the benefits that London could offer but for a lower price – and setting up the business there was less complicated.

“The office rentals in Lithuania happen to be one of the lowest in central and eastern Europe.

“In addition to the low costs and convenience of set up, the Lithuanian government offers great support in terms of a robust communications technology infrastructure.

As the UK’s proposed withdrawal from the EU continues to drag on without resolution, uncertainty clouds the prospects of the country’s markets – including that of fintech.

A recent report from Tech Nation shows that the UK, led by London, is the world’s leading destination for attracting fintech investment – yet despite this, there are fears that by leaving the EU, it will weaken position of its tech sector on the global stage.

With cheaper alternatives on the continent enjoying unrestricted access to the entire European Single Market, and freedom from the uncertainty that is burdening UK financial services, it would be no great surprise if fintech companies began looking more closely at places like Lithuania over London.

“Brexit is an uncertain time for everyone,” says Mr Nanu.

“We don’t even know what the full extent of what its impact on London will be – if it’s as negative as reported, then more businesses are going to flock to countries like Lithuania.

“Lithuania has already emerged as a great investment in Europe, and will continue to do so for years to come – especially in our industry, where friendly regulation offers make setting up and getting started much easier.

“After Brexit, Lithuania may become even more attractive to companies like InstaReM as it gives access to the post-Brexit EU market, and millions of potential customers.”

From Mr Stankevicius’s perspective, the UK still has plenty of pulling power, regardless of Brexit.

He adds: “We have seen that a lot of companies started to look for a jurisdiction in mainland Europe after the Brexit vote and Lithuania was, and is, among the top choices for this move.

“However, I do not believe that most of the companies would move their headquarters to mainland Europe, since the UK is such a big and well-developed market.

“That being said, companies find it easier to scale their teams in Lithuania.”