Anne Boden broke away from traditional banking in 2014, and created one of the UK’s most popular digital challengers. Here she discusses creating a financial institution that detractors told her couldn’t be built 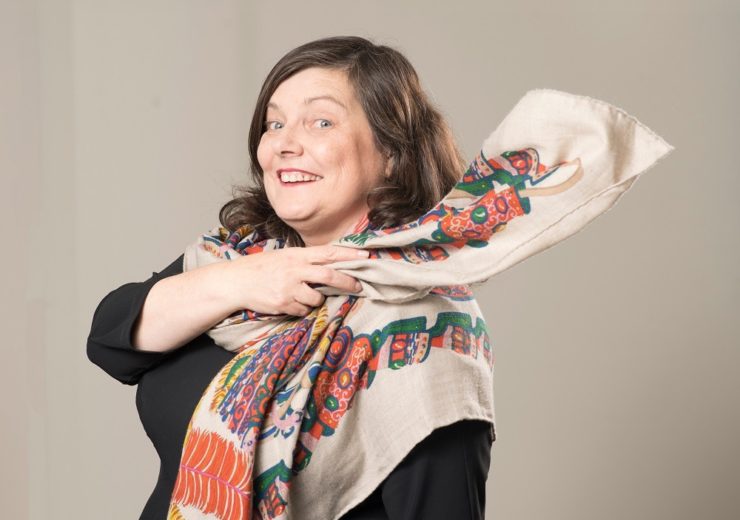 After a lengthy career in the industry, Starling Bank CEO and founder Anne Boden broke away from traditional banking in 2014 and created one of the UK’s most popular digital challengers. Future Banking writer Stephen Hall went to meet her to discuss the experience of constructing a financial institution that detractors told her couldn’t be built.

With more than 30 years’ worth of experience in the banking business, Anne Boden, CEO of Starling, has witnessed significant changes sweep the industry. Her career path has seen her graft within the branch, stand behind the counter, talk to customers and fill the cash machine. She’s worked within banks around Europe – in Switzerland, Scotland, the Netherlands, Ireland, and at major financial institutions throughout England.

Boden has seen online banking become the norm and then observed the proliferation of the smartphone. She witnessed the devastation caused by the economic crash first-hand and had to deal with the fallout while working at Allied Irish Banks.

She was awarded an MBE for services to financial technology, has been voted the most influential woman in UK IT, among the most powerful figures in European fintech by Forbes and, of course, started a UK challenger hailed as one of the most innovative digital lenders in the country.

“I was determined to do it, I had to do it, but when I started, I didn’t really know what I was letting myself in for,” she reveals. “I spent 30-odd years working in a range of big banks in various roles, and I’d come to the conclusion that to do it right you had to start from scratch.

“So in January 2014, I was determined it was going to happen. But I think if you knew everything that was going to be in front of you when you start, you never would. I did, though, and I’m very glad that five years later we are where we are today.”

During this demanding period, Boden even found time to author a book, titled The Money Revolution, which ponders all of the exciting new ways people can manage their cash. The CEO believes that recent advances have instigated a profound transformation to an industry that, over the years, had remained fairly rigid.

However, she’s seen the present technological upheaval shake the landscape and erode the vice-like grip enjoyed by the UK big four, making way for newcomers like Starling to muscle in.

“The branch was where people went in and handed cash over the counter,” Boden explains. “This migrated to a contact centre, where you phoned up and asked the same questions that you asked over the counter. Then it transferred to the web, so you were asking the questions on the web that you would have asked on the telephone.

“Now, the app has replaced the web. I think the whole world could change and banking could fundamentally shift, so what you think of as a bank today may be very different in the future.”

Indeed, her own mobile-only challenger is deeply dissimilar to the old banking model and is unencumbered by many of the industry’s outdated legacy systems. It was formed from the ashes of the financial crisis and, just two years after launch, it has been featured on the TechNation Future Fifty, FinTech Power 50 and Forbes’s list of the world’s best banks.

Boden recently said she named the challenger Starling “because they’re chattery birds that invade other people’s territories and aren’t readily put off”.

Crossing into fresh terrain last year, the financial institution signed up with the Post Office in the UK, which has 11,500 branches – more than all the old banks put together – so that users pining for a bricks and mortar experience can easily withdraw and deposit their cash.

It’s a move that firmly sets it apart from digital-only rivals like N26 and Monzo. It could also prove a savvy strategy as, despite increased high-street closures throughout the country, a recent survey from consumer group Which? found that 41.7% of 18–24-year-olds still list the branch as their main place to manage finances.

Meanwhile, an aggressive marketing campaign has seen the bank plaster advertising across the London underground system. These initiatives have helped Starling grow from 50,000 customers to more than 400,000.

Its staff headcount has also expanded from 130 to over 300 in the past year. This has all been aided by a hefty cash injection from numerous investors, including the RBS remedies fund, initiated by the UK Government following the bank’s 2008 bailout.

The institution’s base in Liverpool Street means that Starling takes its place among a burgeoning cohort of heavyweight fintech names, including Transferwise, Revolut and Monzo, hailing from London.

“I think the interesting thing is that London is a centre for finance,” she says. “But London has also got a tech heart. Silicon Valley is all about tech and not about finance. New York is about finance and not about tech. In London, you have them both coming together and a vibrant community here, as well as a very supportive regulator.”

Anne Boden has ambitions for Starling Bank outside of London

Further growth of Starling’s operations has seen the challenger open a new office space in Southampton this summer, as part of Boden’s plan to expand the ecosystem of fintech outside the confines of the UK capital.

“Southampton is a great location and great for work-life balance; we’re going to have 50 engineers there,” she explains. “We’re going to have 100 customer services representatives, but the idea is that it’s a really nice place to work and live.”

Boden now foresees the bank growing to one million customers by the end of the year, and this steady increase in popularity can also be attributed to its repertoire of innovative digital solutions.

As a self-proclaimed connoisseur of tech – she studied AI at university back in 1981 and was one of the creators of Chaps, the UK’s first real-time payments system – Boden has overseen a slew of innovations in the smart payments space and beyond.

The challenger has instigated numerous useful high-tech features, such as in-app bill splitting, fee-free international transactions and live spending-habit graphics. Google Nearby technology allows Starling customers to securely apply for a joint account in just five minutes by sitting next to each other.

The challenger also partnered with Flux to reduce environmentally damaging paper receipts, which often contain toxic substances like bisphenol A.

Furthermore, Starling was the first bank to offer Fitbit pay, and signed up with Google, Samsung, Apple and Garmin Pay to provide wearable transaction capabilities on a range of different mediums.

Boden says that Starling’s range of product initiatives are so successful that many of the old banks have been slyly copying them, and she’s critical about the processes of some of her old employers.

At June’s Money2020 event she bemoaned the established players’ propensity to take elements of smaller institution’s products, abrasively stating in a recent blog post, “If the fat cats of banking really want to copy us, let them copy our fees and charges too.”

And while the bank continues to top up its stock of cash management products, Boden now predicts great promise for the incoming flow of tech innovations that are set to impact the industry in a big way.

“I’m always excited by technology,” she enthuses. “I think technology can help you in all walks of life. Who’d have thought that this powerful thing called a smartphone could do so much for you? It started off as a telephone, but you rarely use it as a telephone now.

“You use it as your email, for shopping and to summon a cab. It has facilitated a different way of life. I think banking has not been impacted by the changes that technology can deliver. I think that’s a huge opportunity, and I’m excited, looking into the future, to see big change in the next couple of years.”

Although banking has witnessed a dramatic digital renovation over the past few years, Boden has also been particularly outspoken about an area of the industry that has been slow to change. Women are often overlooked for tech and leadership roles, and the CEO is open about barriers to female progression and sexism within the industry.

“I think that you never see prejudice when it’s in front of you,” she says. “It’s only in retrospect that you see it was probably tough. I have always worked in technology and finance, and now I’m an entrepreneur.

Last year, Starling conducted a #MakeMoneyEqual campaign, in response to a linguistics study that found significant divergences in the way men and women are communicated to about their finances.

The study revealed that 65% of financial marketing aimed at females defines them as ‘splurgers’, who need to temper excessive spending habits in order to save. Meanwhile, the same survey revealed that 70% of advertising aimed towards males peddled the message that having more money makes you more of a man.

Facing doubts over her plans for Starling Bank

And as she continues to fight various biases, Boden says that she’s also had to tackle numerous other disparagers in order to build her successful product.

“People want you to be specific. This is at odds with a lean start-up way of doing things, where you try and experiment. So I think that the advice looking back is to push back at people that wanted everything done, settled and described on day one, because that’s not how to start a business.”

Indeed, pushing back against various critics seems to have been a common theme over the course of Boden’s career. As well as cracking through a glass ceiling and breaking free from many of the shackles associated with traditional banking, she encountered numerous roadblocks while seeking investment.

When pursuing shares for her new project Boden travelled to the US to seek financing. One billionaire told her that Starling simply couldn’t be built, however. Many others told her to shelve the idea. But now, as she continues to grow her digital bank and defy her detractors, this bank, named after a rebellious bird that won’t be put off, could be set to fly to exciting new heights.

This article originally appeared in the summer 2019 edition of Future Banking. The full issue can be viewed here.

Kyriba partners with Midis to expand presence in emerging markets