Ranking the biggest investment deals for UK fintechs in 2019

From Monzo and Starling to OakNorth and Nutmeg, here is a round-up of the biggest UK fintech investment deals in the first half of 2019 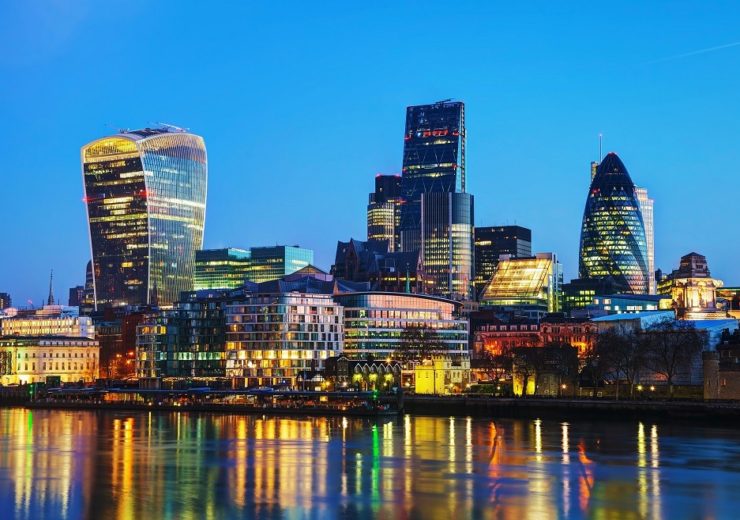 Fintech is one of the bright lights of the UK economy right now, attracting a welcome flow of investment capital at a time when the robustness of industry across the county is being closely scrutinised.

Last year proved to be a strong one for the sector, attracting almost $3.5bn in venture funding for firms looking to grow their businesses  and disrupt the financial services industry – and in the first six months of 2019 the upwards curve has continued.

UK fintech companies continued to attract funds during the first half of 2019, with investment outpacing the already lucrative first six months of 2018 by more than 45% as firms raced to secure $2.91bn by the end of June.

There are also signs that the fintech industry in the country is beginning to mature, with the number of deals steadily decreasing since 2018 – a decline of about 30% year-on-year – but the size of these investments growing as capital is directed into late-stage growth businesses.

As always, London dominated proceedings, hoovering up 90% of the overall fintech investment capital arriving in the UK, and 78% of the number of individual deals.

The figures come from industry organisation Innovate Finance, which represents UK fintech on the global stage and the interests of its 250 members.

CEO Charlotte Crosswell said: “Investment into the UK fintech sector shows no sign of slowing down. The flow and impressive size of individual investments demonstrate an ecosystem that is showing signs of growing maturity.

“It is hugely encouraging to see evidence of this resilience and growth despite the uncertainty and challenging times ahead.

“Both the flow of capital and a wide talent pool are essential to maintaining the sector’s strength, and we remain committed to support efforts in these vital areas.”

Here we look at some of the biggest investment deals to be secured by UK fintech companies in the first six months of the year.

The London-based provider of working capital finance for global businesses attracted a huge $800m investment from the Softbank Vision Fund, valuing the firm at around $3.5bn.

The fintech provides supply chain finance to customers across Europe, North America, Latin America, Africa and Asia – and has overseen more than $60bn in financing to eight million customers across 60 countries worldwide.

Greensill plans to use the investment to accelerate its expansion into markets in Brazil, China and India, as well as to further develop its technology to improve its ability to provide working capital finance to companies underserved by traditional providers.

The credit lender, which focuses on SME financing, secured a $440m investment – also led by the SoftBank Vision Fund – taking its overall funding past $1bn.

This capital injection will fuel OakNorth’s expansion into the US market, where it will look to build on its UK success story in which it has lent around $3.7bn to British businesses without a single default or late payment to-date.

OakNorth also licenses its technology to other lenders, has created savings accounts for individuals and businesses, and moved into the mortgage lending space with products tailored at high net worth individuals.

The investment will be used to finance the company’s growth across Europe, the US and the Middle East, as well as to enter new markets in Asia and Latin America – with plans to triple its 300-strong workforce during the next three years.

Checkout.com provides digital cross border payments services to the likes of Samsung, Deliveroo, TransferWise and Patreon, using real-time data to optimise and simplify the transaction process for businesses through a single platform.

Its service is aimed at helping migrant workers and immigrants living in developed countries to send money back to family and friends in developing economies – although the fintech also has plans to extend its offering to small and medium sized businesses.

WorldRemit claims to have about four million users, operating in 50 “send” countries and 150 “receive” countries.

Digital challenger bank Monzo continued its rapid rise to prominence with a $147m capital raise led by the Y Combinator growth fund, taking its market valuation past the $2bn mark.

Since launching in 2015, Monzo has attracted more than two million personal banking customers in the UK and claims to be adding new users at a rate of around 200,000 each month.

The funding is being used to aid Monzo’s expansion into the US, announced last month, as it looks to tap into the American personal finance market.

Motor finance specialist Evolution Funding attracted a $143m investment from private equity investor LDC to support the development and expansion if its B2B and B2C propositions.

The firm’s AI-driven Evolve technology is used in dealerships to perform credit checks and deliver competitive rates for vehicle financing.

Challenger bank Starling attracted $98m from investors to expand its mobile-first banking propositions for both personal and business banking, and the development of its marketplace feature which brings a range of other finance-related services into the Starling app.

The bank currently has more than 460,000 personal account users and 30,000 SME account holders – and is targeting an overall customer base of one million by the end of 2019.

In February it was awarded an additional £100m ($123m) grant as part of the Capability and Innovation Fund, which will be used to develop the business banking side of Starling’s offering.

The firm specialises in B2B payments via direct debit, tapping into the growth of the subscription economy and the recurring payment model increasingly being used by businesses.

It will use the funding to fuel its ambition to become a global brand, with Europe, Australia and North America all earmarked for international expansion this year.

AI-powered identity verification firm Onfido raised $65m to pursue the development of its service which is used to provide digital security to businesses.

Although originally founded in London, Onfido now largely operates out of its San Francisco office, catering to its core market in the US.

It will use the new capital to expand its presence throughout Europe and South East Asia, and further develop its technology which uses document verification and facial recognition to deliver online security tools to companies like Revolut, Zipcar and Bitstamp.

US banking giant Goldman Sachs led the funding round for the fintech early in the year, with the capital earmarked for developing new products and services and scaling up Nutmeg’s business internationally.

The fintech claims to have more than 60,000 customers in the UK – 40% of which it says have not invested prior to using Nutmeg.