International expansion is high on the agenda in 2019 for GoCardless, with plans to extend its market coverage to 70% of global business payments 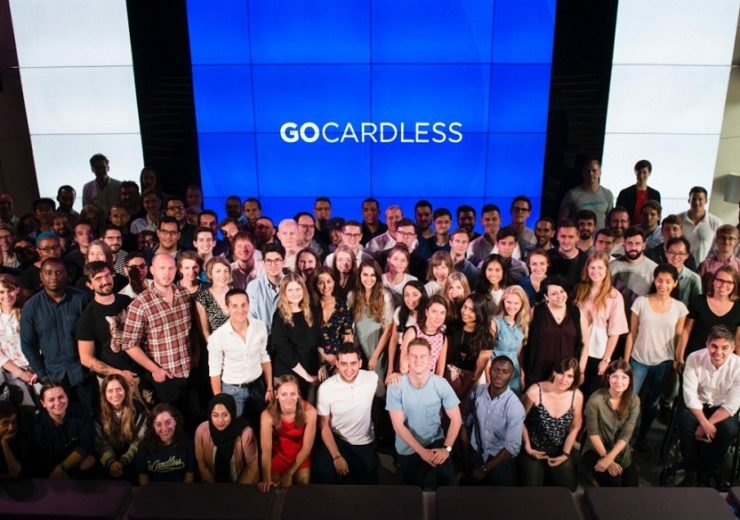 GoCardless has steadily grown its B2B-focused direct debit platform in the UK and is now looking to establish itself on the international stage with help from a new round of venture funding. Andrew Fawthrop talks to senior executives about the company’s growth to date, the appeal of its product and why 2019 is the year it aims to become a global brand

Subscriptions are fast becoming the default payment model for many businesses today, with customers paying a monthly fee to access the likes of Netflix, Spotify or their favourite news outlet.

This is driving a switch from one-off payments for a product to recurring payments for a service, with research from London fintech GoCardless showing almost a fifth of global business payments are now based on a recurring model of some kind.

The company has identified an opportunity within this trend, and has designed a direct debit platform that helps businesses more easily keep control of recurring payments and make sure they are getting paid on time.

“Using systems that are unfit for purpose is killing businesses. A global network for bank debit is an absolute necessity in allowing businesses to easily collect recurring payments anywhere, in any currency.”

With clients including TripAdvisor, the Guardian and Thomas Cook, the business-to-business (B2B) payments specialist is now looking to establish its product on the international stage, and yesterday (18 February) announced a $75m (£58m) funding round that will help it to do so.

Growth is on the agenda for the GoCardless direct debit platform

GoCardless is a company that has undergone speedy growth since it was founded in 2011 by Mr Takeuchi with friends Tom Blomfield and Matt Robinson.

Each of the trio have tales to tell since going into business together.

In 2016, Mr Takeuchi was involved in a road accident while cycling and paralysed from below his chest – but it hasn’t stopped him from leading the company.

Despite these disruptions, GoCardless has developed a 290-strong team, multiplying weekly, and subscriber numbers to its platform have increased at a rate of 100% year-on-year.

It has more than 40,000 global merchants running transactions through its system each month, and is now processing $10bn (£7.7bn) of payments annually.

He recalls a day in December when his new team processed one million transactions in a single day for the first time, and the buzz of excitement that surged around the office.

This growth potential was something that attracted him to GoCardless at the outset.

He says: “I was looking for a role like this last year – a British company with the scale where you can do some damage.

“Big enough to have the resources to make a dent in the universe, as Steve Jobs would say, but also small enough that you could make an impression on it and build something new.

“I was also looking for a company in a growth market and also one that has the potential to take a British business around the world.

“And in the current economic and political climate, it’s not a bad time to be doing that – creating a British global businesses – and we have the potential to do it.”

The GoCardless website sets out the company’s mission as being to “bring direct debit into the digital age” – because in a landscape where recurring payments are proliferating, many businesses are stuck with outmoded ways of collecting them.

Mr Morgan says: “The subscription economy has exploded in the last few years, because we’ve all stopped buying stuff and started subscribing.

“It’s massive, and it’s changing the way we all do and buy things – and until now what most people have used to run subscriptions are credit or debit cards, because it’s quick and convenient to set up.

“But the downside of credit and debit cards is that they’re expensive – with 2% to 3% of transactions going into the network.

“And it also causes a lot of churn – because your credit or debit card changes every couple of years.”

What GoCardless provides is an alternative to the old card-based debit mechanism, offering instead a digital platform through which businesses can collect, process, and monitor recurring payments via bank debits.

“The internet has changed everything but payments”, says Mr Morgan.

“And I think in the same way we all use different methods to pay for our lattes today, B2B payment is going to see the same kind of transformation in the next couple of years.

“I think there’s going to be a complete revolution in B2B payments, driven by the desire to reduce costs – both transaction costs and the cost of waiting 45 to 60 days to get your bills paid – by the subscription economy, and by international trade.”

Why GoCardless is focusing on direct debit

Mr Morgan explains how subscription-based businesses can suffer significant customer churn due to card expiries because when it comes to renewing a payment, it suddenly throws up the option of cancelling altogether.

“Direct debit doesn’t do that”, he says. “It eliminates churn in a subscription business, which can make a huge difference – not losing 10% to 15% of your customers in a year.

“And it’s also lower cost. We charge customers a lot less than a credit card mechanism – out rate is just 1% and is capped at £2 in the UK.”

Mr Morgan believes that because the evolution of recurring payments has crept up on businesses, the issue for many of how they deal with them is “a problem people haven’t yet realised they’ve got”.

The GoCardless platform is designed to improve this process, because “there’s probably no more high-value problem than getting paid on-time, cost-effectively and reliably”.

Businesses can manage all of their direct debit arrangements in one place, receiving information about payment requests and due-dates.

This ability to have greater awareness of the movement of payments within a business is one of the big benefits of the GoCardless platform in Mr Morgan’s view.

He says: “Predictability of cash flow is important for any business, and we give that visibility and cash flow predictability – which is what keeps a business alive.

“We’re right there in the flow of funds of a business, helping manage it.”

So far, GoCardless has established a strong footing in the UK market but its focus this year is turning to international expansion.

It has a strategy in place to grow its global presence into 35 different markets across nine separate payment schemes – something that would provide 70% coverage of the world’s economies.

There are already GoCardless offices in France, Germany and Australia – with Spain, Canada and the US the next in line for a regional presence.

Mr Morgan has a 30-year career working with international technology companies, having worked with the likes of Oracle and Adobe, as well as smaller ventures like Chordiant Software and Omniture – US start-ups which he helped to establish a European presence.

Now he is tasked with using this global marketing experience to help GoCardless broaden its payments platform internationally.

“This is the year for international expansion at GoCardless”, he says.

“Everything’s in place for a really great year, and taking this great British fintech company around the world, building our brand around the world and making it into a global company.

“This is definitely the year of making GoCardless a global brand for business.”

The funding round will primarily be used to bankroll the global expansion, which will give businesses around the world access to a unified bank debit network for accepting and processing subscription, instalment and invoice payments.

CEO Hiroki Takeuchi says: “Thanks to the support of our investors we can now open up our global network and payments platform to more businesses across the world, delivering on our mission to take the pain out of getting paid, so that businesses can focus on what they do best.”

The company will also use the new funds to launch innovations in its recurring payment platforms, including easy access to cross border payment services like foreign exchange, boosting business cash flow with instant settlement, and increasing transaction success rates through payment intelligence.

The road to change