It had a meteoric rise to prominence, but the Revolut disruptive banking project has been dogged by public image problems in recent months 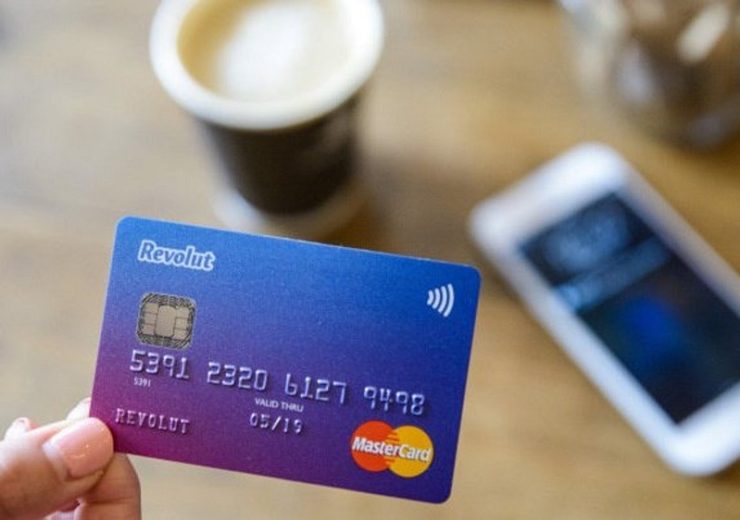 From “single-shaming” adverts on the London Underground to accusations of a toxic workplace culture, it’s been a rocky few months for online banking pioneer Revolut – and no doubt a busy one for its PR team.

Following its rapid rise to unicorn status on the back of an exciting mobile banking product with innovative currency exchange features, the digital challenger’s whirlwind ascendancy has somewhat stalled this year, with its public image blighted by controversy and transparency issues.

Questions have been raised about its ability to cope with this speedy growth from what CEO Nikolay Storonsky described as a “scrappy little start-up” into a fintech heavyweight valued at $1.7bn (£1.3bn), with ambitions of extensive global expansion.

High employee turnover, particularly at senior levels, has been a hallmark of the London company throughout its history, with Storonsky recently claiming the speed of change has created the need for regular new appointments.

Here we take a closer look at Revolut, including its rise to prominence and the issues that have dogged it so publicly in recent months.

Co-founded by Storonsky and CTO Vlad Yatsenko in 2015, Revolut was one of a wave of digital disruptors looking to shake up the personal finance industry by using technology to develop innovative, modernised banking products.

Busily adding new features to its app, like loans and cryptocurrency trading, Revolut grew quickly on a swell of enthusiasm for disruptive finance across Europe, and in the UK in particular, where it is headquartered.

Storonsky is an avowed workaholic, on record as dismissing the notion of having a work-life balance when trying to develop a successful start-up – something which has no doubt played a part in the firm’s rapid progress.

This dedication to the cause, however, would later play into accusations of a tough workplace culture, with high pressure put on staff and excessive workloads.

By 2018, just three years after its launch, Revolut had achieved unicorn status, and became a member of an elite club of tech start-ups to reach a valuation of over $1bn (£753m).

In December, its application for a European banking licence was approved by the European Central Bank, giving it official status as a bank, and not just a technology company with financial products.

It was a star of the challenger bank scene, with an offbeat social media presence boosting its image among young, tech-savvy users as a true alternative to the stuffy old world of finance.

But in February this year, Revolut’s quirky advertising style caused an unwelcome stir in the UK, resulting in claims of a “tone-deaf” approach and data misuse – and a referral to the Advertising Standards Authority.

A Valentine’s Day-inspired billboard on the London Underground, asking 12,750 people who used their Revolut app to buy a takeaway-for-one the question ‘you ok hun?’, caused a backlash on social media and in the press, labelled tone-deaf and intrusive by onlookers.

Iona Bain, a financial commentator who runs the Young Money Blog, likened the advert to a Bridget Jones-era throwback – lacking the “progressive” outlook that has come to be associated with fintechs.

How much does this ad infuriate me? Let me count the ways. Firstly, patronising language & awful single-shaming more redolent of early 2000s Bridget Jones, not a modern and empowered fintech brand (1) pic.twitter.com/rnIg3YXRfq

It was later revealed that the figures used in the advert, which imitated an earlier campaign by music streaming service Spotify, had been fabricated by Revolut – so rather than be accused of misusing customer data, the fintech was instead referred to the advertising regulator for using false information in its creative.

In either case, it was a very public gaffe, and a reminder that for all the firm’s tongue-in-cheek media presence, there is a fine line between appearing provocative and simply coming across as arrogant.

One source said she was instructed to recruit 200 new clients for Revolut in the space of a week, as part of her job application process in Spain.

It was not the first rumour of discontent to emerge from within the Revolut workforce, with the suggestion being that Storonsky’s own attitude to sacrificing the work-life balance characterises the working culture, resulting in an environment where key performance indicators are king, and employee wellbeing is an afterthought.

Such was the impact of the article that the CEO penned a blog post in reaction to it, titled “Revolut’s culture: The past, present and the future”.

In it, he said: “The point of this open letter is not to make excuses or attempt to rubbish the claims in the [Wired] article, but to admit that we haven’t always gotten things right, and to emphasise that we are not the same company that we were 12 to 18 months ago, when these mistakes were made.

“Our internal working culture has been evolving as fast as our business, and we have come a long way from where we were before.

“When I look back at some of our past mistakes, I’m certainly not proud of them, but I am proud of what we have learned along the way, and the direction that we’re now heading in.”

The post touched on the fact that Revolut’s lightning growth had caused issues in dealing with staff, noting that “what works for five people doesn’t for 80, or 800”.

Storonsky admitted to past failings, but said action had been taken to address the problems, including regular staff surveys and reviews, and new recruitment policies.

On top of all this, Revolut became caught up in regulatory and compliance issues regarding a money laundering screening process in 2018.

A Telegraph article claimed an automated system designed to stop money transfers flagged for security checks had been switched off for a three-month period between July and September, allowing thousands of transfers to occur “without having been fully checked for sanctions compliance”.

It prompted yet another blog post from Storonsky, in which he disputed the report and referred to it as “misleading information”.

He said the system in question was an additional layer of security that was being tested, and had been switched off because of unsatisfactory performance, and the identification of multiple false positives.

“At no point during this time did we fail to meet our legal or regulatory requirements,” he wrote.

“We conducted a thorough review of all transactions that were processed during this time, which confirmed that there were no breaches.”

Whatever the exact details of the incident, it raises the important issue of transparency – something that is supposed to set fintechs apart from their incumbent counterparts – and the duty of banks to report issues of such significance to regulators.

Revolut says it did not inform the Financial Conduct Authority of the event because it had not resulted in “a breach of any sanctions or money laundering laws and requirements”, but the finance watchdog has since confirmed contact with the fintech over the issues raised by the article.

Earlier this month, the co-chief executive at investment firm Standard Life Aberdeen, Martin Gilbert, was announced as taking an advisory position at Revolut – a role in which he is expected to support Storonsky in navigating the firm through the choppy waters of regulatory compliance and governance.