Open banking explained: A simple guide to year one and what lies ahead

It's been up and running for more than a year now, but the open banking revolution has yet to really catch fire. Andrew Fawthrop takes a closer look at the initiative and what the near future holds 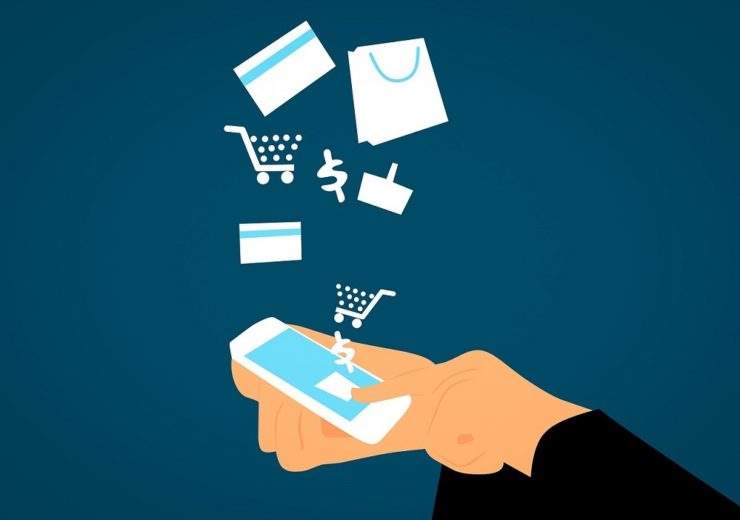 Mobile wallets can be used to pay for goods digitally

Open banking in the UK celebrated its first official birthday this month – and has undoubtedly made its presence felt in the year since new rules designed to shake up the banking industry were introduced.

A mix of smart entrepreneurship and technological innovation has seen a number of new companies claim a foothold in a financial market long-dominated by traditional high-street lenders.

From personal budgeting apps to credit score rating platforms, open banking has unlocked a door to an array of new personal and retail banking options for UK customers.

Yet for all the talk of a so-called financial revolution, the established banks continue to lead the way, while open banking upstarts make slow progress in disrupting the marketplace.

Open banking is the UK’s response to PSD2 – an EU directive requiring banks to share customer transaction data with licensed third parties when requested to do so by the user.

Introduced in January 2018, it is a regulatory roadmap – developed by the Financial Conduct Authority (FCA) and the Competition and Markets Authority (CMA) – created to transition UK payment services companies towards PSD2 compliance.

A clear goal is to promote competition in the banking services industry by creating more opportunities for innovative finance services – as well as giving consumers greater control over how they choose to manage their money.

The UK’s banking scene has historically been, and still is, dominated by a handful of large institutions, with very little competition between them – the old adage being that a person is more likely to get divorced in their lifetime than change their bank account.

Reflecting on the first year of open banking, the CMA’s head of open banking Bill Roberts explains: “The CMA found that older, larger banks don’t have to work hard enough for customers’ business, while smaller and newer banks found it difficult to grow and access the market.

“As a result, the bigger banks had commanded a very large share of the market for decades.”

Open banking seeks to change that landscape by creating an environment where more options can become available to customers.

It enables transaction data to be shared via application programming interfaces (APIs) – essentially granting access from one company’s software to another’s to enable the transfer of data between the two parties.

Effectively, individual customers are given ownership of their own financial transaction data, giving them the choice of passing it on to other licensed companies that can then use it to provide an alternative finance service.

What is the CMA9?

A key early objective of the open banking initiative was to get the UK’s nine biggest financial service providers to conform to the regulator’s new rules and standards.

Named the CMA9 after the body that regulates them, the list comprised Barclays, Lloyds Banking Group, Santander, Danske, HSBC, RBS, Bank of Ireland, Nationwide and AIBG.

Despite delays in meeting deadlines in a few cases, each of these banks has now reached compliance with open banking criteria – meaning their APIs meet the required standards and allow authorised third parties access to customer data.

How has the first year of open banking progressed?

There was a fair amount of hype heralding the introduction of open banking rules, with excited whispers of an incoming industry revolution thrown around in some quarters.

But the reality is there was never likely to be a sudden change that would see disruptors going toe-to-toe with the big banks and toppling the traditional giants.

Kit Carson, head of banking and fintech at market analysis firm GlobalData, believes expectations need to be managed, and time given to allow open banking to establish itself before significant changes are noticed in the market.

He says: “Open banking will be transformative, but not at year dot. It will take time to mature.

“Year one has been good in so far as creating the opportunity for online banking to grow.”

For him, getting the CMA9 to comply with regulatory standards has been an important milestone and a significant achievement for the first year in open banking, laying important groundwork on which future developments can be built.

Imran Gulamhuseinwala, trustee of the Open Banking Implementation Entity (OBIE), the body tasked with overseeing the UK’s open banking roll-out, adds: “Banks have very firmly moved from viewing open banking as a compliance exercise to an opportunity to compete and innovate.

“They have worked hard to implement the standards despite many challenges and an ambitious timescale.

“Yet already we have seen some impressive early signs of new technologies powered by open banking – even though we are only mid-way through our roadmap, with lots more to come.

“Consumers are gradually being offered products and services which will securely help them move, manage and make more of their money.”

He believes it is not only individual customers who stand to benefit from the UK’s open banking regulations but also more than five million SMEs, which can harness the new technologies to suit their business needs.

While the attention of many of the bigger banks has been focused on preparing for this new regulatory landscape, a growing number of fintechs have looked to get a head-start and take advantage of the opportunities presented by open banking.

Perhaps the most notable area in which these firms have so far been able to exploit open banking is in personal finance and digital banking apps – such as Monzo, Starling, Atom and N26.

These disruptors have taken significant strides in establishing themselves as players on the UK banking scene, with digital-first current accounts offering personalisation and flexibility options for users.

At last year’s British Bank Awards – which is voted for by the public – Starling scooped prizes for best British bank and best current account provider, seeing off competition from all the major banks.

Speaking after receiving the awards, Starling CEO Anne Boden said: “Our mission is to empower consumers to take control of their money and manage their finances on their own terms.

“This goes beyond just traditional current accounts, we want to change the way people manage all of their finances.”

Challenges for the challengers

Financial service companies wanting to follow in the footsteps of Starling or Monzo and establish themselves as third-party providers must first receive authorisation from the FCA – to ensure their products meet the technology and security standards of open banking.

Banking licences also need to be obtained from the Bank of England – and given the nature of the information being collected and shared by open banking businesses, there is a high importance placed on making sure comprehensive checks are carried out to keep customer transaction data safe.

These checks take time and so inevitably there will be a waiting list as more and more businesses try to get certified.

Consumer confidence in new digital banks is another challenge facing new companies looking to get involved with open banking.

There is undoubtedly a sense of apathy among banking customers in the UK who are accustomed to the same old household names being their only personal finance options – and new brands appearing in the market asking for access to personal finance data will have to work hard to earn the trust of wary customers.

GlobalData surveyed 5,000 people in the UK for its Global Digital Consumer Analytics 2018 report and found that 41% of consumers remain against the idea of purely digital banks – with 30% still on the fence.

Some 67% admitted they’d prefer to use a bank that has branches – with only 9% saying this wouldn’t impact on their decision – while an established reputation is a big driver for 73% of respondents, versus 4% who don’t believe a strong track record matters.

Online banks like Monzo and Starling are only at the beginning of their journeys in turning the tide of customer opinion – and as open banking innovators become more commonplace with time, it’s expected the rate of acceptance for new banking options will increase.

What does the future hold for open banking?

Open banking is still very much in its infancy, but significant groundwork has been done to pave the way for future innovation and greater competition for the established lenders to contend with.

The big banks will have to keep pace as the rate of change picks up – whether that be through their own internally-developed innovations, partnerships with young fintechs looking for support for their ventures, or simply through acquisitions of emerging talent.

The OBIE’s Mr Gulamhuseinwala, who has also worked as EY global fintech lead, says: “It is clear that there are signs of an emerging dynamic, vibrant and developing ecosystem – an ecosystem which is rapidly becoming more sophisticated and expansive in its coverage.

“But with the line of sight we have into the open banking ‘pipeline’, this is going to considerably ramp up in 2019.

“Today, we have over 100 regulated entities enrolled in open banking with in excess of 100 waiting to join.

“We expect the ecosystem to develop with even greater momentum and pace – not least as we see greater conformance with the implementation of the standards, as well as greater innovation in the market.”