The second instalment of UK banking league tables based on customer opinion have been published, with personal account holders and SMEs having their say. 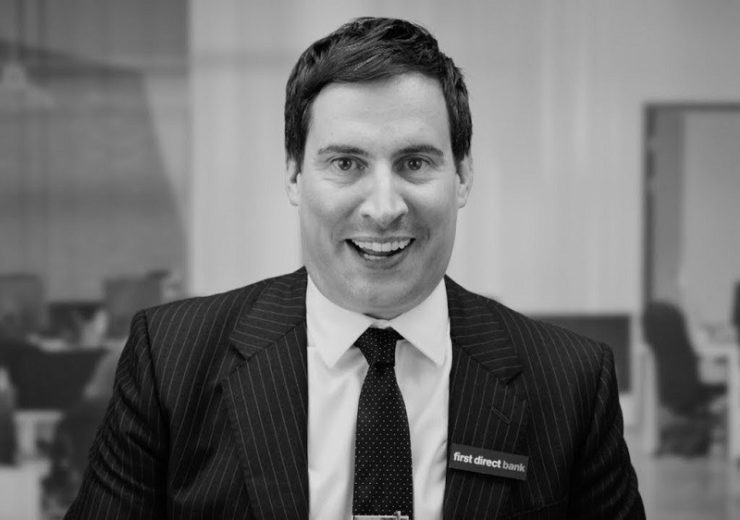 To celebrate the victory – and the fact its rivals would be legally required to publish evidence of it in their own branches – first direct launched a series of tongue-in-cheek adverts “apologising” to other banks for showing them up.

But those bragging rights have now been lost, with the latest version of the league tables revealing Metro Bank has overtaken first direct at the summit of the personal banking customer satisfaction table.

A Metro Bank spokesperson said: “We are extremely proud to have secured the top spot for our personal current account.

“Our offering is simple. We believe in providing the very best in service and convenience for both consumers and businesses, and this latest set of results speaks for itself.”

First direct will have to concentrate on upping its game once more if it wants to retake the lead from Metro when the rankings are updated in six months’ time.

Until then, it will have to hold off from publicly patting itself on the back, and earn back its right to showboat.

What are the UK’s new banking league tables?

An investigation was launched in 2016 by UK market regulators into how to boost competition in a stagnant retail banking industry – the result of which was the publication of customer satisfaction league tables for the first time last year.

New rules were put in place by the Competition and Markets Authority (CMA) and Financial Conduct Authority (FCA) requiring banks to regularly publish information on how likely their customers are to recommend their services to friends, relatives or other businesses.

Last August saw the first version of league tables based on this data, which ranked UK retail banks by their customer satisfaction score in a bid to encourage people to switch providers more often – for both personal and small business accounts.

The big winners last time out were first direct, which topped the personal account list; Handelsbanken, which led the way for small business accounts; and Metro Bank, which scored highly in both surveys.

Six months later, and the second instalment of customer service league tables has now been published.

CMA chief executive Andrea Coscelli said: “We introduced this survey last August so that people can see exactly how well banks are treating their customers.

“If people are unhappy with the customer service they are currently getting, I would encourage them to look at the results and think about switching to a better performing bank.”

Here we take a look at the latest scores to see which retail banks are keeping their customers happy and which are not.

Customers of the 16 largest personal current account providers in Britain were asked if they would recommend their bank to friends and family, with 16,023 people surveyed in total.

The latest figures show Metro Bank managed to edge out first direct to claim the top spot for overall quality of service – with 83% of customers saying they would be likely to recommend it as a current account provider to friends and family, compared to 82% for first direct.

First direct topped the standings back in August – heading off Metro Bank by 2% – but has since experienced a slight dip in customer satisfaction levels, allowing its rival to move ahead.

These two banks again lead the rest of their competitors by some distance, with third-placed Nationwide trailing with 72% of its customers likely to make a recommendation.

Metro Bank will welcome a bit of good news – although it is unlikely to take too much of the sting out of last month’s woes, when the lender’s financial results revealed an accounting error that spooked investors and caused its stock market valuation to drop significantly.

At the other end of the table, there was bad news once more for the Royal Bank of Scotland, which extended its residence at the bottom of the pile with just a 47% customer satisfaction rating.

There was little movement elsewhere in mid-table, with the likes of Barclays, Santander and HSBC all jockeying for position around the 55% to 65% region – just as they were six months ago.

Other sub-categories were also assessed, with league tables for online and mobile banking services, overdraft services and in-branch services all scrutinised.

First direct claimed top spot for both its digital and overdraft offerings, but was excluded from the in-branch category because it doesn’t operate physical bank branches.

Metro Bank was the standout winner for in-branch satisfaction – perhaps unsurprising given its core strategy is highly focused on customer service and developing a network of physical outlets across the UK.

TSB suffered a big decline in the number of customers willing to recommend its online and mobile banking services, falling from 70% in August to just 59% in the latest release.

This loss of confidence in the bank’s digital products is most likely explained as part of the continued fallout from last year’s IT failure, which left thousands of TSB customers locked out of their online accounts for a number of days.

The 14 biggest business current account providers in Britain were also assessed on whether their customers would recommend their services to other SMEs, with 19,643 users surveyed in total.

The top three performers in the overall service quality table remain unchanged from August, with Handelsbanken leading the way from Metro Bank in second and Santander in third.

Down at the bottom of the list, Royal Bank of Scotland climbed up one place from last, despite its customer satisfaction score actually falling by 1% over the past six months.

The reason for that was the sharp decline of TSB, with the proportion of customers who were likely to recommend it dropping from 51% in August to 42% in the most recent results.

Again, this is probably accounted for by the IT failure, with only 38% of small business customers saying they would recommend TSB based on its online services this time around.

Yorkshire Bank, meanwhile, was a notable mover in the mid-table, climbing its way up from eighth to sixth, as its overall score rose from 53% to 57%.

As was the case last August, Handelsbanken topped the charts in the categories for overdrafts and loans, relationship and account management, and in-branch service.

Its online and mobile services were not rated very highly by small business customers, however, with only 64% saying they would be likely to recommend it based on these products – a score only good enough for sixth place.

Barclays was the standout winner for online and mobile services among SME customers, with more than 76% saying they would recommend its services to others.