UK bank branch closures: A look at recent trends among the Big Four

Following Santander's decision to axe 140 local bank branches across the UK, the Big Four's approach to their own networks is put under the spotlight 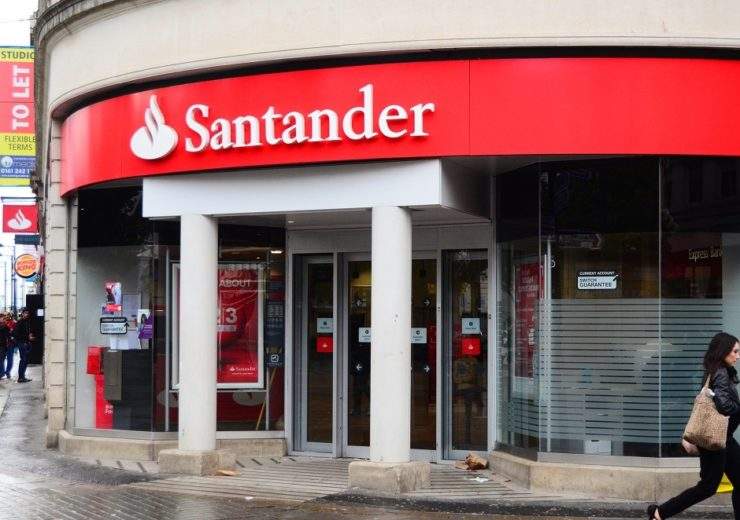 Barely a month goes by without a new raft of bank branch closures being announced – with Santander becoming the latest financial institution to cut its retail stock this week.

The bank announced plans to shut 140 locations on Wednesday, citing “changes in how customers are choosing to carry out their banking”.

The move will affect 1,270 jobs – a third of which Santander expects to be able to redeploy to other areas of its business.

Closures are scheduled to begin in April and continue in phases throughout the remainder of 2019.

The news continues a recent trend of major banking groups in the UK shrinking the size of their local branch operations, as evolving customer habits towards online banking lead to fewer people choosing to visit their local bank.

Responding to the news this week, the Federation of Small Businesses’ (FSB) national chairman Mike Cherry said: “Of course habits are changing – more than 90% of our members bank online – but lenders should do more to help consumers and small business owners transition to new banking methods.

“There are still actions that we as small business owners have to sign-off in a branch, in-person. That includes when we’re trying to switch to more competitive account providers.

“Equally, we need somewhere to turn when online services fail.”

Santander plans to invest £55m over the next two years in refurbishing 100 of the bank branches in its remaining 614-strong network.

Why are there so many bank branch closures in the UK?

Simply put, the more that people make use of online banking, the less need they have for physical branches.

According to a report published last year by UK Finance, more than 70% of UK adults now use online banking and the number of user log-ins to banking apps during 2017 rose 13% year-on-year to 5.5 billion.

As footfall declines, the high running costs of keeping the lights on in local branches are increasingly being scrutinised by banks as they look for ways to save money.

A recent survey of 13,000 people by financial services review website Smart Money People found that, in 2018, going into a branch was the preferred way of banking for only 11% of people in the UK.

This is compared to 38.6% who preferred to use online banking, and 39% who prefer to use apps.

During 2018, Barclays closed more than 150 branches across the UK, leaving it with 1,058 in its network at the end of the year.

Since the start of January 2019, it has closed 14 branches and, according to information on its website, has plans to close a further 27 locations during the first half of this year.

A spokesperson said: “The size and shape of our branch network is dependent on how and why our customers use them, and is therefore subject to change.

“Where we do take the difficult decision to close a branch, we work closely with the local community to understand their needs and whether there is an alternative solution we can provide.”

HSBC, meanwhile, has taken the approach of maintaining its footprint of local branches over the last year.

No outlets were closed during 2018 – and in November, a flagship branch was opened within its new personal banking headquarters in Birmingham.

The 11-storey building is heralded for its green sustainability credentials and bringing the range of the bank’s network up to 626 locations nationwide.

An HSBC spokesperson said: “There are no current plans to make further closures, but we can never say never.”

“We have to ensure we have a sustainable branch network.”

Across all its divisions in the UK, which include Natwest and Ulster Bank, RBS closed 431 branches during 2018 – leaving it with 899 locations in its portfolio at the end of the year.

Last September, the bank also announced plans to close 54 branches in England and Wales during January 2019 – a move expected to result in 258 redundancies.

This represents the largest share of branch closures in the UK among all the Big Four banks during the last year.

RBS cited the shelving of plans to launch a new challenger bank Williams & Glyn as a reason for reviewing its overall branch footprint, as well as changing customer habits towards online banking.

A spokesperson said: “The way customers bank with us has changed radically over the last few years.

“Since 2014, branch transactions across RBS in England and Wales are down 30%.

“During this same period, there has been a 53% increase in the number of customers using mobile banking and mobile transactions have increased by 74%.”

RBS has confirmed it does not plan to further review its local network until 2020 at the earliest.

Lloyds Banking Group (LBG) – which owns Lloyds Bank, Halifax and Bank of Scotland – closed down 108 branches in its network during 2018 – giving it a total of 1,735 UK branches as of the end of the year.

An LBG spokesperson said: “We continue to review our presence to ensure that our branches are located in the right places.

“Any future closure decisions will be driven by customer behaviour and when we make the difficult decision to close a branch, our colleagues, customers and the local community will be the first to know.

“We know that branches play an important role in our customers’ lives, which is why we continue to invest in our branch network to make sure we are there for our customers when they need us.”