What is the Loot app? The fintech start-up for millennials backed by RBS

Royal Bank of Scotland has invested £2m in the Loot app as the London fintech aims to take on other challenger banks such as N26, Monzo and Revolut 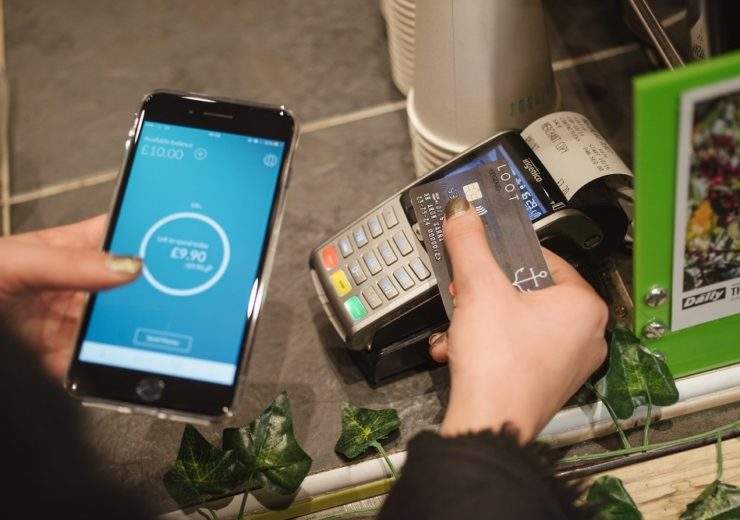 It’s one of a growing number of fintech start-ups to have emerged in recent years as part of the UK’s open banking revolution – and 2019 is already proving to be a big year for the Loot app.

The fintech kicked off the year by securing £2m investment from the Royal Bank of Scotland (RBS), before undergoing a rebranding exercise to reinforce its appeal to young people.

This followed a previous £3m backing by RBS in July 2018 and gives the UK lender a 25% share in the digital banking service, which has more than 175,000 users.

The disruptor is one of many relative newcomers to the UK finance sector taking advantage of open banking regulations to challenge the dominance of high street banks by offering more modernised approaches to personal finance.

But what is the Loot App? We take a closer look to see why RBS decided to invest in a UK start-up bidding to take on the likes of Monzo and Revolut in the challenger bank space.

What is the Loot App?

Founded in 2014, London-based Loot is the brainchild of Welsh entrepreneur Ollie Purdue, who identified a demand among young people – particularly 16 to 25-year-olds – for more simplified and flexible control over their money management.

Loot’s digital current account is primarily aimed at millennials and students looking to keep a close eye on their budgeting, allowing users to monitor their spending in real-time and set personalised budgeting targets through a mobile app.

Individually-tailored saving goals can be set up, along with spending notifications – with the idea being that users can more easily keep track of how much they’re spending, and on what.

Speaking about his venture at the Digital Festival 2018 in Cardiff last May, Purdue said: “The millennial market is very money-aware.

“They know they want to go out and do lots of cool things but at the same time making their budget last until the end of the month is a challenge.

“In our experience, 80% of them worry about making ends meet and want answers to really basic questions like how much they spend, how much they can spend and if their spending is normal.”

How the Loot app works

Users of the Loot app receive a contactless Mastercard payment card to get things up and running, and are then able to set up various preferences within the mobile app depending on how they want to manage their money.

A desktop app is also on hand in case of lost or stolen phones, as is the ability to pause card activity at any time.

Transactions can be viewed in real-time to give insights into personal spending habits, while daily or weekly budgets can be created to keep outgoings under control.

Any leftover money can be put towards individualised saving goals, whether it be a holiday or a night out.

The account can be used overseas in more than 200 countries without additional fees being charged and Loot uses the Mastercard wholesale rate to make currency conversions – which it also displays within the app.

Users are only permitted two free cash withdrawals per month, however, and will be charged £1 each time they withdraw money after that.

Why has RBS invested in Loot?

Open banking initiatives in the UK in recent years have created opportunities for tech start-ups to develop products that make use of newly-available personal finance data to offer banking services that are customisable to each individual.

Other challenger banks like Monzo, Starling, Revolut and N26 have all made names for themselves by shaking up the financial market with their digital-only banking platforms.

The Big Four banks have realised the need to respond to this digital revolution and are taking steps to improve their own digital offerings – either by developing their own in-house solutions or by investing in existing start-ups.

The investment in Loot by RBS, via its soon-to-be-launched digital retail bank Bo, appears to be the latest step in its attempts to update its own digital portfolio.

Mark Bailie, the former RBS chief operating officer who heads up Bo, said this week: “Loot is a really exciting brand and one that we’re proud to be associated with.

“Through its innovative use of technology and intention to change the status quo, it’s quickly built a following of loyal customers, with potential for rapid future growth.”

Fresh off its RBS capital injection, Loot has now overhauled its company branding – unveiling a fresh look and updated features.

Its logo and fonts have been redesigned, and the app itself has been modified to make the interface more user-friendly.

As part of the brand refresh, Loot is also tweaking its budgeting tool – allowing even greater scope for personalisation.

Users will be able to configure the feature to their own personal income, and make use of a “budgeting circle” – a visual display that gives expenditure insights and changes colour depending on the user’s spending rate.

The feature is also in the process of being updated to estimate left-over cash flow from a specific budget – the monthly payment cycle, for instance.

This gives individuals the chance to plan ahead for expected shortfalls or surpluses during a designated period, based on the rate they are spending.

Mr Purdue said: “The Loot brand refresh is the first of many exciting projects for us this year.

“Following investment from RBS we’re sure 2019 will be another hugely successful year for us and we’re excited to see the new app features come to life.

“It’s great for us to see our service empowering young people and we’re sure the new design will only enable more customers to learn about their money and better understand how to budget, so they can spend more on the things that matter to them.”