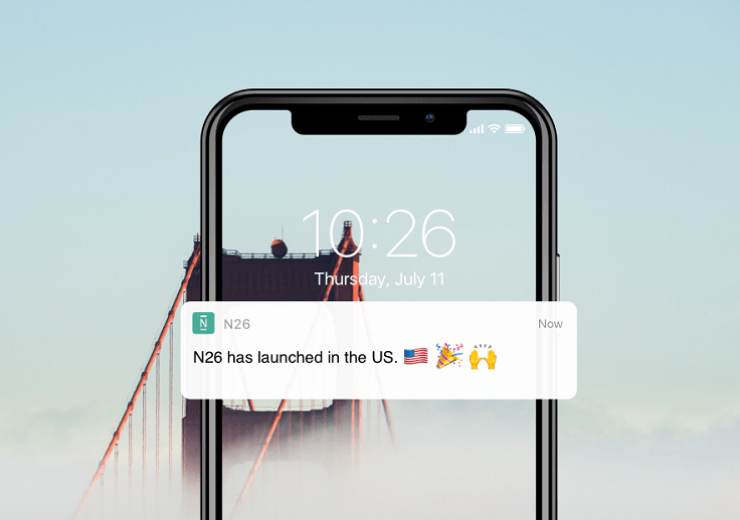 German challenger bank N26 has made its first foray out of Europe and into the USA market as it looks to bring disruptive personal finance products to an American audience.

The launch begins with a staged rollout, with the 100,000 customers currently signed up to the fintech’s USA waiting list able to sign up and access a beta version of the banking app, while a full public launch pencilled in for later this year.

The move precedes a planned entry into the Brazilian market and follows in the footsteps of UK rival Monzo, which announced its own American venture last month, as the pair look to repeat their European successes stateside.

N26 CEO and co-founder Valentin Stalf said: “The USA launch is a major milestone for N26 to change banking globally and reach more than 50 million customers in the coming years.

“We know that millions of people around the world, and particularly in the USA, are still paying hidden and exorbitant fees and are frustrated by poor banking experiences

“N26 will radically change the way Americans bank as it has done for so many people throughout Europe.”

The digital disruptor has partnered locally with Axos Bank to ensure deposits in its current accounts (checking accounts for US customers) are insured by the Federal Deposit Insurance Corporation (FDIC).

Many mobile-first challenger banks in the USA elect to follow this partnership route, as obtaining a banking licence in the country is a very costly and time-consuming process.

USA regulators are yet to offer a framework akin to open banking and PSD2 in Europe designed to ease the path for innovative fintechs to establish themselves in the market.

While the likes of Chime, SoFi and Simple have made headway in the USA as digital challenger banks offering app-based current accounts, the American banking system notoriously lags behind its European counterparts in terms of fintech disruption.

But the size and potential of the USA customer base has attracted the attention of European fintechs like Monzo and N26 – while Revolut is expected to make its own move into the market as part of a global expansion which kicked off in Australia last month.

What N26 is offering customers in the USA

N26’s initial USA offering will be an app-based current account linked to a Visa debit card, with transaction activity displayed within the app and personal finance tools like spending limits and card locking available to customers.

“Starting today, you can sign up entirely from your phone in just five minutes. There are no account maintenance fees or minimum balances required.”

Berlin-based N26 launched in 2015 and has since gone on to attract more than 3.5 million customers across 24 European markets, generating more than €2bn ($2.2bn) in monthly transaction  volume.

It has raised more than $500m in venture funding and employs 1,300 people worldwide.