What impact could a no-deal Brexit have on the future of the UK banking industry?

Future of UK banking industry: As the UK prepares to withdraw from the EU financial services companies are readying themselves for a no-deal scenario 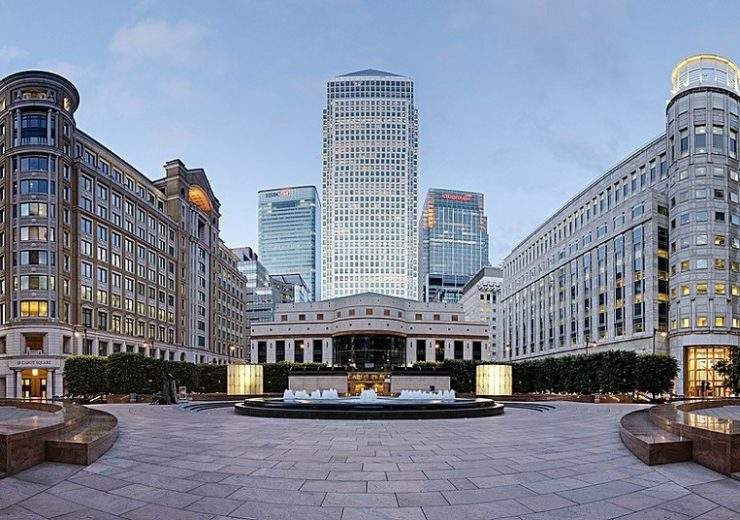 Canary Wharf, London was at the centre of the 2008 UK financial crisis (Credit: David Iliff via Wikipedia)

After UK MPs voted overwhelmingly against Prime Minister Theresa May’s Brexit deal in the House of Commons last week, a no-deal withdrawal remains a future scenario the banking industry must prepare for.

The financial sector in particular is exposed to market uncertainty as the UK economy continues to brace itself for withdrawal from Europe – especially given the majority of the UK’s financial services legislation is currently based on EU law.

Dan Crow, principal at European financial services consultancy firm zeb, commented: “From a bank’s point of view the key difference of no-deal Brexit versus the withdrawal agreement that was defeated in the UK parliament is the timing of the change.

“The withdrawal agreement included a transition period through to the end of 2020 during which the status quo would apply.

“For financial services, the future relationship would then be governed by equivalence determinations.

“In areas where no equivalence regime could be put in place, there would be no access to markets.

“No-deal Brexit would mean that the cut-off date for equivalence determinations to be made would be 29 March 2019.”

That deadline for the UK to agree an exit deal with the EU moves ever closer and financial institutions must be ready for all eventualities – including that of no-deal.

The future of the UK banking industry

Following the defeat of Mrs May’s withdrawal agreement Stephen Jones, the chief executive of the industry trade association UK Finance, issued a statement warning of a “chaotic” no-deal scenario and called for cross-party cooperation to bring clarity to the market.

He added: “There must be a sufficient transition period to enable our future relationship with the EU to be agreed and then implemented.

“Time is running out to avoid a chaotic no-deal Brexit that would be catastrophic for the UK economy.

“Firms in the finance industry have put contingency plans in place to minimise disruption for their customers in a no-deal scenario but critical cliff-edge risks remain, including on the transfer of personal data and the operation of cross-border contracts.”

In an interview with Channel 4 News, Mr Jones speculated further that the UK – and specifically London – is likely to lose its status as Europe’s leading financial services hub in the event of no-deal Brexit.

He said: “London as the European financial centre appears to most of us [inside the industry] to be over. We’ll do our best to retain what we can within the context of what is negotiated, no-deal or a deal.

“But Frankfurt and Paris will become much more important financial centres in a European context.”

Passporting: What is it – and why is it important?

One of the key issues to affect the future of the UK banking industry in a no-deal scenario will be passporting.

This is current EU legislation that permits financial services companies authorised within the European Economic Area (EEA) to conduct activities in any other EEA state, with minimal interference from local regulators.

Once Britain exits the EU it will no longer have these trading rights, meaning UK financial services will lose their unrestricted access to EEA markets – and vice versa.

If a no-deal Brexit were to happen this change would take effect immediately, without any period of transition.

In an effort to offset the immediate impact of this the UK government has laid out plans for a Temporary Permissions Regime (TPR) – allowing EEA firms currently passporting into the UK to continue doing so for up to three years while they apply for full authorisation from UK regulators.

UK-based financial services companies wanting to trade in the EEA would need to apply directly to specific regions and agree individual trading authorisations – a process which is not guaranteed to be simple or cost-effective.

A number of other regulatory issues remain outstanding, including data sharing and contract continuity for UK firms wishing to stay active in the EEA.

Could a no-deal Brexit create opportunities for the UK banking industry newcomers?

Although the view from major lenders seems to be less than upbeat, the prospect of a no-deal Brexit could create opportunities for tech-savvy, nimble start-up banks.

The last few years has seen a rapid rise of fintech companies in the UK looking to bring new and innovative ways of banking to the industry and take advantage of new open banking regulations.

One such outfit is Mojo Mortgages, a digital mortgage-brokering service using technology to streamline and modernise the house-buying process.

“Traditional finance businesses by comparison will struggle to absorb the impact that a reduction in consumer confidence may bring – inevitably leading to consolidated markets with innovative fintechs increasing market share and growth.

“The market evolution through technology is inevitable regardless, but almost certainly will be amplified and accelerated by a no-deal Brexit.”

Until a plan for withdrawing from the EU is agreed by policymakers uncertainty surrounding the future of the UK banking industry will persist.

For bigger institutions with commercial interests across Europe there are a number of regulatory issues yet to be sorted out to avoid a “cliff-edge” scenario in the event of no deal being arranged before March 29.

London is expected to lose some of its clout as a European financial powerhouse if no agreements are made to keep trading arrangements as streamlined as possible.

Yet there is optimism for smaller fintech start-ups for who opportunities may arise to capitalise on an industry shake-up.