What is Earthport? The UK payment service provider being wooed by Visa and Mastercard

After becoming a focus of attention for the two American card payment giants, Earthport and its services are fast becoming a hot topic of discussion 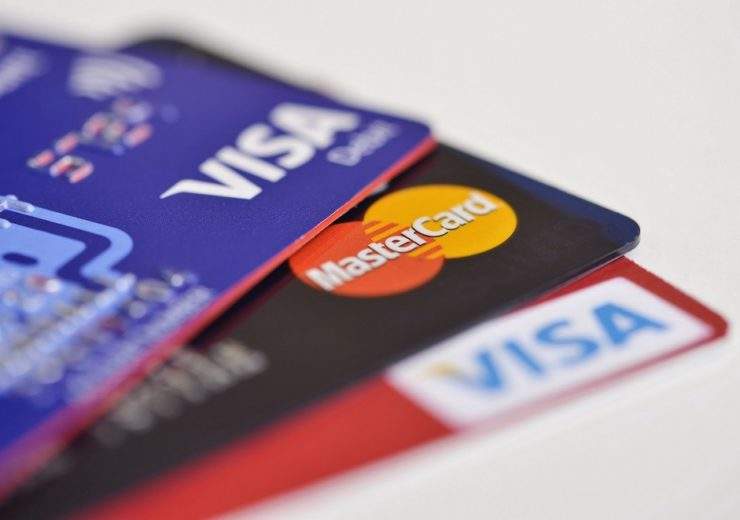 Open banking has the potential to disrupt the payments industry (Credit: Hloom/Flickr)

When Visa and Mastercard enter a bidding war, we know the subject of their fascination must be going places – as appears to be the case with Earthport.

The UK fintech, which specialises in cross-border payments services, has been around for more than two decades but has largely gone under the radar until now.

After reports surfaced of the tug-of-war between the global payments heavyweights late last week, share prices at Earthport have rocketed by 30%.

We look at the company’s background, how it works and where it’s heading.

Founded in 1997, the London-based company provides its business clients with access to a global network of banking partnerships that enable efficient money transfers between regional jurisdictions.

Although a relatively little-known business, its clients include two of the top five banks globally and four of the top 20 US banks, as well as other big names in financial services.

It is a member of the FinTech50  – an annual list of the hottest fintechs in Europe and Asia selected by some of the sector’s biggest names – and the Fintech Power 50, which recognises the 50 most influential and innovative companies that are “playing leading roles in transforming financial services for the better”.

The company is authorised an regulated by the UK’s Financial Conduct Authority and trades on the London Stock Exchange.

Prior to this sudden interest from Visa and Mastercard, Earthport had been struggling its way through a difficult period of falling stock and multi-million pound losses – in the 2017-18 financial year, it recorded an £8.5m operating loss.

Shareholders will no doubt be rubbing their hands together at the prospect of two beasts of the financial world battling it out to buy up the company’s stock.

She went on to appoint Alexander Filshie as CFO, Helen Smith as COO and John Farrell as CTO to support her.

Speaking about the company’s new management and vision late last year, Ms Mesler said: “We are moving into a new and exciting phase of evolution.

“The appointments of Alexander, Helen and John will provide us with the skills and experience to move fast and rapidly expand.

“Having a senior management team with built-in expertise in transformation, cloud solutions and finance ensures that we have the key talent in place to realign our strategy and expand our reach as a leading global payments network.”

Why do Visa and Mastercard want to buy Earthport?

According to Sam Murrant, a senior analyst at market research firm GlobalData, the showdown between the two card payment giants is the latest in a long line of moves to diversify their product offerings.

He believes both companies are “foreseeing heavy disruption” to their businesses, as the scale and prominence of online payment options continues to grow.

The rise of mobile payments, instant bank-to-bank transfers and other alternative payment tools all pose a threat to Visa and Mastercard’s traditional business models because they cut payment cards out of the transaction loop.

He added: “All of those threats are leading to the schemes moving to buy up companies that allow them to compete outside of card-based payments – Mastercard has a line in instant payments, for example, through its ownership of VocaLink.

“The Earthport buy would put whichever scheme acquires it in a stronger position for international money transfers, which provides an income stream not reliant on plastic cards.”

Share prices in Earthport have risen sharply after it became the subject of a bidding war between Visa and Mastercard.

According to Reuters, their value rose four-fold after the company was approached by Visa in late December with a purchase offer of £198m – a deal which was recommended to shareholders by company directors.

But Mastercard’s move to crash the party with its own buyout proposal late last week has changed the dynamic of negotiations.

Share prices have reacted again, rising by 30% to trade near 37p today (January 29).

Mastercard’s bid values the fintech at £233m in an all-cash deal – representing 33p per share, which is a 10% increase on Visa’s original tender.

Earthport directors have since withdrawn their recommendation for the Visa bid, instead giving their backing Mastercard.

It remains to be seen whether Visa will return with an improved proposal to trump its major rival but, for now at least, Mastercard has taken the initiative.

In a statement, Mastercard said its “experience as a global network, its bank distribution, technology and reach” would enable it to both enhance Earthport’s existing capabilities and “accelerate development of a more robust account-to-account cross-border network service”.