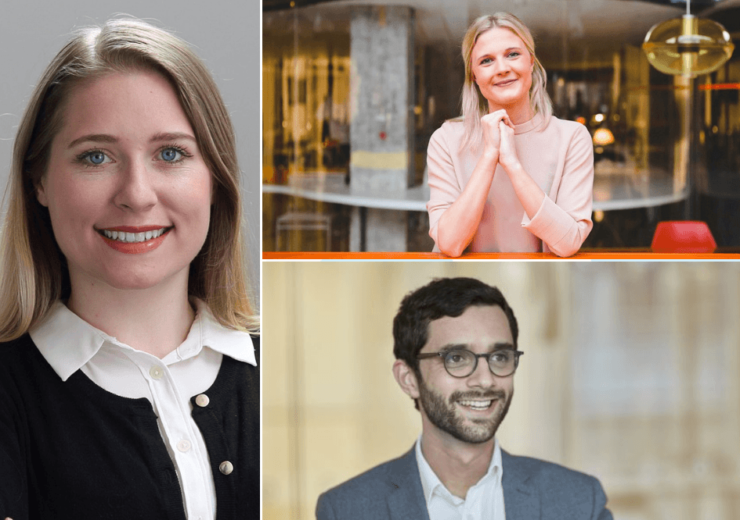 The Forbes 30 under 30 of European finance

Landing a spot on the Forbes 30 under 30 list is a significant achievement for any ambitious young person – and the talent showcased by 2019’s selection includes many future business leaders with a bright path ahead of them in the world of finance.

From podcast hosts and Instagram stars to venture capitalists and academics, we turn our attention to some of the best young talent working across the European financial industry today.

Forbes 30 under 30 in European finance

Proving that you don’t need a degree in economics to make a splash in the world of venture capital (VC), Harry Stebbings makes the cut thanks to his hugely successful podcast, The Twenty Minute VC.

A university drop-out who was inspired to enter the world of venture funding after watching Hollywood film The Social Network, the young entrepreneur has established himself as an influential figure in the industry thanks to his media-savviness and ability to produce a podcast that appeals to venture capitalists around the world.

Stebbings’ success has rewarded him with opportunities to work in the investment sector.

He was entrepreneur in residence at Atomico in 2016 to 2017, and now manages his own fund, Stride.VC, which he co-founded with industry veteran Fred Destin.

Oxford graduate Levin now lives in New York, where he oversees the running of Chainalysis – which designs and develops anti-money laundering software for Bitcoin businesses.

He co-founded the firm in 2014 alongside Michael Gronager and Jan Moller, with the goal of building trust in blockchains between people, businesses and governments.

Warner is both a venture advisor at Seraphim Capital and the co-founder of Diversity VC – a London-based non-profit group committed to increasing diversity in the investment industry.

Diversity VC operates via four key initiatives – building a network of venture professionals; creating a pathway for diverse applicants to enter the industry; fostering an ecosystem where diverse entrepreneurs can start companies and get access to funding; and using data to scrutinise and address diversity issues in the VC sector.

Hailing from Mexico, Flamant was the first member of his family to attend university – he graduated from Montreal’s McGill University in 2013 with a degree in economics.

He has since made his way to London, where he is now vice-president at Notion Capital – an early stage investor in European enterprise technology.

Notion specialises in backing B2B software-as-a-service start-ups looking to scale up, and has a portfolio that includes the likes of customer identity mapper Adbrain and the B2B payments specialist GoCardless – which recently announced $75m (£57m) in Series E fundraising, backed by Google Ventures and Salesforce Ventures among others.

Coppey’s thirst for education has seen him awarded with three master’s degrees – in engineering, business administration, and management studies.

After a brief period in the US – his final degree was from the Massachusetts Institute of Technology in Boston – he now resides in Berlin where he is principal at the German venture capital firm Point Nine Capital.

Coppey has a particular interest in identifying businesses looking to disrupt industries with data and machine learning technology – and keeps a beady eye on start-ups in his native France for investment opportunities.

With a PhD in business economics, Hays brings an academic approach to her asset management work at Incrementum – an independently-owned financial management company in Schaan, Liechtenstein.

Her main interests are in cryptocurrency – she produces Incrementum’s Crypto Research Report and teaches students at the University of Lichtenstein all about the alternative digital currencies.

She also runs her own blockchain consultancy business and advises the Lichtenstein government on cryptocurrency regulation.

She initially founded Thingtesting as a side project last April, but it has since blossomed into a thriving platform with more than 21,000 followers, and the largest investor following anywhere on Instagram.

On the platform, she reviews products from emerging brands and start-ups from both a consumer and VC perspective.

With her VC hat on, Gyllander’s work at Backed involves leading the community, scout programme and investment sourcing for a multi-million pound seed fund that places an emphasis on youth, and doing VC a bit differently.

She was previously CMO at Slush – a tech start-up event in her native Helsinki.

Blume joined venture capital firm Atomico in 2013 as a junior associate, and wasted little time in proving his value – working his way up to become the company’s youngest-ever principle in just over four years.

Now, he works on sourcing, evaluation and due diligence of investment opportunities across Europe with a particular focus on machine learning technology, the internet of things, robotics and advanced analytics.

He graduated from Cambridge University with a first-class degree in computer science and is a regular speaker and writer on artificial intelligence subjects.

In 2013 Namih co-founded and became CEO of HelixNano – a biotech start-up using artificial intelligence and synthetic biology as a way to fight cancers and genetic diseases.

The company recently received a grant from Schmidt Futures – A US philanthropic organisation that supports emerging science and technologies looking to help humanity – which will allow it to pursue a machine learning project to boost the effectiveness of personalised cancer vaccines.

She later moved on to Episode 1 Ventures as partner – and is now involved in the VC fund’s day-to-day investment activities into early stage disruptive tech companies in the UK.