Next Bank of England governor: Who are the potential candidates?

The UK Treasury has resisted pressure from MPs to reveal its shortlist of candidates for the next Bank of England boss — but who could be in the running? 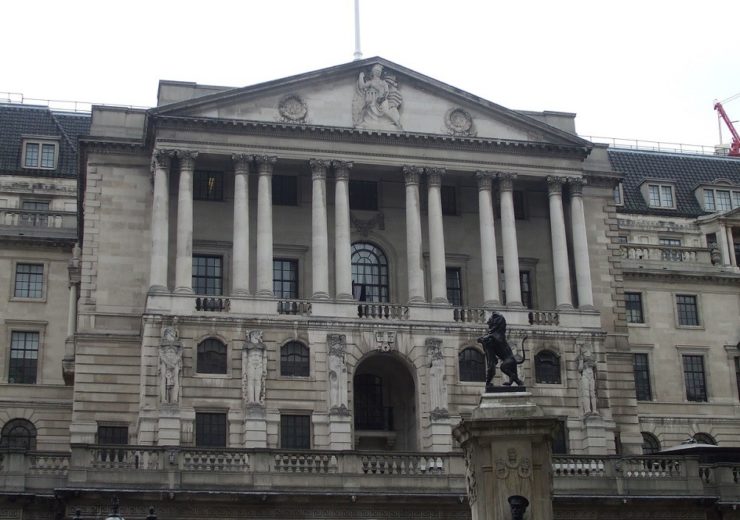 More than four months have gone by since it was announced Bank of England governor Mark Carney would step down early next year, prompting speculation over the candidates who might replace him.

A lot has happened in that time, not least the appointment of a new Chancellor of the Exchequer in Sajid Javid, who was brought in as part of Boris Johnson’s leadership team and will play a decisive role in naming a successor at the head of the UK central bank.

As political tensions run ever higher, and uncertainties over Brexit abound, there have been calls from Parliament for greater transparency over who might be given the nod for job that will hold huge importance for the British economy over the coming years.

Yesterday, a group of 28 cross-party MPs signed a letter co-ordinated by campaign group Positive Money urging the Treasury to publicly reveal the names of those shortlisted for the new governor.

The letter stated: “With so much at stake, it’s crucial that the appointment of the next governor is made on merit, not narrow political expediency.

“For public trust in the central bank to be upheld, the process for choosing Mark Carney’s successor must be fair, open and transparent.

“At a time of such political uncertainty, it is inadequate to allow this decision to be made by the Chancellor behind closed doors.

“The country must be able to trust that the next governor is the best person for the job and will work in the public interest.”

Dame Margaret Hodge (Labour), Ian Blackford (SNP), Caroline Lucas (Green Party) and Dr Sarah Wollaston (Lib Dems) are among the signatories of the letter, which accompanies a recent YouGov poll that found only one in five people in the UK trust Sajid Javid to appoint the right person for role.

Positive Money executive director Fran Boait added: “The next Bank of England governor will wield huge power over our economy for the next eight years, which will be a key juncture for the future of our society, marked by Brexit, climate breakdown, spiralling inequality and a likely recession or financial crisis on the radar.

“The process must be opened up to wider scrutiny from parliament and the public, to ensure that the next Bank of England governor serves the whole of society, not just the City of London.”

The Treasury has since refused to acquiesce, saying “it would not be appropriate” to publicise names on the shortlist.

With so much attention on this significant appointment, we profile some of the potential candidates linked with the UK central bank’s top job.

Potential candidates for the new Bank of England governor

One of the most widely tipped candidates is Andrew Bailey, who is the incumbent CEO of the Financial Conduct Authority.

He served under Carney as deputy governor of the Bank of England between April 2013 and July 2016, before leaving for his current role at the head of the UK regulator.

Bailey joined the central bank in 1985, and held a number of other senior positions including executive director for banking services, chief cashier and head of the bank’s Special Resolution Unit (SRU).

Ben Broadbent has served as the deputy governor in charge of monetary policy at the Bank of England since 2014.

Former roles include economic adviser to the Treasury and senior European economist at Goldman Sachs.

Another sitting deputy governor whose name has been thrown into the hat is Sir Jon Cunliffe. He is currently responsible for overseeing financial stability policy and is a member of the G20 Financial Stability Board Steering Committee.

He served the UK government during Gordon Brown’s premiership, acting as an adviser on international and European Union economic affairs.

Cunliffe is a well-known figure around Whitehall, having spent almost two decades in various positions within the Treasury.

Sir John Kingman has been chairman of UK financial services firm Legal and General since 2016 and has emerged as a new favourite for the job in recent weeks.

He has previously worked as a second permanent secretary to the Treasury, where he was responsible for policy relating to business, financial services and infrastructure – as well as being closely involved in the government response to the 2008 financial crisis.

Kingman is also chairman of UK Research and Innovation, a quango which oversees government science and innovation spending to the tune of around £7bn ($5.66bn) a year.

Currently the director of the London School of Economics, Nemat (also known as Minouche) Shafik is an economist who has held a number of high-profile roles in her career.

She has been vice-president at the World Bank, deputy managing director of the International Monetary Fund, permanent secretary at the UK Department for International Development, and a deputy governor at the Bank of England responsible for markets and banking.

She served in Gordon Brown’s government between 2007 and 2009 as a Cabinet member and minister in the Department for International Development and Department for Business, Innovation and Skills.

Prior to this she worked within the Treasury between 1999 and 2007, and had a 15-year career in the private sector as an investment banker at UBS.

In July, the Financial Times reported that two of the leading candidates for the Bank of England governorship had distanced themselves from the running – citing an unwillingness to become embroiled in the politics of Brexit as factors deterring them from interest in the job.

Former head of the US Federal Reserve Janet Yellen and former governor of the Indian central Bank Raghuram Rajan were both widely discussed as potential successors to Carney, with Rajan in particular an early frontrunner for the role.

Meanwhile, former Standard and Chartered chief economist Gerard Lyons emerged as a late wildcard candidate, given his ties to Prime Minister Johnson – having advised him during his tenure as Mayor of London.

According The Times, however, the Treasury panel responsible for drawing up the shortlist dismissed his application following interview, deeming his experience insufficient for leading an organisation as large and influential as the Bank of England.

It is within the government’s power to break with procedure and make an appointment not recommended by the Treasury’s shortlist – Carney himself was something of a curveball selection in 2012.

And if recent events in British politics teach anything it is to expect the unexpected — there may yet be a surprise twist in the search for a new governor of the Bank of England.