As the governor of the UK's central bank prepares to enter the final stages of his tenure, Andrew Fawthrop takes a look back at Mark Carney's career and chart his journey from a small town in Canada to Britain's top banker 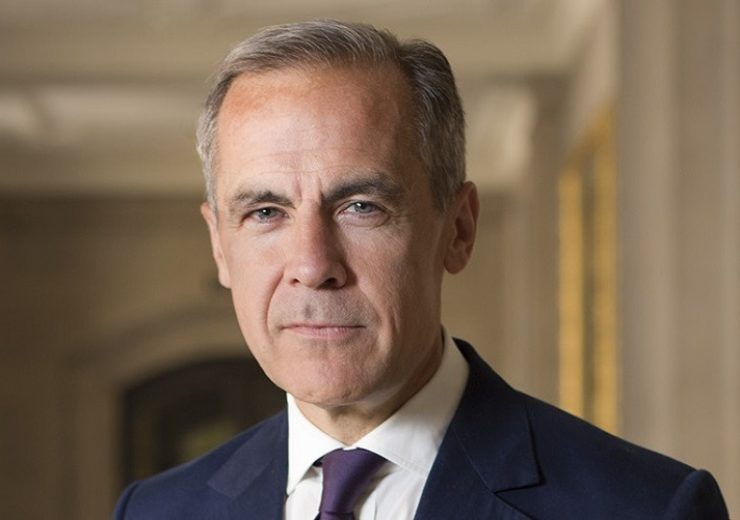 As head of the Bank of England for the past six years, during which time he steered the UK economy through the enduring fallout of the financial crisis and the later upheaval caused by Brexit, Mark Carney has exerted a big influence over the domestic financial landscape.

In 2013, the Canadian was something of a surprise selection as governor, championed by former Chancellor George Osborne to be the replacement for the outgoing Mervyn King, and the first non-Briton to take the office in the central bank’s 325-year history.

He came to the UK with a growing reputation, having become the youngest ever central banker among G8 and G20 nations when he took the job of governor of the Bank of Canada aged 43, and earned plaudits for the way he brought the country through the financial crash of 2008.

The announcement last month that Mr Carney will end his term early next year has sparked speculation over who his successor will be, with whispers of a left-field appointment in the works, but there remains plenty of work for him to do between now and then.

Here, we take a closer look at Mr Carney’s career to-date, from his roots in Canada to his journey to the international stage as head of one of the world’s oldest banks.

Born in Fort Smith, in Canada’s Northwest Territories, in 1965, Mr Carney grew up in Edmonton, Alberta, with his family.

In the midst of all this education, he secured a job with Goldman Sachs, where he spent a lucrative 13-year career working across the bank’s London, New York, Tokyo and Toronto offices.

Seemingly destined for a high-profile position with the banking giant, Mr Carney surprised many when he turned his attention to the public sector.

Mark Carney drawn to a career in public sector finance

In 2003, Mr Carney abandoned his ascendancy through the ranks of Goldman Sachs to join the Bank of Canada as deputy governor.

The move marked a sea change in his career as he turned his back on the high salaries, bigger bonuses and international prestige of being an influential investment banker – choosing instead the life of a central banker concerned with public policy, regulation and financial stability.

After a year in the job, Mr Carney took a position at the Canadian Department of Finance, where he was senior associate deputy minister of finance until 2008, a role in which he played a key part in selling the government’s 19% stake in oil producer Petro-Canada for around £1.8bn.

In 2007, he landed the top job at the Bank of Canada, beginning his tenure as governor in February of the following year – right in the middle of the immediate reverberations of the global financial crisis.

Mark Carney steers the Bank of Canada through financial crisis

Just one month after beginning his new job, Mr Carney moved quickly to cut the overnight interest rate by 50 basis points in a bid to stimulate the economy ahead of the impending impact of US market turmoil.

In 2009, the Bank of Canada made a verbal commitment to hold interest rates at 0.25% – the “conditional commitment”, as it became known – until the second quarter of 2010, barring any significant economic fluctuations that would demand a rethink.

This provided a degree of certainty to Canadian industry as it looked to stabilise and rebound from the global recession, as well as giving it the confidence to carry on trading in difficult conditions.

By 2010, economic growth in Canada rose to 3.2%, up from 2.8% in the previous year, with consumer spending on the rise, and housing and construction industries also growing.

Canada is widely considered to have weathered the storm of the financial crisis quite successfully, and while Mr Carney cannot be given all the credit, his swift action on interest rates and open commitment to the markets certainly had an influence.

The episode earned him global recognition, with nominations for various accolades including the Reader’s Digest Canada award for “most trusted Canadian” in 2011 – as well as appointments to international financial organisations like the Financial Stability Board and the Bank for International Settlements.

In November 2012, it was announced that Mr Carney would be appointed successor to Mervyn King as governor of the Bank of England – a post he took up in July 2013.

He became the first non-Briton to hold the role, and in 2018, gained British citizenship – something he had committed to doing when he accepted the job.

As head of the central bank, he has had considerable influence over the financial stability of the UK economy, including regulation and monetary policy.

Mr Carney has faced criticism from some Brexit supporters, who claim he has sided against the UK’s decision to leave the EU by casting alarm about the potential negative consequences for the UK economy as the country prepares to leave the European Union.

The economic uncertainty that has resulted from the UK’s protracted withdrawal has undoubtedly affected market sentiment, with currency fluctuations and regulatory confusion making it difficult for businesses to make long-term decisions about how best to navigate the process.

Mr Carney has become an increasingly public figure in the midst of all this debate, with businesses, politicians and consumers alike looking to him for clarity and guidance though the choppy waters of Brexit – it may well come as a relief when he is able to step away from such intense public scrutiny next year.