After Apple revealed an upcoming credit card launch with Goldman Sachs, digital banking expert Jo Howes believes Amazon could be the next tech giant to follow suit and make a move into the financial services industry 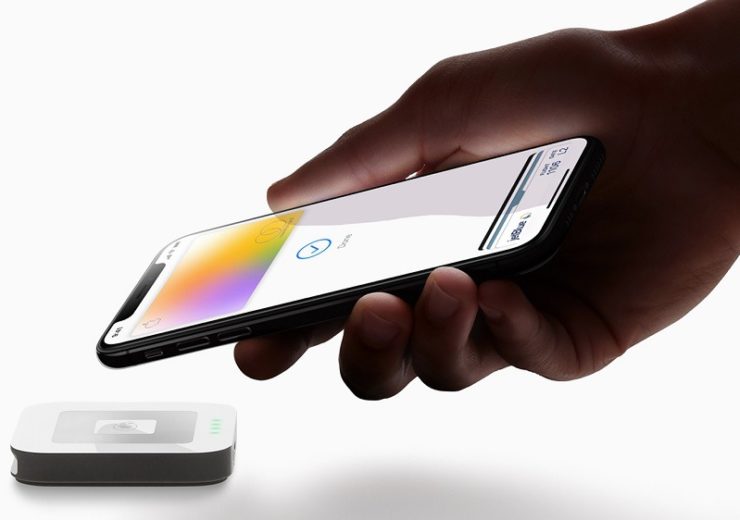 Amazon could be the next big tech firm to enter the banking industry, says a fintech expert after Apple and Goldman Sachs launched a new credit card.

Jo Howes, commercial director at digital finance company Crealogix, believes it was just a “matter of time” before a Silicon Valley giant got involved in the fintech space.

The Apple Card was unveiled this week – alongside other new tech including Apple TV+, Apple Arcade and Apple News+ – and integrates with the Apple Wallet feature on iPhones.

Ms Howes said: “Banks need to be wary of other major tech giants following suit, and it would not be surprising if Amazon was next to enter the banking market.”

Why an Amazon bank could be on the horizon

She cited a recent study that revealed 65% of Amazon Prime subscribers would be willing to try a free online bank account offered by the retailer.

“It was only going to be a matter of time before one of the major tech giants got involved in the banking sector, as challenger brands have already demonstrated that it is possible to grow quickly in this space from a standing start,” she added.

“Like challenger banks, Apple has the advantage of being unburdened by legacy code or the cost of maintaining physical branches.

“However, unlike fintech startups, Apple can deploy significant financial and technical resources from the very start, and tap into an enormous existing customer base.”

Ms Howes said that established banks do have the advantage of having trusted finance brands to compete with likes of Apple, Amazon and even other fintech challengers.

“Many traditional banks have been listening to customers and their evolving needs more closely, and prioritising technology and innovation in recent years, to ensure they aren’t caught out by these tech giants,” she said.

“The goal now is to ensure they continue to innovate and provide all the features and services that customers have come to expect from a modern bank account.”

The Apple Card and its integration with Goldman Sachs

Rumours of Apple’s foray into the credit card market have been circulating for some time, but CEO Tim Cook finally confirmed the intentions at a Cupertino showcase event this week – with a number of other new consumer products also being revealed.

Apple will team up with banking industry veterans Goldman Sachs and Mastercard to issue the card, using their expertise, infrastructure and brand awareness to help establish its new product when it launches in the US in the summer.

The credit card has been designed to work with the iPhone for mobile payments and will integrate with Apple’s digital Wallet app.

Jennifer Bailey, vice-president of Apple Pay, said: “Apple Card builds on the tremendous success of Apple Pay and delivers new experiences only possible with the power of iPhone.

“Apple Card is designed to help customers lead a healthier financial life, which starts with a better understanding of their spending so they can make smarter choices with their money, transparency to help them understand how much it will cost if they want to pay over time, and ways to help them pay down their balance.”

Apple credit card will integrate with the Apple Wallet

The credit card will be primarily digital, designed for use with Apple Pay, but customers will also receive a physical card made of titanium, which Apple says is for transactions in places where its own payment scheme is not accepted.

Sam Murrant, senior payments analyst at business intelligence firm GlobalData, views the new product as a way for Apple to boost its own digital payments portfolio.

He said: “Apple’s new credit card launch seems to be more of an attempt to bolster the Apple Pay wallet than to tackle the saturated US credit card market directly.

“The physical card is a concession to the persistence of plastic – Apple’s core product here is the virtual card number stored in its digital wallet, and its aim is to boost usage of that product and draw the consumer further into the closed Apple ecosystem.”

Users will also receive 2% cashback on all purchases made with the Apple Card – 3% if they are purchases from Apple – which is deposited daily, not monthly like most other credit cards.

They will also be able to get in-depth details about their spending via the iPhone – in much the same way challenger bank fintechs have been developing easy-to-understand user interfaces for mobile banking customers.

The Apple Card charges no fees, whether for international transactions or late repayments, and the company says interest rates will remain low.

Apple customers in the US can now start signing up for the credit card, which will launch in the summer.