In a series of tweets, Donald Trump issued a rebuke to Facebook and other tech firms offering digital currencies, saying Libra will have “little standing or dependability” 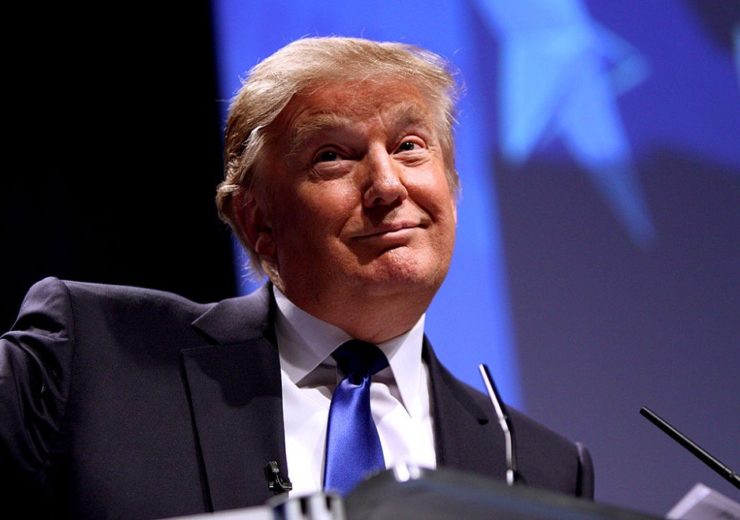 US President Donald Trump took to Twitter last night to launch a rebuke of Bitcoin and the Facebook Libra coin – adding that tech companies trying to “become a bank” must be subject to full banking regulation.

In a series of tweets, he claimed to be “not a fan” of cryptocurrencies, saying they “are not money and whose value is highly volatile and based on thin air”.

And targeting Libra in particular, he said the forthcoming digital coin from Facebook will have “little standing or dependability”.

I am not a fan of Bitcoin and other Cryptocurrencies, which are not money, and whose value is highly volatile and based on thin air. Unregulated Crypto Assets can facilitate unlawful behavior, including drug trade and other illegal activity….

….Similarly, Facebook Libra’s “virtual currency” will have little standing or dependability. If Facebook and other companies want to become a bank, they must seek a new Banking Charter and become subject to all Banking Regulations, just like other Banks, both National…

The President added: “We have only one real currency in the USA, and it is stronger than ever, both dependable and reliable.

“It is by far the most dominant currency anywhere in the World, and it will always stay that way. It is called the United States Dollar!”

The US President also called on companies like Facebook seeking to “become a bank” by offering digital assets to apply for a full US banking charter and become fully regulated like other financial institutions, both national and international.

In this, he echoed concerns put forward by other policymakers in the US regarding Facebook’s planned introduction of Libra next year.

The social media giant last month revealed plans to launch its own blockchain-based cryptocurrency and digital wallet products globally, which it hopes will address the challenges of under-banked communities around the world.

The announcement was met with scepticism by many senior officials in the US, with Democratic congresswoman Maxine Waters at the time calling for the project to be put on hold until lawmakers and regulators had chance to investigate.

She said: “Given the company’s troubled past, I am requesting that Facebook agree to a moratorium on any movement forward on developing a cryptocurrency until Congress and regulators have the opportunity to examine these issues and take action.”

They wrote: “If products and services like these are left improperly regulated and without sufficient oversight, they could pose systemic risks that endanger US and global financial stability.

“These vulnerabilities could be exploited and obscured by bad actors, as other cryptocurrencies, exchanges, and wallets have been in the past.”

“It’s something that doesn’t fit neatly or easily within our regulatory scheme but it does have potentially systemic scale,” he added.

“It needs a careful look, so I strongly believe we all need to be taking our time with this.”

Facebook has formed an independent, not-for-profit membership organisation in Switzerland called the Libra Association, which will work to “evolve and scale” the Libra network and reserve.

It is a move in some ways intended to offset some of the concerns about the control Facebook will have over sensitive financial data, with familiar names like Mastercard, Paypal, Visa, Stripe, eBay, Spotify and Uber all signed up as founding members of the organisation.

Responding to President Trump’s statements on cryptocurrency and its apparent flaws, Danny Scott, CEO of crypto exchange and wallet provider CoinCorner, said Bitcoin prices have been “unaffected” by the criticism.

He added: “These comments imply that President Trump is uneducated on Bitcoin and misinformed on what it is actually being used for nowadays.

“In the early days of Bitcoin, it had a reputation for being used for illicit purposes, but this view is outdated.

“It has grown in popularity with the masses, and become part of day to day life as people utilise it as a beneficial store of wealth.

“Bitcoin exchanges around the world, including CoinCorner, abide by KYC (know-your-customer) and AML (anti-money laundering) regulations, and have stringent processes in place to prevent misuse by criminals.

“Unlike what President Trump terms ‘real currencies’, all transactions made with cryptocurrencies like Bitcoin are recorded on the blockchain – a digital ledger – and are visible for anyone to see.

“Compared to this, paper money like dollars, pounds and euros are especially difficult to keep track of because of their physical nature, making them far easier for criminals to misuse.”