The UK government has now reduced its ownership in the British lender to 54.8% 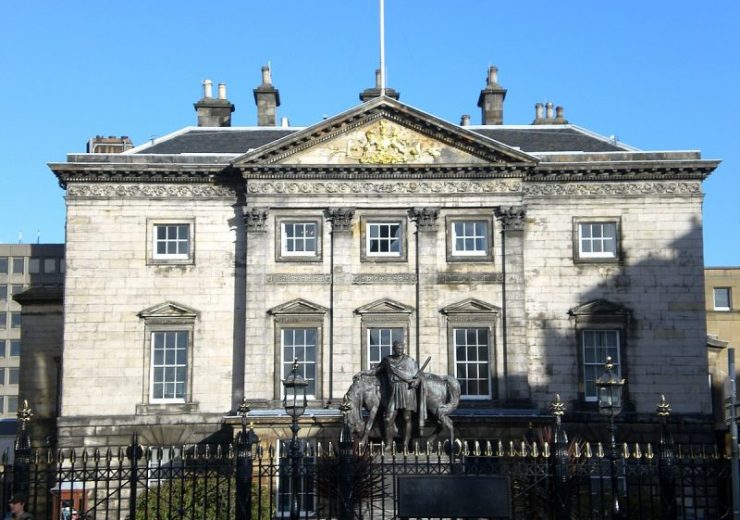 The British government has reduced its ownership in NatWest Group to 54.8%. (Credit: Thunderwing at English Wikipedia)

UK Government Investments (UKGI) has completed the sale of a 5% stake held by HM Treasury in NatWest Group for £1.1bn via an accelerated book building process.

According to UKGI, 580 million of the ordinary shares held by HM Treasury in the lender were sold at a nominal price of £1 each to institutional investors.

The placing price in the accelerated book building process was 190p for each of the placing shares.

HM Treasury has now reduced its stake in NatWest Group to 54.8%.

Barring certain exceptions, UKGI and HM Treasury have undertaken to the bookrunners not to divest any more ordinary shares of the banking group for 90 calendar days without the prior written consent of a majority of them.

The date of the undertaking will be effective from the completion of the placing.

The joint bookrunners in connection with the placing were Barclays Bank, Citigroup Global Markets, Goldman Sachs International, and Morgan Stanley.

The UK government has continued to be the majority stakeholder in NatWest Group since the £45bn bailout during the global financial crisis in 2008.

Its last sale of shares in the lender to outside investors was nearly three years ago. In April 2021, NatWest Group agreed to directly buy back a stake of 4.86% for £1.1bn from HM Treasury to reduce the latter’s ownership to 59.77%.

Recently, the banking group reported a 115% year-over-year increase in its net profit for Q1 2021 at £620m. Its operating profit before tax was £946m for the reported period, an 82% growth year-over-year.