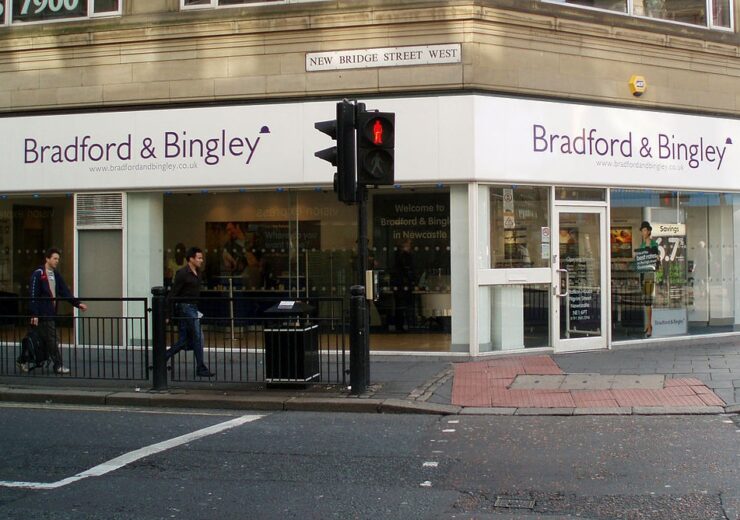 A branch of the bank in Newcastle upon Tyne in October 2008. (Credit: Mankind 2k/Wikipedia.)

The UK Government has completed the sale of Bradford & Bingley and NRAM, along with their remaining loans for a total of £5bn.

Both Bradford & Bingley and NRAM, previously called Northern Rock, were nationalised in the aftermath of the financial crisis in 2008.

Later in 2010, UK Asset Resolution (UKAR) was established as a holding company for their closed mortgage books, with a balance sheet of nearly £116bn.

Through the sale, the government has reached its goal of returning the institutions brought into public ownership into private ownership.

Bradford & Bingley and NRAM, along with their remaining mortgages and loan portfolios, were sold to a consortium comprising Davidson Kempner Capital Management and Citibank.

The sale has been approved following a competitive auction process.

The Economic Secretary to the Treasury John Glen said: “This sale represents a major achievement. At last March’s budget, we promised to finally return B&B and NRAM to private ownership and we have done just that.

“We are continuing to protect consumers while recovering significant amounts of the taxpayer money used to ensure financial stability during the financial crisis.”

Funds managed by Pacific Investment Management Company (PIMCO) has offered the majority of financing for the transaction.

For the transaction, bidders are required to agree on certain customer protection measures, as in all UKAR asset sales, in addition to other factors.

The government assured that the customers are not required to take any action, as there will be no changes to the terms and conditions of any loans as a result of the current transaction.

Customers would receive the same protections for the lifetime of their mortgage, and their capability to re-mortgage will be unaffected.

The sale involves a change in ownership of B&B and NRAM, but not result in customers moving to a new lender, said the UK treasury.

With the transfer of ownership, B&B, NRAM and Mortgage Express will remain the legal titleholders of the loans and will be regulated by the Financial Conduct Authority (FCA).