Dubai-based Emirates NBD Bank has agreed to purchase Sberbank of Russia’s 99.85% stake in Turkey-based Denizbank for around TRY14.6bn ($3.2bn). 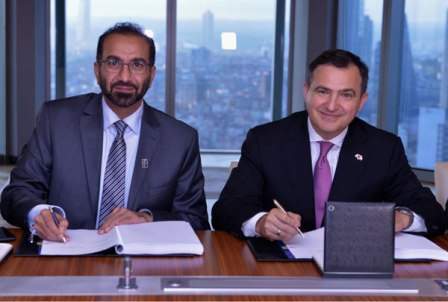 Claimed to be the fifth largest private bank in Turkey, Denizbank has assets worth around TRY169bn ($37bn).

Sberbank CEO Herman Gref said: “The decision to sell Denizbank is prompted by a change in Sberbank Group’s international strategy and will allow us to focus further on development of ecosystem of Sberbank.”

Denizbank operates 751 branches, of which 708 branches are located in Turkey and 43 branched in other territories such as Austria, Germany, Bahrain, Moscow and Cyprus.

With around 14,100 employees and 5,900 ATMs, Denizbank provides services to about 11.8 million customers.

Subject to regulatory approval in Turkey, Russia, the UAE and other relevant jurisdictions, the deal is expected to be completed by the end of this year.

Emirates NBD Group CEO Shayne Nelson said: “The transaction represents a significant milestone for Emirates NBD and is expected to be accretive to shareholders in the first year.

“Denizbank is a well-managed and prominent organization in the Turkish banking market, which with the current deal structure, comes at a reasonable price on acquisition for Emirates NBD.”

With total assets worth about AED 475.6bn ($129.5bn), Emirates NBD offers corporate and retail banking services to the customers.

Sberbank is a global financial institution that operates in CIS region, including Kazakhstan, Ukraine, Belarus. It also operates in Turkey, Switzerland, Central and Eastern Europe and other countries.