The German lender stated that it would report a net loss of nearly €2.9bn for 2020, compared to a profit of €585m in the previous year 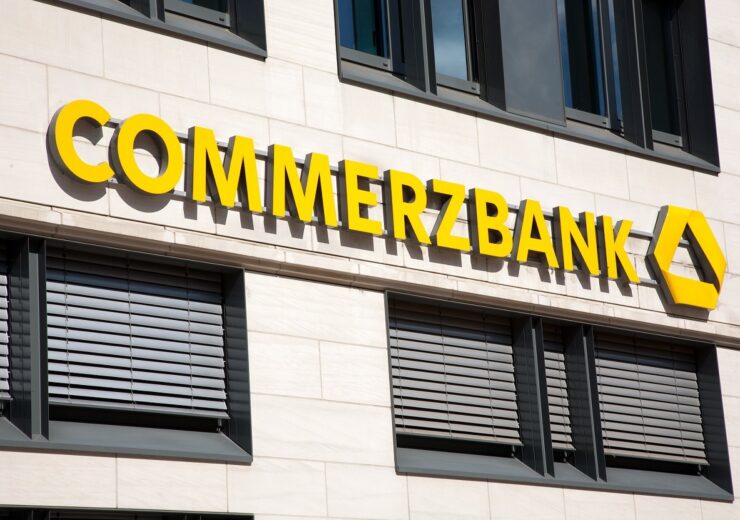 Commerzbank has finalised plans to cut 10,000 jobs and close around 340 branches in Germany by 2024, as part of its restructuring programme.

The German lender has announced that the board of managing directors resolved the new strategy, “Strategy 2024”, for the period ending 2024 after discussing with the supervisory board.

Last month, the bank has unveiled its plans to axe 10,000 jobs and close nearly 340 branches in Germany.

The bank has signed an agreement with its Group Works Council to advance the negotiations on human resources aspects of its previously announced transformation process.

The agreement defines fundamental principles for the transformation process, and to provide clarity on positions affected, timeframes and perspectives, said the company.

Also, the agreement enables the bank to speed up its negotiations on human resources aspects of the transformation process with fairness and transparency.

The German lender stated that it would report a net loss of nearly €2.9bn for 2020, compared to a profit of €585m in the previous year.

“The planned reductions are certainly very painful. We will implement this programme rigorously and consistently but also in a fair manner and with mutual respect.

“The agreement signed with the employee representatives today will contribute to creating clarity for our workforce soon.”

The bank said that the resolution of its board of managing directors paves way for an in-depth restructuring programme, along with its goal of complete digitalisation.

With the restructuring, the bank aims to combine the benefits of a fully digitalised bank with personal advice, consistent customer focus, and sustainability.

Through the restructuring programme, the bank targets around 7% return on equity (RoTE) for, and reduce its costs by €1.4bn or around 20% for the financial year 2024.

Commerzbank estimated the restructuring expenses to be €1.8bn and intends to finance completely using existing funds.

The bank said that wealth management and small-business customers requiring advisory services will be provided with personal advisory support, and individual solutions, at 220 of the 340 locations selected for closing.