The French bank’s gross profit increased by 5.4% for the nine-month period, compared to the previous year 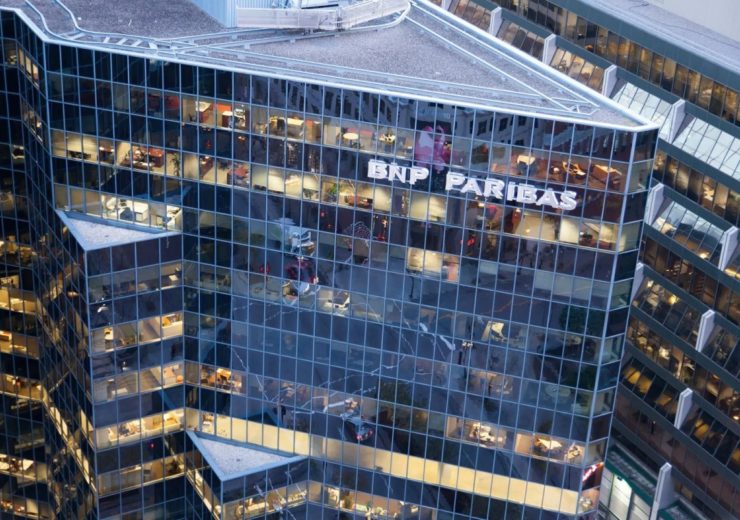 French bank BNP Paribas has announced an attributable profit of €6.3bn for the first nine months of this year.

Its group revenue for the nine months stood at €33.26bn, an increase of 2.8% compared to the corresponding period of last year.

Operating expenses for the nine-month period increased by 1.7% to €23.3bn from €22.9bn in the same period last year.

The bank registered a gross profit of €9.96bn for the period. Compared to the €9.4bn gross profit for the nine months period of last year, the bank’s gross profit in the corresponding period this year was up by 5.4%.

Its cost of risks for the period was €2.23bn, an increase of 19.8% compared to €1.86bn recorded for the corresponding period of last year.  The bank attributed the €369m increase in cost of risk to outstanding loans and provision write-backs at CIB and Personal Finance during the period under review.

At 36 basis points of outstanding customer loans, it was at a low level reflecting, in particular, the good control of risk at loan origination, the low interest rate environment and the continued improvement in Italy, the bank said.

BNP Paribas’ operating income for the nine months was €7.72bn, an increase of 1.8% compared to €7.5bn for the nine-month period of last year.

The net income attributable to shareholders for the period was €6.3bn, an increase of nearly 4% compared to net income of €6.08bn made during the corresponding period of last year.

Operating expenses were €7.42bn, which rose by 2% when compared with €7.2bn during the same period for last year.

BNP Paribas said: “The business of BNP Paribas was up this quarter in all the operating divisions in a context where economic growth slowed down but still remained positive in Europe, in particular in France. The new monetary policy measures occurred at the end of the quarter and they will produce their full effect only in 2020.”