In the combined company, Bankia’s shareholders will own a stake of 25.8% 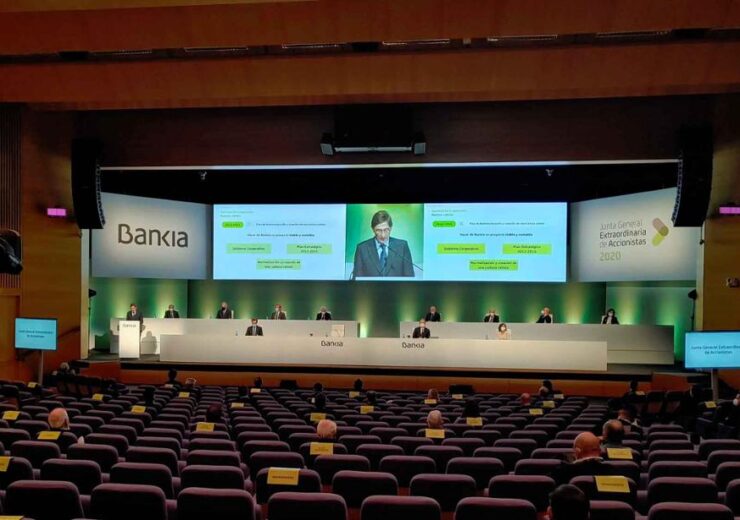 Shareholders of the Spanish lender Bankia have approved its €4.3bn worth all-stock merger with its larger rival CaixaBank.

As per the terms of the deal announced in September 2020, CaixaBank will issue 0.6845 of its new ordinary shares to Bankia’s shareholders in exchange of each of the Bankia’s shares they hold.

During the shareholder meeting, Bankia chairman José Ignacio Goirigolzarri said: “The repercussions of Covid-19 and the foreseeable long-term continuation of negative interest rates means that we should find a partner to accompany us on the path we will travel in the coming years.”

The transaction has been touted to create the largest bank in Spain with over 20 million customers and market shares of 25% and 24% in loans and deposits, respectively.

Enlarged bank will operate as CaixaBank

The enlarged bank will operate as CaixaBank and will have total assets of over €660bn and a market capitalisation of over €16bn.

It will create new revenue by renegotiating the agreements signed by Bankia in the insurance segment, while offering a larger portfolio of high-quality products and services.

The combination is anticipated to deliver annual revenue synergies of €290m in a five-year horizon.

CriteriaCaixa, which is 100% controlled by the Fundación Bancaria la Caixa, will continue as CaixaBank’s reference shareholder with a stake of around 30% in the combined company.

Fund for Orderly Bank Restructuring (FROB) will have a 16.1% stake, while the remaining 54% stake in the combined bank will be held through shares listed on the stock market.

Goirigolzarri will be the executive chairman of the combined company.

The Bankia chairman said: “Today we are faced with great uncertainties about what the future will bring, but what we can be certain of is that, as part of the new bank spawned by the merger of Bankia and CaixaBank, that future will be better than what each of our banks could achieve separately.”

The deal, which continues to be subject to regulatory clearances, is anticipated to be completed in Q1 2021.