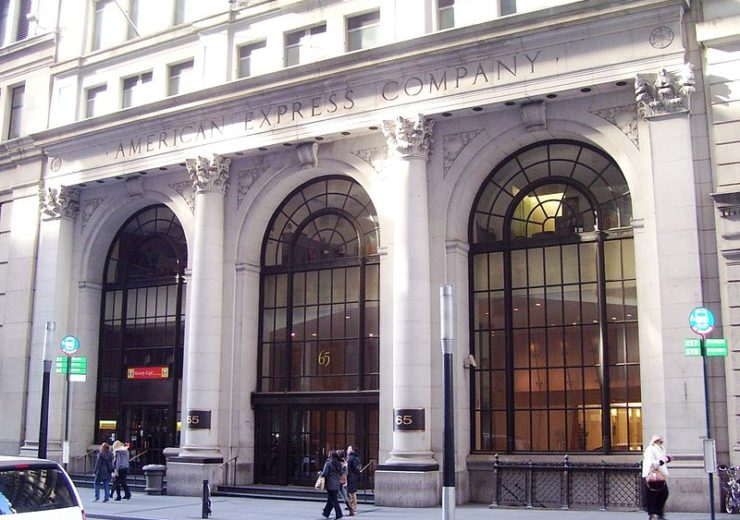 The American Express Company Building at 65 Broadway. (Credit: Beyond My Ken/Wikipedia.)

The new approval allows the company to become the first foreign payments network to be licensed to clear RMB transactions in mainland China.

In November 2018, American Express secured a preparatory approval from the PBOC for a clearing and settlement license in mainland China.

Express Company CEO Walter Liu said: “We are proud to be the first licensed foreign payments network in mainland China. We will offer our partners differentiated services by bringing together the best from American Express and Lianlian.

“Our focus now is to continue the preparation work for a successful business launch by working closely with the regulators and partners.”

With the approval, the company is expected to begin processing RMB transactions later in 2020.

Established in February 2009, Lianlian DigiTech provides all-round financial services for consumers and small- and medium-sized enterprises around the world through its financial, payments, and clearing services systems.

The joint venture company has created a network to clear domestic transactions charged on American Express cards, and is also compatible with the top mobile wallet players in China.

LianLian DigiTech chairman Zhengyu Zhang said: “Lianlian is committed to providing the best payments and payment-related fintech services to our commercial customers and consumers across the globe.

“Against the backdrop of globalization and China’s opening-up of its financial industry, we have been actively introducing China’s mobile payments to the world, while striving to learn from and connect with world-class financial companies.

“We are confident that our joint venture with American Express will provide more diversified bank card services to consumers and commercial customers in and outside of China.”