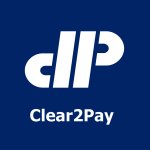 16 February 2010: Clear2Pay, the international technology provider of next generation payment solutions for financial institutions announced that its Open Payment Framework technology is at the core of the Enterprise Services Bus (ESB) that has gone live at Bank of East Asia (BEA) in Shenzhen to support its entire business in China.

In this first phase of a move towards a Bank Payment Hub, the Enterprise Bus Server has gone live in Q4 of 2009 to mediate between the various channels, such as Corporate Internet Banking and the Electronic Commercial Bill System and backend systems, covering both the Core Banking System and four other local currency systems.

Bank of East Asia, with over 130 branches in Hong Kong and a further 70 branches and commercial offices in mainland China, operates one of the largest networks of any foreign bank. The bank is widely regarded as a pioneer in the mainland market when it was one of the first foreign banks to be established as a locally incorporated bank in China in 2007, followed by being the first foreign bank to successfully launch Renminbi credit and debit cards in China in 2008.

The person-in-charge and spokesperson of the Shenzhen Development Center, Bank of East Asia, said: “We have successfully implemented our ESB project with Clear2Pay’s Open Payment Framework technology which has delivered a satisfactory and stable system which has fully met its initial goals. This is an important step to us as we are embarking on a wider process of upgrading our payments environment into a bank payment hub with all the business and functional benefits such an exercise brings.”

Warren Gardiner, General Manager Asia Pacific for Clear2Pay added: “We are delighted to work side by side with an innovative bank such as Bank of East Asia. This project is the kick-off of an entire payment hub overhaul and we are delighted to prove ourselves to them on a phase by phase basis. The bank-wide payment hub will allow the bank to create higher levels of efficiency and in a country with such huge volumes this makes absolute sense and we are very delighted to be at the heart of this project.”