The Western Union Company’s global digital money-moving capabilities are making significant headway across the Middle East, with seven countries now offering online services, connecting customers to their families and loved ones around the world digitally with the choice to pay for transactions online or in person. 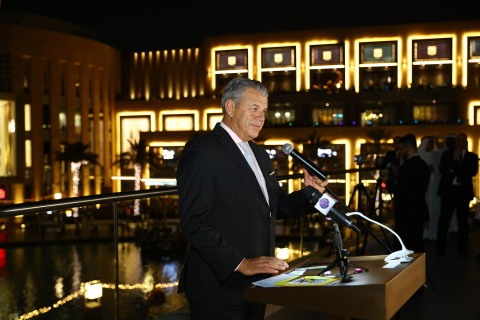 The United Arab Emirates was enhanced with the latest generation of Western Union’s omni-channel platform, joining Bahrain, Jordan, Kuwait, Lebanon, Oman and Qatar, as a part of Western Union’s deep commitment to keeping the Middle East at the forefront of the digital revolution.

Currently, Western Union offers digital service via WU.com in over 60 countries, plus territories, with mobile apps in 35 countries; moreover, its entire network is a combination of retail Agent locations in more than 200 countries and territories, account payout in nearly 100 countries, and wallet payout in a dozen countries.

The Middle East is a vital and rising economic hub bringing people together from across Europe, Africa and Asia and lifting them toward prosperity. International migrants working and living across the region represent a large part of the population and collectively send billions of remittances back home. In the UAE, 88 percent of the population are international migrants, followed by Qatar at 75 percent, Kuwait 72 percent, Bahrain 51 percent, Oman 41 percent, Jordan 40 percent and Lebanon 34 percent, according to the World Bank1.

“Our commitment to the Middle East is a step forward to a more prosperous and globally connected future. Our digital services support a globally-integrated living without leaving anyone behind. We use cutting-edge technology to simplify money transfer. Our systems automatically handle complexities from compliance to volatile currency exchanges so users can transfer money 24/7 to nearly every country across the world, with the touch of a few buttons,” said Western Union President and CEO, Hikmet Ersek.

“Our systems are also designed to allow customers at any level of financial experience to use any channel they like, be it digital or cash, online or offline,” he said.

“The ability to smoothly and fluidly transfer money internationally by the latest digital means elevates our relevance to our customers across the world”, said Western Union General Manager and RVP for Middle East and Africa, Alexandru Badulescu.

“Western Union’s customers are multi-cultural, multi-generational with diverse financial and technological savviness. Our omni-channel approach is about servicing the widest group of customers by catering to their specific money transfers needs,” he said.

Western Union has been providing money-transfer services across the Middle East countries for over 20 years and has more than 4,000 retail agent locations in Bahrain, Jordan, Kuwait, Lebanon, Oman, Qatar and the UAE. Customers still have the choice to access these locations to send money transfers in person, reflecting the company’s commitment to providing choice and options to connect to families and friends around the world.