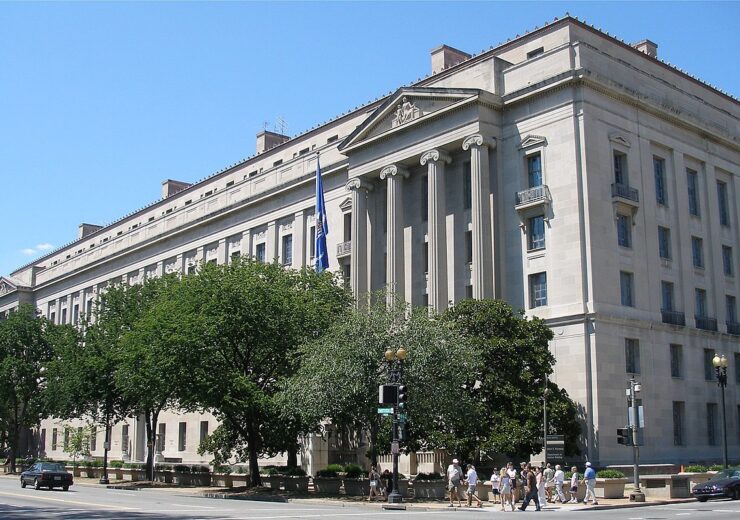 Headquarters of the US Department of Justice. (Credit: Coolcaesar/Wikipedia.org)

The Department of Justice filed a petition in the U.S. District Court for the District of Massachusetts to enforce Bain & Company’s compliance with the department’s Civil Investigative Demand (CID).

The department issued the CID to third-party Bain as part of its investigation of Visa, Inc.’s proposed acquisition of Plaid Inc.  As alleged in the petition, Bain, a consulting firm, has withheld important documents demanded under the CID, asserting unsupported claims of privilege over the documents, thereby stymying the Antitrust Division’s investigation.

“American consumers rely on the Antitrust Division to investigate mergers promptly and thoroughly,”  said Assistant Attorney for the Antitrust Division Makan Delrahim.  “Collecting relevant third-party documents and data is essential to the division’s ability to analyze these transactions.  Too often, third parties seek to flout these requirements, hoping the division will lose interest and focus its enforcement efforts elsewhere.  The division’s petition against Bain is aimed at securing relevant documents and making clear that the division will hold third parties to the deadlines and specifications in the CIDs we issue.  Third parties, like Bain, must comply fully and expeditiously with our civil investigative demands and provide the documents and data we need to discharge our duties and serve the American people.”

On June 11, 2020, the division issued Bain a CID requiring the company to answer interrogatories and produce documentary material, including documents that discuss Visa’s pricing strategy and competition against other debit card networks that may be important to the division’s analysis of the proposed acquisition’s effects.  The petition alleges that Bain has refused to produce these documents, claiming a seemingly blanket privilege over almost all of them.

The division seeks to enforce the CID under Section 1314(a) of the Antitrust Civil Process Act.  Through filing the petition, the department seeks to enforce Bain’s CID compliance to support its investigation of Visa’s proposed acquisition of Plaid for the benefit of American consumers and competition.