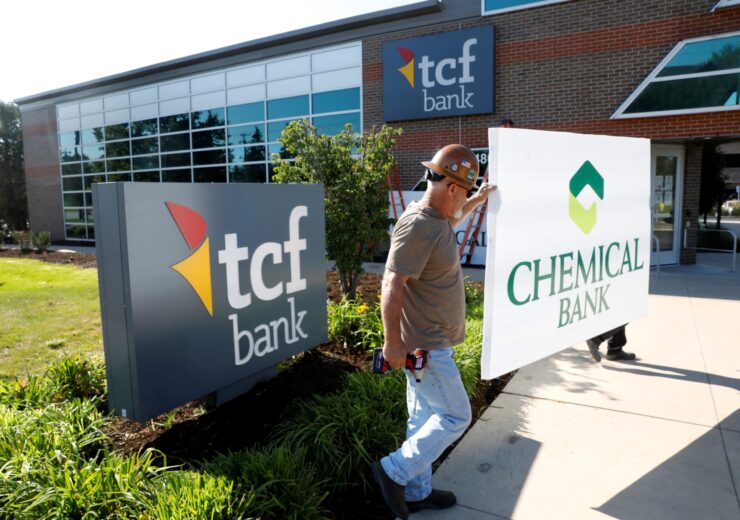 TCF National Bank (TCF Bank) said that it has completed its integration with Chemical Bank following the closing of a previously announced $3.6bn all-stock merger between their parent firms TCF Financial and Chemical Financial.

With the integration over, all the banking centres of the enlarged banking group will now operate under the TCF Bank name while Chemical Bank’s brand has been retired. Nearly 200 banking centers across Michigan and Ohio that were operating as Chemical Bank prior to the merger closing were affected by the name change.

The merger of equals, which saw TCF Financial merge into Chemical Financial was closed earlier this month, thereby creating what is said to be the largest national bank holding company in Michigan.

As per the parties, the enlarged bank holding company will leverage the strengths of Chemical Bank’s community banking and wealth management capabilities along with TCF Bank’s huge deposit franchise and knowledge in wholesale lending.

TCF Financial president and CEO Craig Dahl said: “TCF is a purpose-driven company passionate about how we can help people and businesses realize their dreams. As One TCF, we can bring the full breadth and depth of our services – and our team members’ expertise – to support our customers and communities.

“Today is a historic day for the new TCF, and we want all of our customers to know that with the final step complete in the merger of equals, we remain deeply committed to the communities where we live, work and serve.”

TCF Financial said that it is constructing a new headquarters in Detroit, Michigan. As of 30 June 2020, the company had $50bn in total assets and nearly 475 banking centers, which are located mainly in Michigan, Illinois, and Minnesota.