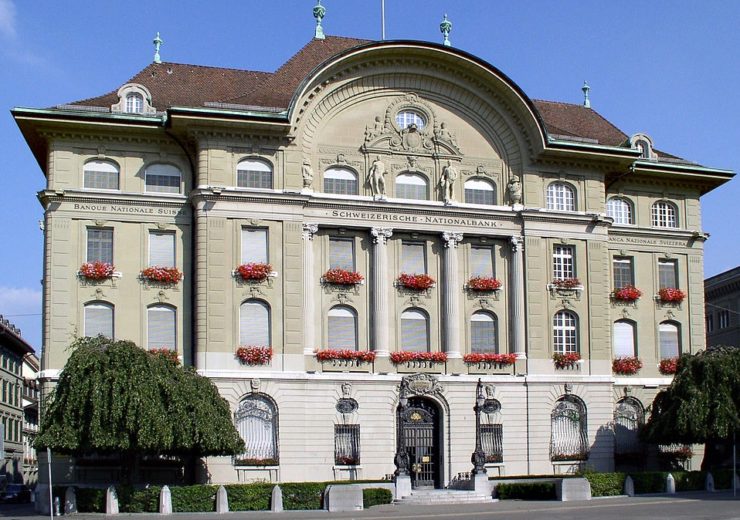 Image: SNB headquarters on the Bundesplatz in Bern. Photo: Courtesy of Baikonur/Wikipedia.org

The Swiss National Bank (SNB) and the Bank for International Settlements (BIS) have signed an operational agreement on the establishment of BIS Innovation Hub Centre in Switzerland.

BIS Innovation Hub Centre is expected to identify and develop in-depth insights into the critical trends in technology that can affect central banking, and develop public goods in the technology space to improve the functioning of the global financial system.

Swiss National Bank governing board chairman Thomas J Jordan said: “The SNB has for some time been closely following the digitalisation of the financial sector and technological innovations in the areas covered by its mandate.

“Through the cooperation at the BIS Innovation Hub Centre in Switzerland, the SNB will be able to further expand its expertise in the area of financial markets and their infrastructures. We look forward to bolstering our collaboration with the BIS and other central banks in this space.”

Two more hub centres will be developed in Asia

The hub will also serve as a focal point for a network of central bank experts on innovation. Other than Switzerland, hubs will also be established in Hong Kong SAR and Singapore in the initial phase.

Initially, the centre in Switzerland will conduct research on two projects. The first project will examine the integration of digital central bank money into a distributed ledger technology infrastructure (blockchain).

In the new form, the digital central bank money is expected to facilitate settling tokenised assets between financial institutions. Tokens are digital assets that can be transferred from one party to another.

The project will be conducted as part of a collaboration between the SNB and the SIX Group, as a proof of concept.

The second project will address the rise in requirements being placed on central banks to be able to effectively track and monitor electronic markets. The requirements are the result of greater automation and fragmentation of financial markets, as well as the increased use of new technologies.

Bank for International Settlements general manager Agustín Carstens said: “We are very proud that one of the first three Hub Centres will be here in Switzerland, where the BIS has been based for nearly 90 years. Switzerland is a hotbed of innovation.

“This comes on top of its overall competitiveness, well-established financial ecosystem, and strong academic institutions specialising in technology.”