QR-bill set to be launched in Switzerland

The QR-bill is set to be launched in Switzerland on 30 June 2020. This will make payment easier, faster and more efficient 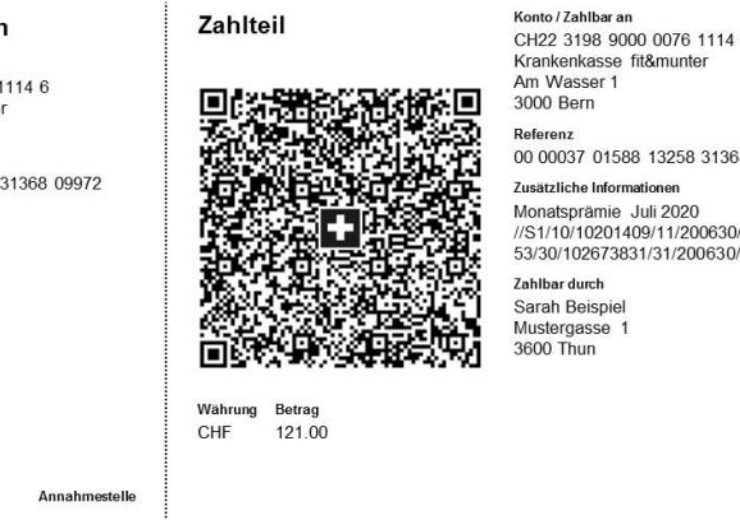 The QR-bill will modernize Swiss payment transactions. From 30 June 2020, invoice recipients will be receiving their first QR-bills instead of the traditional payment slips. You can recognize the QR-bill by the Swiss QR Code, which contains all the information needed for easy, automatic and efficient payment.

Gradual replacement of the payment slips

Invoice recipients have a range of options when it comes to paying a QR-bill:

The QR-bill offers many benefits

Invoice recipients can scan the QR code quickly and easily. One click and payment is triggered automatically. You also no longer have to type the account and reference numbers, which makes payment faster and reduces the potential for error. Another benefit is the standardized format: Now there is only one document instead of seven different payment slips as before.

For invoice issuers (companies), too, the entire invoicing process will be faster, more efficient and, in the medium term, more cost-effective thanks to structured payment details, less manual work, the reduced potential for error and simplified debtor management. In addition, QR-bills can be created by the invoice issuers themselves and printed on white, perforated paper. QR-bills will offer a range of benefits for all market participants and the Swiss economy as a whole and make an important contribution to Switzerland’s digitalization strategy.

Invoice recipients have the choice

Invoice recipients can reap the benefits of QR-bills and pay digitally. But no one will be forced to change their payment habits because all the usual payment methods – whether by mail or at the bank – will still be possible. The traditional payment slips and QR-bill can be used in parallel until further notice. Patrick Graf, Chair of the SIX Interbank Clearing Ltd Board of Directors and Member of the Executive Board of PostFinance: “The payment slips have been around for decades. Phasing out a Swiss ‘cultural asset’ like this is something that the Swiss financial center would do only with due respect and caution. We’re not taking anything away from consumers, merely offering the QR-bill as an additional means of payment. So from 30 June 2020, people will also be able to make digital payments if they wish.”

The Swiss banks will update their mobile banking and e-banking solutions in time for 30 June 2020, to support QR-bill payments. This means that consumers don’t need to do anything except wait for further information from their bank. Companies with hardware and software solutions, however, will have to update their creditor and payment software as well as their reader devices and scanning platforms to enable the receipt and payment of QR-bills.

Foundation for the digitalization of payment transactions

By launching the QR-bill, the Swiss financial center – with the support of Swiss economy and society – is laying the foundation for end-to-end digital financial processes. The QR-bill bridges the gap between the paper-based and digital worlds and meets modern-day market requirements. It also fulfills increased regulatory requirements, with the expanded data content of the QR code ensuring long-term viability.

Joint development of the QR-bill

SIX operates, develops and digitalizes payment transactions for Switzerland as a financial center and is responsible for developing and launching the new QR-bill. The QR-bill was developed by SIX in collaboration with banks and software partners and in close consultation with representatives from the corporate world and private customers. The market launch, too, of the QR-bill is a joint endeavor of the financial center, business, state and consumer representatives. Marco Menotti, Head of Banking Services and Member of the Executive Board of SIX: “The QR-bill was jointly developed by SIX and all the relevant players in the Swiss financial center and designed to meet broad market requirements. The needs of all the market players were identified and are reflected in the new QR-bill. This will ensure that it receives widespread approval and support, an important criterion for becoming established as the new invoicing standard.”