NCB, Samba to merge to create new Saudi bank with $223bn in assets

With headquarters in Riyadh, NCB will be the surviving entity following the merger 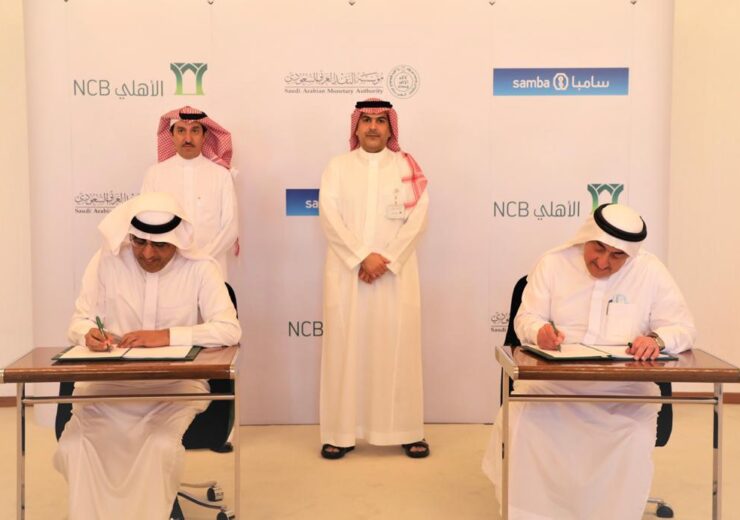 If approved by shareholders and regulators, the deal will bring together two complementary banks in Saudi Arabia.

Expected to be closed in the first half of next year, the deal will result in NCB being the surviving entity as it will take over Samba. The new bank will be headquartered in Riyadh.

The deal will combine NCB’s position as the largest institutional lender in Saudi Arabia with Samba’s transaction banking and corporate finance capabilities.

In addition, it is expected to result in the creation of a major bank in the Middle East region, serving approximately 25% of the retail and wholesale banking market.

“Such a transformation requires a robust financial services sector, especially highly capitalized, resilient banks that can fund economic development, as well as support Saudi Arabia’s trade and capital flows with the region and the rest of the world.

“Our ambition is to create a national champion that can facilitate the transformation envisaged under Vision 2030 and create a pioneer for next-generation banking services that nurtures tomorrow’s industry leaders.”

The new larger bank is expected to be positioned to speed up the transformation of Saudi Arabia’s banking landscape and deliver progress towards Vision 2030.

With a strong capital base and lending capabilities, it will support the Kingdom’s landmark deals and mega projects.

The combined company will own both NCB Capital Company and Samba Capital & Investment Management Company, which together will be a major asset manager, brokerage and investment bank in Saudi Arabia.