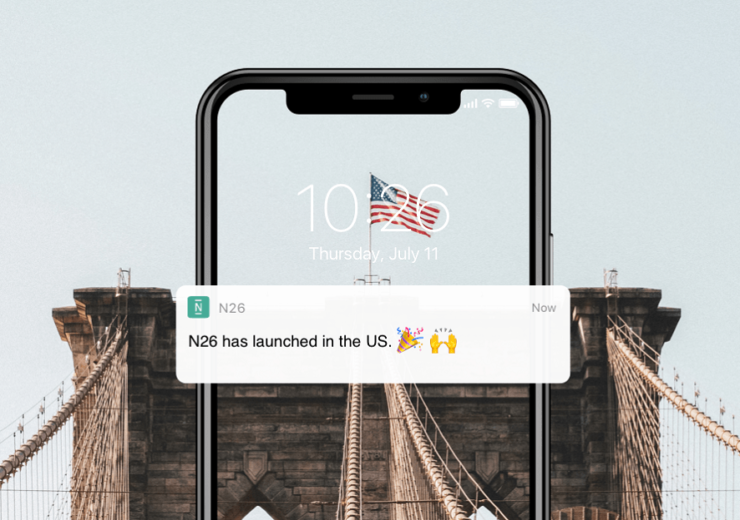 N26 has announced its full launch in America (Credit: N26)

Digital challenger bank N26 is now available to all customers in America, following a two-month beta test programme in the country.

Last month, the German fintech announced its first steps into the US market, as it seeks to build on success in Europe that has made it one of the world’s most valuable fintech companies, at a valuation of $3.5bn.

Today’s full account launch includes a range of features for US customers, including peer-to-peer transfers and early access to salary payments.

N26 US CEO Nicolas Kopp said: “We are excited to now open up N26 to the millions of US consumers who are frustrated with their current banking experience.

“We give users a banking app and Visa debit card that matches their lifestyles.”

US residents can download the N26 app from either the Apple App Store or Google Play, with eligible customers able to open a new account in less than five minutes.

N26 will announce its presence in the country through a brand awareness campaign which will be shown on “buses, trains and taxis across New York, San Francisco and Chicago”.

N26 has partnered locally with Axos Bank to ensure deposits in its current accounts (checking accounts for US customers) are insured by the Federal Deposit Insurance Corporation (FDIC).

Many mobile-first challenger banks in the US elect to follow this partnership route, as obtaining a banking licence in the country is a costly and time-consuming process.

Speaking about his bank’s American launch last month, N26 CEO Valentin Stalf said: “The US launch is a major milestone for N26 to change banking globally and reach more than 50 million customers in the coming years.

“We know that millions of people around the world, and particularly in the US, are still paying hidden and exorbitant fees and are frustrated by poor banking experiences.

“N26 will radically change the way Americans bank as it has done for so many people throughout Europe.”

Since its launch in launch in Europe in 2015, N26 has attracted more than 3.5 million customers to use its platform and, in addition to its move into the US, has future plans to enter the Brazilian market.

N26 will face stiff competition from other mobile banks in America

The German fintech will compete with a number of existing digital banks in the US, including the likes of Chime, SoFi and Simple — as well as its European rival Monzo, which has also made the trip across the Atlantic in recent months.

Users can also get early access to their salary up to two days earlier than usual if they create a direct debit into their N26 account, while the customisable Spaces feature allows account micromanagement to help with savings goals.