The Germany-based Deutsche Bank is in the midst of an ongoing €7.4bn restructuring programme 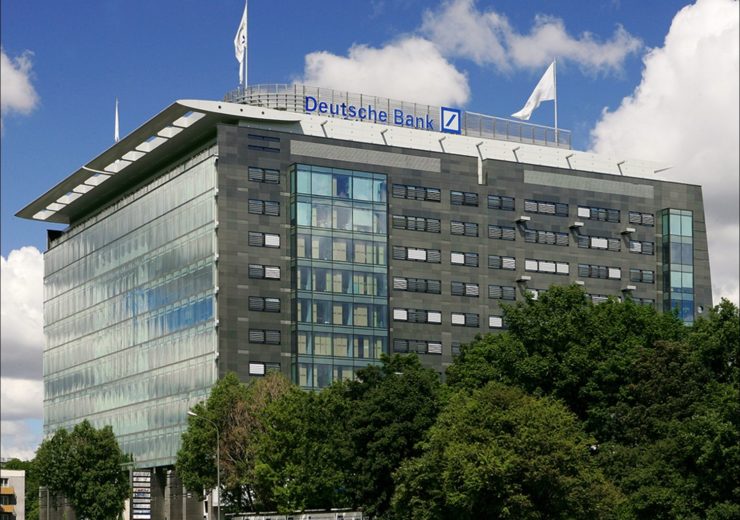 The German banking group has been going through a €7.4bn restructuring programme, as announced in July 2019, which includes slashing of nearly 18,000 jobs by 2022.

The bank said that it has made substantial progress with its restructuring process in line with some of the main targets set by its management, which includes de-risking, reduction in costs, and growth in business volumes.

In the second quarter of this year, Deutsche Bank saw a net loss of €3.1bn due to the €3.4bn charge it took for executing the restructuring strategy.

Net revenues of the German banking company were down by 15% to €5.26bn in the third quarter of 2019 from €6.17bn made in Q3 2018. The bank said that the drop in net revenues was mainly due to its decision to quit the Equities Sales & Trading business, which is also part of the ongoing restructuring process.

Deutsche Bank said that its core banking business, which excludes the newly created Capital Release Unit, made a pre-tax profit of €353m, with all the four main businesses making profits in the third quarter.

The Capital Release Unit was created to manage the wind-down of the assets associated with business activities, which are being exited or reduced. This unit made a loss before tax of €1.0bn in Q3 2019, said the German banking group.

In the corporate bank unit, the net revenues moved up by 6% to €1.3bn in the reported quarter, which has been mainly driven by higher net interest income, with loans increasing by 7%.

The asset management business had a 4% decrease in net revenues at €543m.

Deutsche Bank CEO Christian Sewing said: “Despite having launched the most comprehensive restructuring of our bank in two decades, we delivered profits in our four core businesses during the quarter and grew loans and assets under management.

“Transformation is fully underway with tangible progress on costs and de-risking. A 13.4% CET1 ratio underlines our strength. I want to thank our employees for their strong performance and commitment during this period of change, and our clients for the strong vote of confidence in our new strategy.”