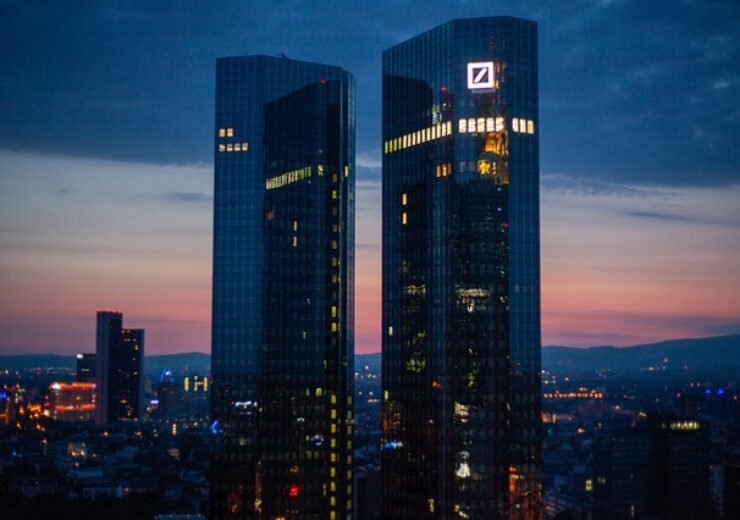 The closures are aimed at saving costs. (Credit: Jasmin Sessler from Pixabay)

German banking giant Deutsche Bank is reportedly planning to close 20% of its branches in Germany in the wake of the Covid-19 pandemic.

The move will see at least 100 branches being closed down from a network of 500 branches, an executive of the bank told Reuters.

The closures are aimed at saving costs, while taking advantage of the changing customer preference towards digital banking services.

The branches that will be closed down are expected to be in urban locations and could take place ‘as soon as possible’, Philipp Gossow, who oversees the bank’s retail banking business in Germany told the news agency.

Gossow was quoted by Reuters as saying: “Coronavirus has further changed the demands placed on advisory services and the branch business,” Gossow said.

“Even customers who were previously not very familiar with online banking are now doing many simple banking transactions from home on their computer or iPad.”

Last July, the German bank announced its intention to cut 18,000 jobs by 2022 as part of a restructuring move. The move was estimated to cost the bank nearly €7.4bn from impairments, restructuring costs and severance payments by 2022.

The restructuring move is also expected to bring an increase in revenues from €22.8bn in core banking in 2018 to nearly €25bn by 2022.

The plans involved downsizing its investment banking operations to a significant extent, with a goal to reduce the total costs by one-fourth by 2022.

The move is part of a series of steps it will implement for optimising its business in the country.