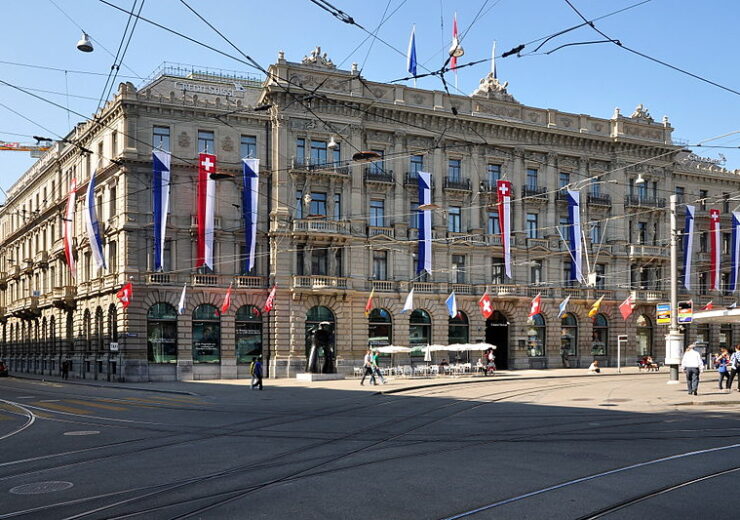 According to the Swiss banking group, the 1Q20 net income represented the highest quarterly result in the last five years, which was driven by a negative tax rate.

In the preceding quarter, that is 4Q19, the net income attributable to shareholders for the banking group was CHF852m ($870m).

The Swiss investment banking company said that in spite of the COVID-19 pandemic and the resultant volatile market environment, its pre-tax income for the first quarter of 2020 managed to move up 13% year-on-year at CHF1.2bn from the figure of CHF1.06bn reported in 1Q19.

The increase in the pre-tax income was due to the gain from the second and final closing of the transfer of InvestLab funds platform to Allfunds Group, said the Swiss bank.

Net revenues of the banking group for 1Q20 went up by 7% to CHF5.77bn compared to CHF5.38bn in the corresponding quarter in the previous year.

The total operating expenses for the reported quarter were down by 6% from CHF4.24bn in 1Q19 to CHF4bn.

The international wealth management (IWM) business had a 6% growth in its net revenues at CHF1.5bn in the reported quarter against the figure of CHF1.4bn announced in the corresponding quarter in 2018.

In the investment banking and capital markets, Credit Suisse saw a 47% decline in net revenues from CHF357m made in 1Q19 to CHF189m in 1Q20.

“Our wealth management-focused business model proved to be resilient once more, while allowing us to leverage our investment banking capabilities for our clients in a period of high volatility.

“In line with our global positioning as the ‘Bank for Entrepreneurs’, and emphasizing the importance of our home market, we played an active role in the development of the bridging loan solution for Swiss small and medium-sized enterprises (SMEs), sponsored by the Swiss government.”