However, the bank witnessed a continued growth in its private and small-business customers (PSBC) segment 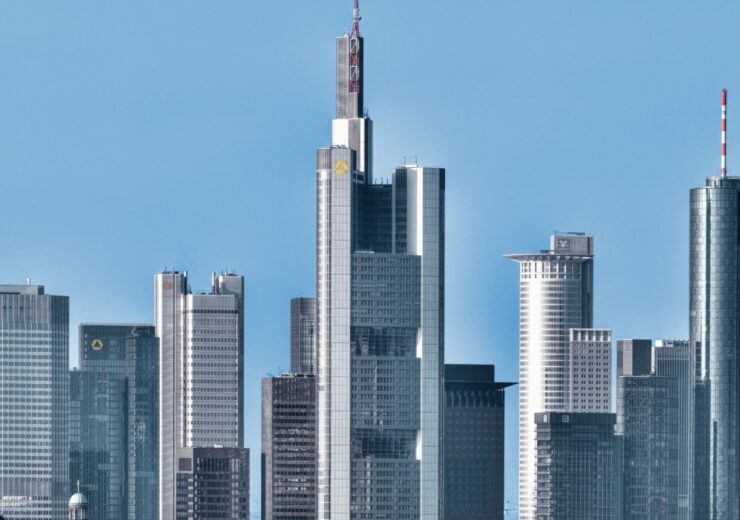 German bank Commerzbank has reported a consolidated profit of €220m for this year’s second quarter, posting a 21.2% drop compared to €279m recorded in the corresponding period last year.

The bank said that the fall in the profits was due to a spike in risk result, which increased from €178m in Q2 2019 to €469m in the second quarter of this year.

It included additional effects of minus €131m resulting from the coronavirus and an impact of €175m from a single case. It also includes €84m in provisional recognition for potential corona-related effects, the bank said.

The bank’s total revenues stood at €2.27bn in the second quarter,  a 6.8% increase compared to €2.13bn for the same period last year. In the first quarter, its total revenues were recorded at €1.85bn.

The operating expenses of the bank declined by 3.3% in the second quarter from €1.58bn in last year’s Q2.

Under the private and small-business customers (PSBC) segment, the bank said that its growth continued in Q2, adding 103,000 net new customers in Germany primarily through digital channels.

At the end of June, the loan and securities volume reached €262bn, increasing from €239bn this March. The volume of mortgage lending increased by 7% to €84bn, while the volume of consumer loans remained stable.

Commerzbank also said that its revenue from corporate clients segment had increased slightly from €776m in last year’s Q2 to €791m, driven mainly by the International Corporates division. In particular, the bank’s bonds business witnessed the strongest quarter in the last five years.

Commerzbank board of managing directors chairman Martin Zielke said: “In the second quarter, we achieved a positive result in spite of the coronavirus and we were able support our customers in overcoming the consequences of the pandemic. That is the top priority in times like this.

“We have benefited from the fact that in recent years we have positioned the Bank to be much more robust and more digital.”