Commerzbank has violated Principle 3 of the FCA’s Principles for Businesses, which requires firms to ensure acceptable risk management systems in place 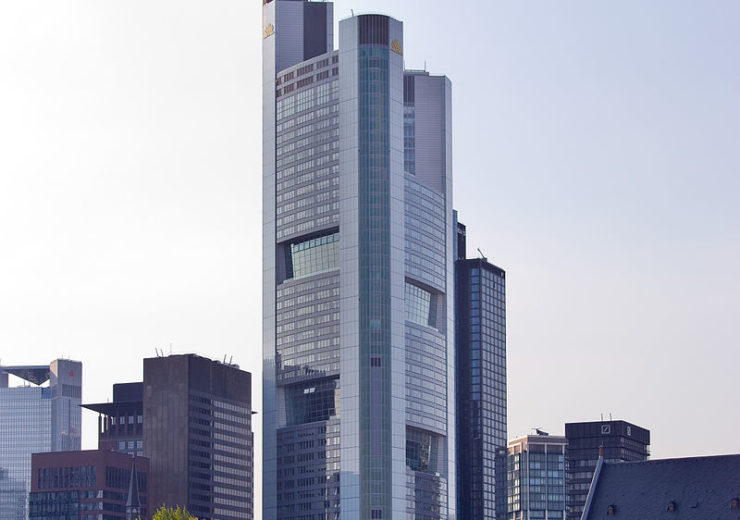 Commerzbank Tower as seen from the Eiserner Steg. (Credit: Mylius/Wikipedia.)

The UK Financial Conduct Authority (FCA) has fined Commerzbank £37.8m for its failure to implement proper anti-money laundering (AML) systems and controls between October 2012 and September 2017.

FCA said that Commerzbank London was aware of the issues, and failed to take effective action towards fixing them, though it has raised specific concerns about them in 2012, 2015 and 2017.

Also, the issues continued while the financial regulator guided the companies to reduce financial crime risk and take actions against various firms about AML controls. Regardless of its clear warnings, failures of Commerzbank continued, said FCA.

FCA executive director of Enforcement and Market Oversight Mark Steward said: “Commerzbank London’s failings over several years created a significant risk that financial and other crime might be undetected.

“Firms should recognise that AML controls are vitally important to the integrity of the UK financial system.”

Firms operating in the UK, including branches of overseas firms, are bound to take reasonable care in organising and controlling their affairs and maintaining an effective risk-based AML control framework.

In its investigation, FCA has identified failings in several areas, including Commerzbank London’s failure to conduct timely periodic due diligence on its clients, which resulted in a significant number of existing clients not being subject to timely know-your-client checks.

Most of the clients could continue transactions with the bank, due to the implementation of an exceptions process, which was not controlled and became out of control by the end of 2016.

Also, the bank has long-standing weaknesses in its automated tool for monitoring money laundering risk on transactions for clients.

FCA said that Commerzbank has violated Principle 3 of the FCA’s Principles for Businesses, which requires firms to ensure acceptable risk management systems in place.

Furthermore, the bank has agreed to resolve the issue at an early stage of the investigation and therefore qualified for a 30% discount, said the FCA.