Bank of Scotland fined £45.5m by FCA for failing to check fraud

Bank of Scotland (BOS) has been fined £45.5m by the UK’s Financial Conduct Authority (FCA) for failing to report suspicions of possible fraud that took place at the Reading branch of Halifax Bank of Scotland in early 2007. 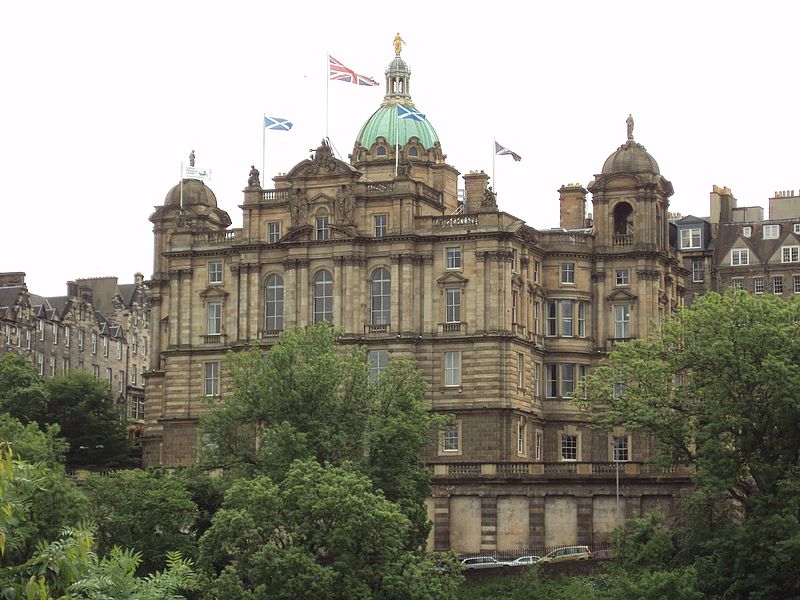 Image: Head office of the Bank of Scotland, Edinburgh. Photo: courtesy of Rept0n1x/Wikipedia.org.

FCA ruled that Bank of Scotland was not open and cooperating and that it failed to appropriately reveal information to the Financial Services Authority (FSA), the regulator at the time of the alleged fraudulent activities.

According to the FCA, the then director of the Impaired Asset Team (IAR) at the Reading branch, Lynden Scourfield managed to sanction limits and additional lending facilities beyond the scope of his authority. This fraud went unnoticed for more than three years as per the regulator.

In early May 2007, the bank came to know that the effect of the breaches would give it substantial losses.

The FCA said that on several occasions, the bank over the next two years could not properly understand and appreciate the importance of the information it had identified although there were clear warning signs of a possible fraud taking place. The financial regulatory body alleged that there wasn’t sufficient challenge, review or probe across the organisation and from top to bottom.

In July 2009, the FSA was given full disclosure by the bank pertaining to its suspicions of fraud taking place at IAR, which included the report of a probe held in 2007. Just prior to that, the FSA reported the issue to the National Crime Agency.

The FCA claimed that the bank also did not disclose its suspicions to any other law enforcement agency.

After an investigation by Thames Valley Police, Lynden Scourfield and another Bank of Scotland employee, Mark Dobson along with four other individuals were sentenced in 2017 for their involvement in the fraud done through the IAR.

FCA enforcement and market oversight executive director Mark Steward said: “BOS’s failures caused delays to the investigations by both the FCA and Thames Valley Police. There is no evidence anyone properly addressed their mind to this matter or its consequences.

“The result risked substantial prejudice to the interests of justice, delaying scrutiny of the fraud by regulators, the start of criminal proceedings as well as the payment of compensation to customers.”