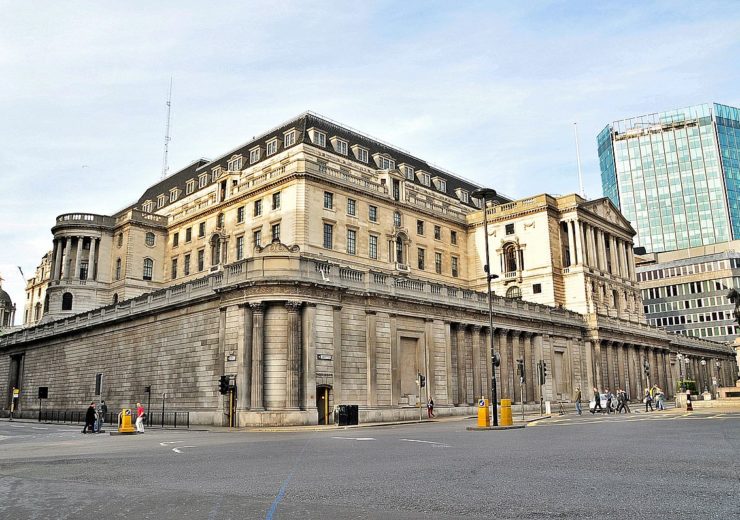 The Bank of England has increased its bond-buying programme by £100bn to boost the UK economic recovery from the Covid-19 crisis.

The central bank has also agreed to maintain the interest rate at 0.1%.

The bank’s Monetary Policy Committee (MPC) has voted 8-1 in favour of the quantitative easing decision to counter the severe economic and financial disruption caused by the Covid-19 pandemic.

MPC expects that the bond buying programme to be completed around the turn of the year.

The latest round of quantitative easing from the Bank of England has taken the total asset purchases to £745bn.

Bank of England says UK GDP has started to recover

The bank said evidence from more timely indicators indicates that UK GDP started to recover, after contracting by 20% in April.

In addition, recent data suggests that the fall in the global GDP for this year’s second quarter could be less severe than previously expected. There are also signs of consumer spending and services picking up, after restrictions have been eases.

Payments data also suggest that the UK economy is faring better, as consumer spending for last month and this month have started picking up. While unemployment rate has remained unchanged at 3.9% in the three months to April, other indications on payrolls data and job vacancies suggest that the labour market has weakened materially.

After stronger than expected take-up of the Coronavirus Job Retention Scheme, higher number of workers could be furloughed in the second quarter, the central bank said.

The Bank of England stated: “The unprecedented situation means that the outlook for the UK and global economies is unusually uncertain.

“It will depend critically on the evolution of the pandemic, measures taken to protect public health, and how governments, households and businesses respond to these factors.”