Andrew Bailey is serving FCA since 2016, and has held senior roles across the areas of monetary, financial and economic policy 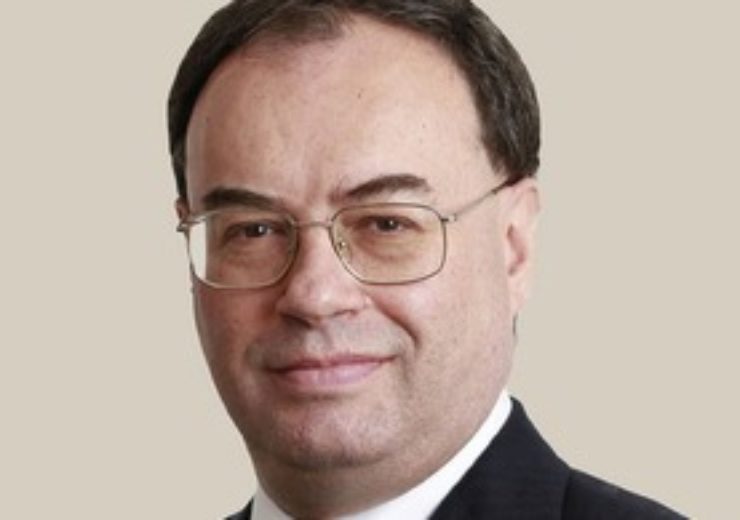 Andrew Bailey, the new governor of the Bank of England. Credit: UK Government.

The UK’s HM Treasury (Exchequer) has announced the appointment of Andrew Bailey as the next Governor of Bank of England (BoE), the central bank of the UK, succeeding Mark Carney.

Bailey, the current CEO of Financial Conduct Authority (FCA), will be the 121st governor of the country’s central bank. Taking charge from 16 March 2020, he will serve as the BoE’s governor for a term of eight years.

Bailey said: “It is a tremendous honour to be chosen as Governor of the Bank of England and to have the opportunity to serve the people of the United Kingdom, particularly at such a critical time for the nation as we leave the European Union.

“The Bank has a very important job and, as Governor, I will continue the work that Mark Carney has done to ensure that it has the public interest at the heart of everything it does. It is important to me that the Bank continues to work for the public by maintaining monetary and financial stability and ensuring that financial institutions are safe and sound.”

To ensure the smooth transition, Carney, who has been serving since 2013, has received a short extention to his term as the governor of the BoE until 15 March.

Prior to the departure of Bailey, an interim chief executive will be appointed to manage the FCA, until HM Treasury selects a permanent successor.

Bailey is serving FCA since 2016, and has held senior roles across the areas of monetary, financial and economic policy.

Through his work with the Financial Stability Board, and the International Organisation of Securities Commissions, the new governor also has extensive international experience.

Chancellor of the Exchequer Sajid Javid said: “When we launched this process, we said we were looking for a leader of international standing with expertise across monetary, economic and regulatory matters. In Andrew Bailey that is who we have appointed. Andrew was the stand-out candidate in a competitive field.

“He is the right person to lead the Bank as we forge a new future outside the EU and level-up opportunity across the country. I also want to take this opportunity to thank Mark Carney for his service as Governor. The intellect, rigour and leadership he brought to the role during a critical time was a significant contribution to the UK economy moving to recovery and growth.”