Who is Alison Rose? The RBS veteran set to become the bank’s top boss

RBS becomes the first Big Four UK bank to be led by a woman, with Alison Rose to take over the reins from departing CEO Ross McEwan the day after Brexit 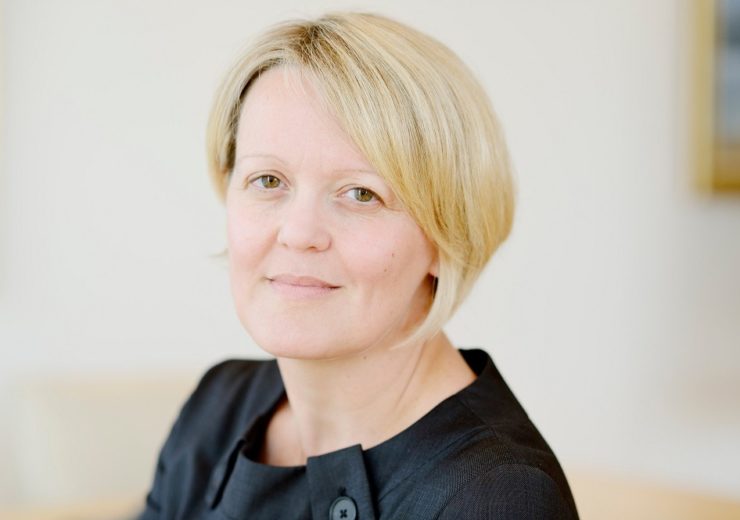 Alison Rose is tipped for the top job at RBS in what could be a landmark appointment for women in banking (Credit: RBS)

Alison Rose has been appointed as the new chief executive of the Royal Bank of Scotland (RBS) — becoming the first female boss of a Big Four bank in the UK.

The current deputy CEO of NatWest Holdings — a division of RBS — will take on the role from 1 November.

Incumbent RBS boss Ross McEwan announced in April his intention to step down from his role at the head of the 62% state-owned banking giant, saying it was the “right time” to go having delivered on his strategy of stabilising the bank following its post-crisis bailout.

He will retire on 31 October – the same day Britain is set to leave the European Union.

RBS chairman Howard Davies said he was “delighted” to appoint Rose, who also heads up its commercial and private banking division in her existing position.

“She brings extensive experience and a track record of success from her previous roles at the bank,” he added.

“Following a rigorous internal and external process, I am confident that we have appointed the best person for the job.”

Who is Alison Rose? An RBS ‘lifer’ now taking on the top job

A history graduate from Durham University, Rose joined RBS in 1994 and has been there ever since — forging a path up the corporate steps over the course of a 25-year career.

She has held senior roles in the leveraged finance, international banking and commercial banking divisions of the business, and was made deputy CEO of NatWest Holdings in December 2018.

Rose has been a strong advocate of gender diversity in the workplace, and recently led the Rose Review — a Treasury-commissioned report on female entrepreneurship in the UK, and the barriers faced by women seeking to develop a business.

In it, she said: “I firmly believe that the disparity that exists between female and male entrepreneurs is unacceptable and holding the UK back. The unrealised potential for the UK economy is enormous.

“To make the UK the most attractive place to do business we need the creativity and innovation that comes from diversity of thought in order to keep up with the rapidly changing world around us.”

Within RBS, Rose oversees an accelerator programme for entrepreneurs — with 50% of the participants being female — as well as the bank’s Women in Business programme, which runs a support network helping female business leaders achieve success.

Her work hasn’t gone unnoticed, she was shortlisted for the ‘most influential woman in investment banking’ award by Financial News and included in the 2018 Women in Fintech Powerlist.

What will Alison Rose encounter at the head of RBS?

RBS remains 62.4% publicly-owned, following a £46bn government bailout agreement at the height of the 2008 financial crisis.

Last year, the Office for Budget Responsibility confirmed Treasury plans to offload its shares in the bank over a five year period — yielding an estimated £20.6bn ($24.9bn) by 2024.

It is likely that the re-privatisation of the Royal Bank of Scotland will fall under Rose’s stewardship, bringing to an end more than a decade of public ownership.

The challenge of navigating Brexit and global economic uncertainty caused by global trade tensions will dominate the near-term outlooks of all firms working across financial services.

RBS issued a warning, however, that it was “very unlikely” to hit next year’s profit targets, given the uncertainty and upheaval caused by Brexit and other global economic challenges.

Outgoing CEO McEwan, who is now poised to become CEO of National Australia Bank, said: “This is a solid set of results in challenging market conditions.

“We have delivered our largest half year profit in more than a decade and have announced a further £1.7bn ($2.1bn) in dividends to shareholders, of which more than £1bn ($1.2bn) will go directly to the UK taxpayer.

“Given the uncertain and competitive environment, we are focused on the areas we can control — costs are down, capital and liquidity are strong and we continue to grow lending to the real economy.”

Alison Rose is appointed RBS CEO – how much is her salary?

After her long-mooted appointment was confirmed on 20 September, it was revealed Rose said: “It is a huge honour to have been appointed as the new CEO of RBS and I am looking forward to getting started.

“As one of the oldest and most important financial institutions in the UK, we have a key role to play in supporting the economy and championing the potential that exists across the country.”

“Our industry is facing a series of challenges – from the ongoing economic and political uncertainty to shifts in the behaviour and expectations of our customers, driven by rapid advances in technology.

“It will be my priority to make sure we are ready to meet these challenges and build the best bank for families, businesses and communities.

“We will be driven with real purpose in our work to help achieve the goals and potential of our customers and be there for them at key moments in their lives.”

Rose will be paid £1.1m per year alongside a share-based bonus worth up to 175% of her salary

RBS said it was “a restrained pay position in terms of comparable roles.”