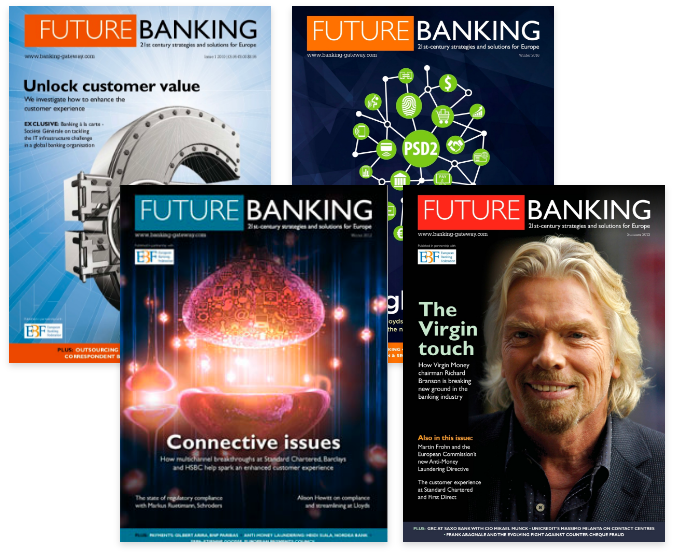 In print, in person, online and on TV

The current investment surge in technology is underpinning the future growth strategies within the world’s major banks with unprecedented vigour. The majority of key players are making signi can’t investments in tech and IT with spending levels at an all time high. This is set to increase in the coming years, reaching the $500 billion mark before the end of the decade.

Banks are using technology to achieve a broad range of objectives as an enabler to drive down costs, renew and enhance their platforms, meet the evolving expectations of customers, strengthen compliance and boost operational ef ciencies. Regulation is also continuing to drive IT spend, particularly in Europe where banks have to comply with both European and local law. In addition, as cyber security risks become more prominent, the industry will continue to strengthen its defences.

Published in print and digital formats, this multiplatform publication provides a unique blend of in-depth commentary and analysis of the key issues shaping the market, while offering a valuable and effective way of reaching and in uencing high-spending technology professionals and c-level executives.

Future Banking also offers a unique suite of products that are carefully crafted for key decision-makers to engage with the vendor community.

Future Banking continues to invest heavily in a continually updated global database of decision-makers to ensure precise and accurate coverage of the budget-holders responsible for purchasing and specifying all the products and services they need to operate successfully.

The operational, strategic and technical readers of Future Banking have the authority to recommend, specify or authorise over 73% of all spend in the market (publisher’s survey). The publication can help influence the right people by communicating directly with the right people. 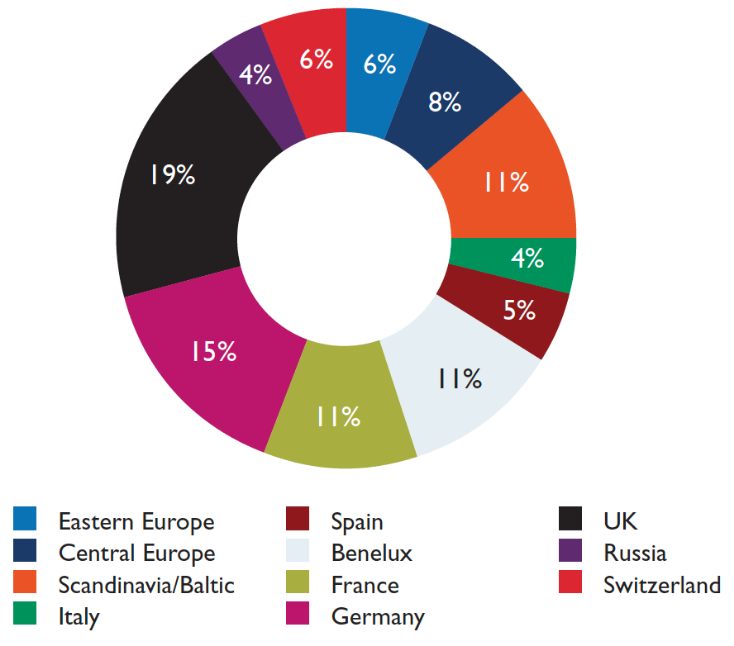 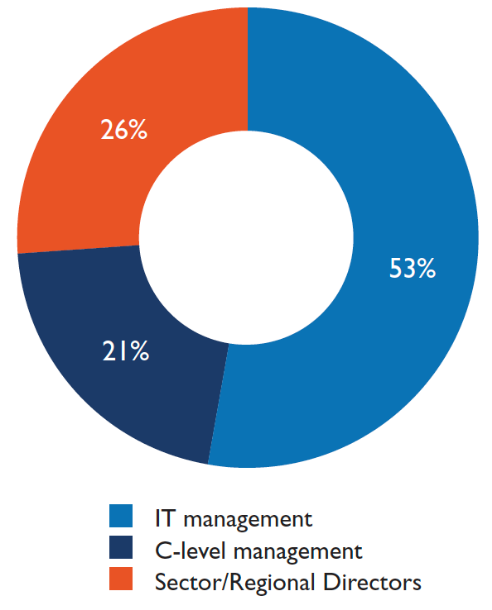 Quality content is at the heart of Future Banking. Our expert editorial team selects the best opinion and trend analysis from the individuals and organisations driving the industry, enabling readers to gain a complete picture of the current market trends, key players and analyse the competitive landscape. 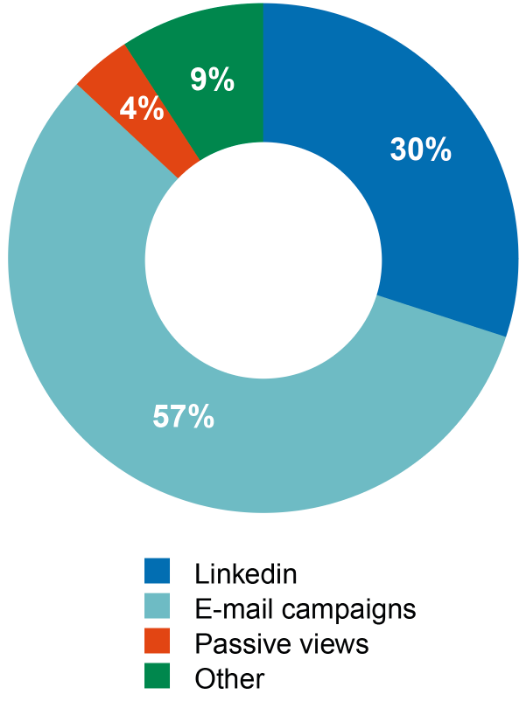 Bank branches are closing in their thousands; in the UK, this has been compounded by the Brexit decision, with many financial institutions pledging to move services abroad. Meanwhile, Handelsbanken, a lender from Sweden without conventional marketing or big bonuses, has expanded. The UK CEO Mikael Sorensen reveals the secret to the banks success.

The amount of power used by data centres is doubling every four years. A bank’s data centre is particularly energy-intensive. BNP Paribas has committed to becoming carbon neutral by the end of 2017 in terms of the energy arising from all of its operations. Arno Petzold, director of data center solutions Europe at BNP Paribas Real Estate tells us how the bank is becoming more eco-friendly.

Following Brexit, more banks are turning to Ireland to expand their operations. Deutsche Bank has opened a new data ‘hive’ in Dublin, creating 125 new roles in the process. Sheamus Causer, chief country of cer, Ireland, and head of analytics at Deutsche Bank, explains how he hopes the data lab can become a global centre of excellence for the lender. 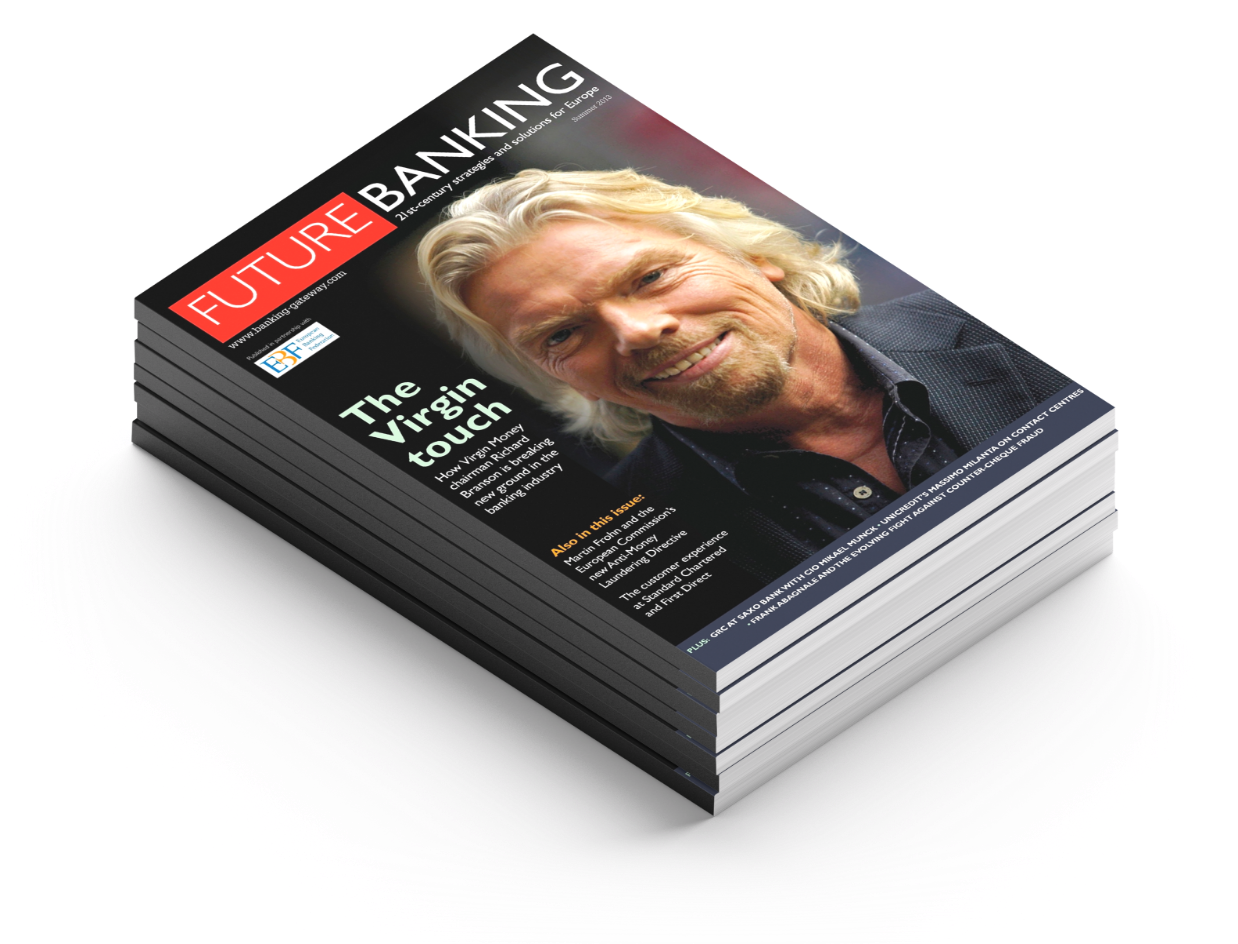 As the nancial world shifts to a digital focus, more than 11 million people in the UK still lack the basic skills to benefit from online banking. Earlier this year, Lloyds Banking Group and Digital Leaders joined forces to host a digital salon in Manchester, in the UK, which focused on improving technical abilities across the region. Morteza Mahjour is group CIO at the Lloyds Banking Group, he explains why customer engagement with digital is an imperative.

The Digital Trade Chain Consortium (DTCC) – which consists of Deutsche Bank, HSBC, KBC, Natixis, Rabobank, Societe Generale and Unicredit – was created earlier this year to tackle the nancing gaps hindering domestic and cross-border trade for SMEs in Europe. We talk with Hubert Benoot, general manager of trade nance at KBC, who explains how the DTCC is helping to increase overall trade transaction transparency.

Inside the biggest fintech hub in Europe, innovators cooperate, attempting to create breakthroughs to revolutionise nance. London’s Rise complex is the largest of seven centres worldwide. Within this community, start-ups and entrepreneurs meet to share knowledge and compete in regular hackathons. We meet Michael Harte, head of innovation at Barclays, who tells us about the project and the aims of Rise’s new ntech course.

Nordea is the largest nancial group in northern Europe. The bank has recently set up a new ‘Group Digital’ unit.Ewan MacLeod was appointed chief digital of cer in 2016; he tells us about the lender’s bid to become a truly digital financial institution. As part of its transformation, it has become the first bank in Finland to offer its customers an equity-based crowdfunding service.

It’s the currency that could change the world of nance as we know it. Falcon bank in Switzerland is embracing Bitcoin, offering its high-net worth clients access to the cryptocurrency domain. Arthur Vayloyan, global head of products and services, talks about the move to enable Bitcoin use at his bank. Llew Claasen, executive director of the Bitcoin Foundation, discusses the shift in attitude towards Bitcoin at banks.

Users of Barclaycard’s bPay are able to load money from their bank cards onto their wristbands online. We discuss the potential of wearable technology with Mike Saunders, managing director of digital consumer payments at Barclaycard.

Swedbank’s Nina web assistant now has an average of 30,000 conversations a month and can handle more than 350 different customer questions. We speak with Martin Kedbäck, head of channel management at Swedbank, about the transformative powers of this technology.

Open banking promises to provide better services to consumers, more informed decision making and lower costs for banks. However, it also requires a mindset change by the industry. The payments initiation API, which will be live from January 2018, will enable third parties to set up secure payments on behalf of customers. We discuss the move with Imran Gulamhuseinwala, trustee of Open Banking.

Anthony Thomson has revolutionised the banking industry as we know it. The maverick founded Metro Bank, the first UK high street lender in 150 years, in response to the financial crisis. He tells Future Banking how he’s now redefining the financial services landscape with Atom Bank, the UK’s first bank built exclusively for mobile.

Standard Chartered has partnered with Ripple Labs, a payments platform offering blockchain technology. We talk to Marcus Treacher, global head of strategic accounts at Ripple, and Gautam Jain, global head of digitisation, client access and transaction banking, at Standard Charteredwho identified Ripple as the leading organisation with a credible solution for cross-border payments.

Earthport is a cross-border payment network offering blockchain and listed on the FinTech50. It is backed by the World Bank and Axis Bank. We speak to Daniel Marovitz, chief operating oficer and former managing director at Deutsche Bank, and Hank Uberoi, the CEO of Earthport, about the future of payments and banking, technology such as blockchain, distributed ledger, and the need for lenders and fintech firms to collaborate.

Banking fraud has risen 26 % globally over the past year. To outwit the fraudsters, banks need to be more innovative. TSB plans to introduce iris recognition, allowing users to unlock their mobile app with a glance. Carlos Abarca, CIO at TSB explains why he thinks iris recognition is the most secure method of authentication available today.

The deadline for GDPR is looming. With cyber attacks growing increasingly sophisticated and occurring more frequently, the cost of a major breach could be astronomical to banks. Chris Popple, head of digital at RBS, tells us what can be done to mitigate this threat. 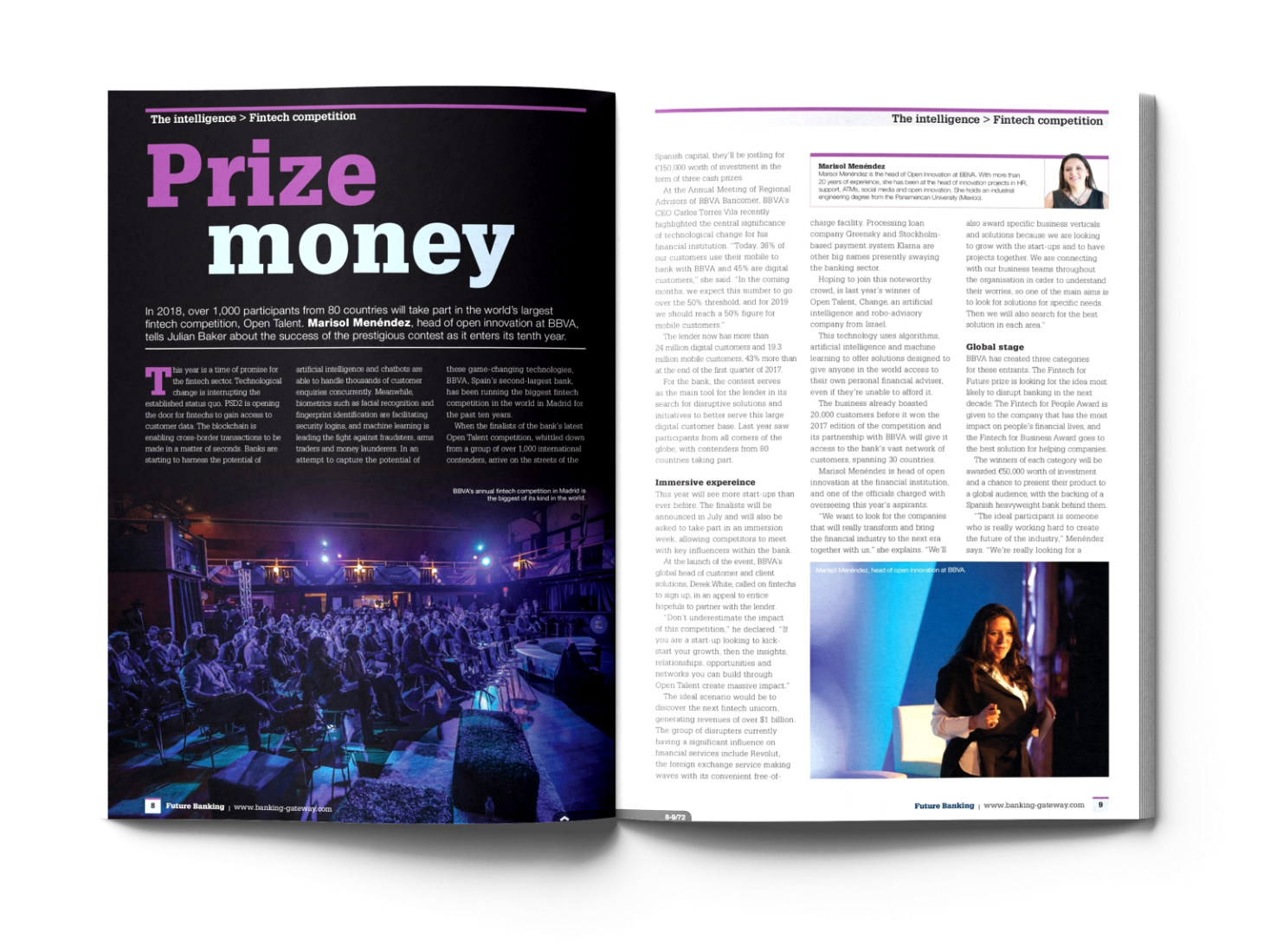 Your advert will be placed in an environment in which the reader already has an interest and this will stimulate a strong impulse to buy. However, the real value comes when major decision makers suddenly find a focused journal, specifically dedicated to their needs, that they can easily share with their peers and teams. The digital edition will provide links to your website, which will allow instant access or ordering. In addition, your advertisement or editorial can be enhanced with animation or video for greater impact and response.

The digital edition of Future Banking will be indexed by leading search engines, providing yet another way to draw readers to your advertisement. Readers looking for speci c information will arrive at the digital magazine page as easily as at a website.

Quality content, combined with a first-class approach to circulation, will ensure that advertisers are able to reach and impress the business leaders they need to influence.

A strictly limited number of advertising positions have been made available and the costs are as follows:

The Future Banking YouTube channel has been launched with great success, attracting tremendous interest amongst the global banking community.

Each episode receives approximately 1,000 views per day, which is driven by a highly targeted marketing campaign to the readers of the publication, website, twitter feed and via our extensive linkedIn group.

End user focus groups drive the topic agenda covered in each episode, with the result that participating vendors are viewed in the context of thought leaders and are therefore seen as natural solution providers.

The Future Banking Dining Club is an exclusive, invitation-only community of senior professionals working within the banking industry across the EMEA region. Delegates receive personal invitations to attend our regular dinners and breakfasts where we analyse recent technological, regulatory and market developments and their likely impact on industry leaders.

Events cover areas of retail, private, corporate, investment banking and asset management. The events are country specific and take the form of either a breakfast or dinner briefing for 15-18 banks enabling senior executives working in specialised areas to raise issues and find solutions with their peers and business partners. These events are held at exclusive venues located in major financial centres.

Delegates are senior IT decision makers from the banking community:

The more advertising channels you use, the better the results.