As technology continues to disrupt the financial services industry, women in fintech have an opportunity to reshape the industry from within 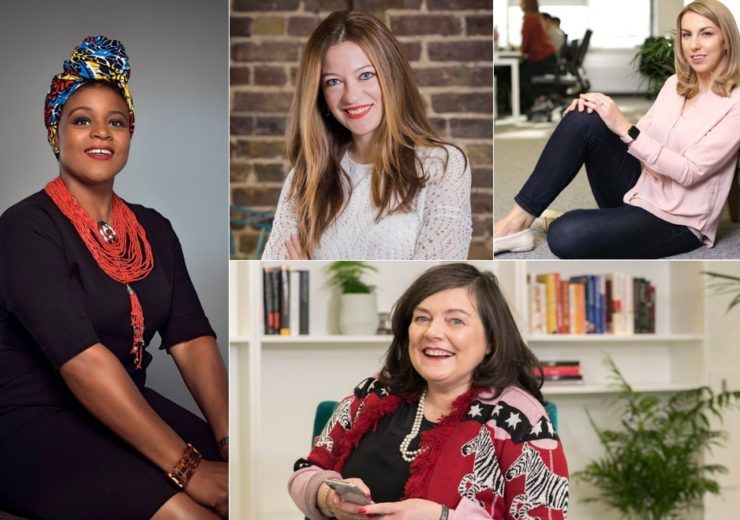 Women working in the fintech industry

Fintech has made a name for itself as an innovative sector challenging the status quo, and breathing new life into finance – and part of that shake-up means creating better opportunities for women to make an impact in a historically male-dominated workplace.

New companies, technologies and ways of looking at how financial services can be delivered are all contributing to a different kind of culture across the industry – and with it, fresh opportunities for women to shine.

Ghela Boskovich is a leading advocate of bridging the gender gap in financial services, and founded the FemTechGlobal community to promote and support diversity in fintech – she also sat on the judging panel for Innovate Finance’s latest Women in FinTech Powerlist.

Commenting on the state of play for women working in financial technology, she said: “Fintech is like any other industry when it comes to gender equality and balance – it has a long, long way to go to reach parity.

“Women represent only 30% of the fintech workforce, 12% of fintech founders are women, and women founders receive just 2% of venture capital.

“But irrespective of the imbalance, there is a fiercely active, tightly knit community of women working to change fintech for the better – from those actively building tech solutions, to those working inside financial institutions to drive innovation and change, or those designing products that better tap into an underserved market and drive financial inclusion.

“Considering women make 80% of all household financial decisions, have a better savings rate than their male counterparts, and will control 70% of the world’s discretionary income by 2020, including them in the design and delivery of financial services makes economic sense.

“We are seeing signs that the industry is embracing not just the contribution of women in fintech, but their potent economic power, too.

“The statistics, and a flawed system, are discouraging – but the women, and the opportunities they create, are inspiring.”

From entrepreneurs to engineers, and everything in between, female business talent is exerting a growing influence over the world of fintech.

Ahead of International Women’s Day tomorrow (8 March), we take a look at some of those women leading by example.

Finance industry veteran Anne Boden needs little introduction as a leading figure in the UK fintech scene, having founded Starling Bank from scratch in 2014, and developed it into one of the most prominent challenger banks leading the charge in open banking disruption.

Overseeing Starling’s rise to prominence in her role as CEO, Ms Boden and her team have created personal and business mobile current accounts that have so far attracted half a million people to give digital-only banking a try – and aim to double that by the end of the year.

Last year, she was awarded an MBE in the Queen’s honours list in recognition of her services to fintech, and she has established herself as a voice of authority when it comes to banking innovation.

Hailing from Wales, Ms Boden had a science and technology education before embarking on a 30-year finance career that included senior jobs at the likes of UBS, Royal Bank of Scotland and Allied Irish Banks.

Director of growth and communications at OakNorth, a UK-based lending business for SMEs, Valentina Kristensen has played a prominent role in developing the company into Europe’s most highly-valued fintech.

OakNorth recently secured a huge $440m (£332m) investment, which it plans to use to fund its expansion into the US market.

Ms Kristensen is a familiar face on the London fintech circuit, appearing regularly as a speaker at industry events and as a guest on the popular Fintech Insider podcast.

She is a leading voice in promoting female inclusion across the financial services industry, and uses her position as a steering committee member of FinTECHTalents – a UK fintech festival – to address issues of bringing women into the industry and closing the gender pay gap.

Eva Wong is the co-founder and COO of Borrowell – a Toronto-based fintech providing credit-scoring services to the Canadian market.

Borrowell was the first Canadian company to offer free credit checks to its customers, and has to-date provided the service to more than 850,000 people.

The company also has a commitment to achieving gender balance and cultural diversity internally – with 47% of its staff being women, and 37% born outside of Canada.

A frequent speaker at international fintech events, Ms Wong has also worked and studied around the world in the US, Caribbean, Africa, Asia and Europe.

UK fintech PensionBee’s founder and CEO Romi Savova decided to modernise and simplify the pension management process after having trouble handling her own pension with a traditional provider.

Her finance industry expertise and investment banking background – she previously worked at Morgan Stanley and Goldman Sachs – helped her to take a look at the pensions market, see an opportunity to create something better, and then put the plans in motion to launch PensionBee.

The company now has over 125,000 users, and last year garnered industry recognition as a member of the annual FinTech50 list of the top fintech businesses across Europe.

Mrs Savova also has two young children and has written articles on the subject of being a working mum, as well as beating the gender pay gap in the financial services industry.

A self-proclaimed “geek”, Meri Williams has many strings to her bow – but is mostly occupied in her role as CTO at Monzo, where she heads an engineering team of more than 130 staff.

Technology development is at the heart of what Monzo does as a disruptor in the UK banking industry, finding innovative ways to build new tools from open banking regulations that enable customers to take their financial lives digital.

Ms Williams remains busy away from her day job too, being a trustee at LGBT equality charity Stonewall, and chairing The Lead Developer – a conference for tech leads which is held in London, New York and Austin.

She even found time to write a book for her industry peers, titled The Principles of Project Management.

Viola Llewellyn is the co-founder and president of Ovamba Solutions, a fintech based in the US but with a focus on Africa – helping SMEs on the continent access better financing options.

Ovamba makes smart use of technology to give small African businesses a financing alternative to the established banks, with better agility and risk management – two things it deemed to be lacking in Africa’s banking industry.

Ms Llewellyn has a background in business consultancy and management, and has worked across the healthcare, technology, media, education, security, and communications industries.

She also has advisory roles at the Women Economic Imperative, African Women’s Payment Network and the European Women in Payments Network, as well as acting as a global tech ambassador to the World Economic Forum.

As head of the Bank of England’s Fintech Hub, Cordelia Kafetz holds quite a unique position in the UK fintech landscape.

Her role involves analysing the implications of fintech on overall financial stability and regulation, as well as helping the Bank of England make its own use of fintech to improve its operations and regulatory responsibilities.

Ms Kafetz has a regulatory background, having worked for a long spell at the former Financial Services Authority, before transferring over to the Prudential Regulatory Authority.

American Megan Caywood recently joined Barclays in the UK as managing director in charge of digital strategy – leaving her role as Starling Bank’s chief platform officer at the end of last year.

At Starling, she was a prominent member of the leadership team from its early days, playing a key part in launching the bank’s Marketplace tool, and often acting as a public-facing representative, alongside Anne Boden.

Before moving to the UK, she had roles with California accountancy tech businesses Intuit and Xero.

An education in cognitive neuroscience presents a unique take on consumer banking behaviour – something Barclays will be hoping can help them form stronger connections with their customers.

Before launching Brighte, Ms McConnell spent more than a decade at Australian investment bank Macquarie, as well as working as a government policy advisor.

She was honoured for her achievements in the industry at the Fintech Australia Awards – the “Finnies” – last year, scooping the prize for outstanding fintech leader of the year.

Revolut launches as a bank in 10 Western European markets

Revolut launches as a bank in 10 Western European markets