What’s on the cards for neobanks?

Challenger banks, such as neon and bunq, are learning to adapt their business models to respond to the economic crisis caused by the pandemic. 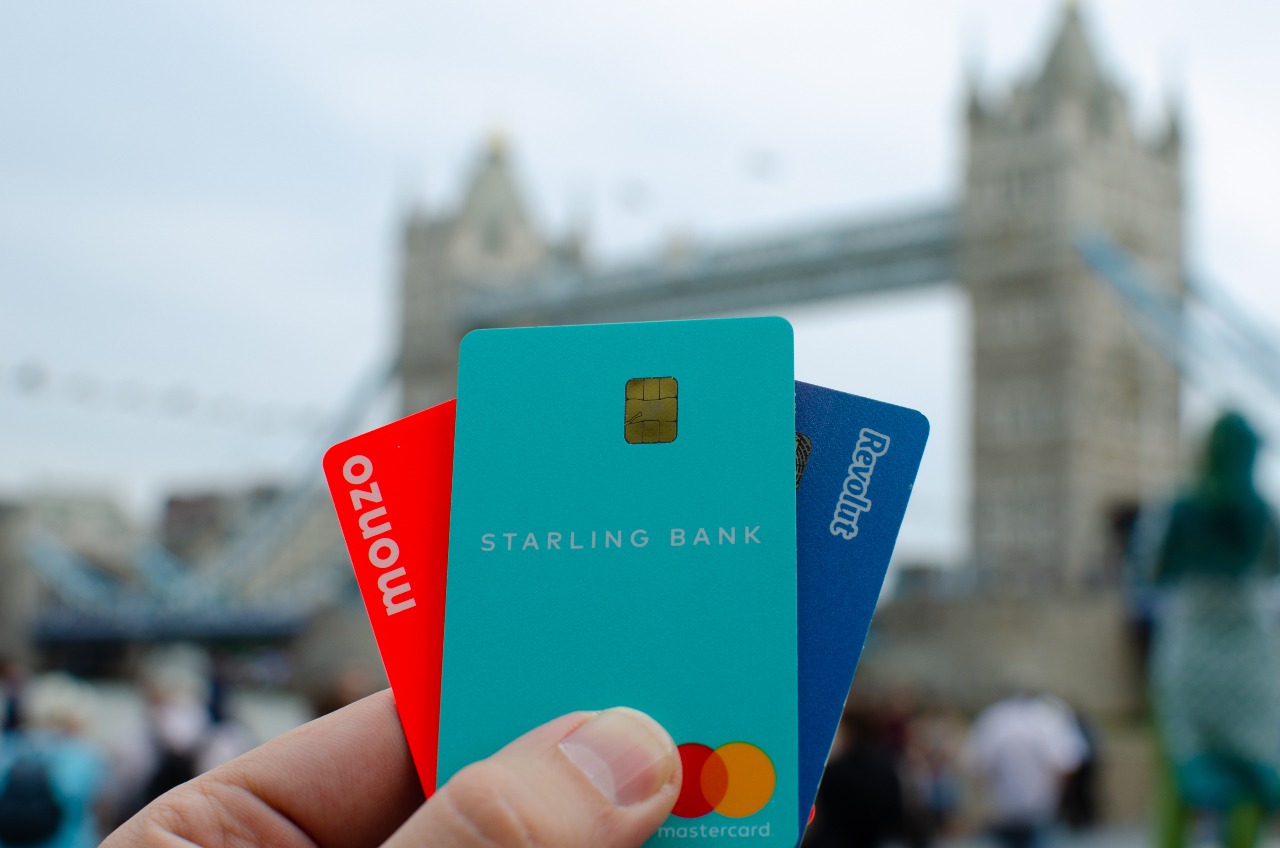 Challenger banks are learning to adapt their digital models as a result of the economic crisis. (Credit: Ascanio/Shutterstock)

How have Europe’s challenger banks been adapting to the new normal? While the pandemic has forced the need for digital-first business models, the economic crisis has hit neobanks just as hard as incumbents.

Abi Millar profiles the likes of bunq and neon to discover what challenger banks have been doing to stay afloat.

Since the start of the pandemic, there has been a lot of rhetoric around ‘going digital’. As remote working became the norm, and physical interactions were curbed, organisations rapidly stepped up their digital capabilities.

According to research by McKinsey, consumer and business digital adoption leapt five years forward during the first eight weeks of the Covid-19 crisis.

In the banking world, you might expect that challenger banks would have had a boom year. Predicated on ‘digital first’ models, without the need for branches or old-fashioned bank managers, the likes of Monzo and Revolut may have seemed well placed to weather a socially distanced crisis.

“We believe that digital banking is the future – that is why we are so dedicated to providing the best banking experience for our users via the app,” says Bartosz Urban, a spokesperson for the Dutch neobank bunq (the lack of capitalisation is trendily deliberate).

“Current times are testing and to stay safe, people minimise their real-life interactions, and traditional brick-and-mortar banks are proving ineffective. That is why digital banks are crucial.”

Certainly, Covid-19 has forced a change in the way people interact with financial services. In a World Bank survey, most types of fintech posted strong growth in the first half of 2020, with digital lending the only service to register a slump.

Mastercard, for its part, has found that 62% of Europeans are interested in switching from physical banking to digital platforms.

There have been some individual success stories too. The advisory company deVere, which has launched a suite of financial apps, saw app usage rise by 72% across Europe in a single week at the end of March.

“We are at a true inflection point in both retail and finance. The shift to online retail is now truly supercharged and there is a very tangible change in the behaviour of consumers,” explained Sebastian Siemiatkowski, CEO and co-founder of Klarna, in a previous interview.

However, the overall picture has actually been somewhat complicated given customers’ desire for security and the disruptions wrought by Covid.

Consumer spending, a key revenue stream for neobanks, dropped sharply. And at a time when customers’ own financial situation is under strain, many may prefer to stick to stodgier but reassuring incumbents.

Monzo and Revolut both laid off staff, with Monzo warning at one stage that the pandemic was threatening its ability to operate. German neobank N26 has also cut its headcount, while RBS wound down its digital bank, Bo, just six months after launch.

“We are prioritising our investment spent across the bank on products and services that allow us to provide the best possible support for customers and colleagues. This is more critical than ever given the challenges we are all facing at this time,” noted RBS CEO Alison Rose when the decision was taken.

It isn’t really possible, then, to claim 2020 as a net good or bad for Europe’s neobanks. What we can say with more certainty is that it was a rollercoaster year, with many factors in the mix that affected each bank in different ways.

Among the institutions that say they have done well out of the crisis is neon, a Swiss challenger that launched in 2019 (and another fan of lower-case names). A few months into the pandemic, the bank completed a €4.6m (£3.93m) financing round in parallel with strong customer growth.

“It’s maybe weird to talk about the pandemic and start with the phrase ‘we had a good year’,” says Jörg Sandrock, CEO of neon.

Sandrock thinks that while this growth had a lot to do with the product itself, the crisis probably helped – neon saw a high intake of new clients in April, for instance. He suspects that at this point in time, people had begun working from home and had the time to kill opening new bank accounts.

“I think it’s a great advantage that fintechs have a higher degree of digitalisation in their offering – it makes them very attractive compared with the established banks,” Sandrock adds.

“The funding side may be more difficult at the moment, due to the pandemic, but if you have a strong business model it might actually be easier than normal.”

Another bank that has weathered the storm is bunq. Like other challengers, bunq is making losses – expected to run to around €14m (£11.96m) in 2020.

However, CEO Ali Niknam has said he can fund these losses via the profit from TransIP, a company he owns that provides domain names to businesses. Notably, bunq survived the crisis without any need for layoffs, while user deposits surged to €654.6m (£559m).

“In the first half of 2020 only, user deposits have doubled, which we are very proud of – our users trust us with their money and savings even in those difficult times, and it clearly shows that online banking is the future,” says Urban.

“We’ve managed to keep on growing, opening our brand-new Rotterdam office earlier this year and expanding our mortgage investment, and we have high hopes when it comes to the future.”

Part of the challenge for neobanks has been adapting to a shift in consumer behaviour. Throughout the pandemic, people have mostly stayed at home. They’ve stopped commuting, made fewer small discretionary purchases, and definitely stopped going abroad.

“Public transportation went down almost to zero in April last year,” says Sandrock. “The average purchase volume at some grocery stores grew by about 200%, but the total number of purchases went down pretty significantly.”

This has posed a problem for banks like Monzo, which, despite efforts to take on the incumbents, have generally been used as a secondary bank account. Only about 30% of users get their salaries paid directly into their Monzo account, and the average customer deposit in February 2020 stood at just £359.

To put it another way, a typical Monzo user might use their card to swipe in and out of public transport, or to buy a coffee on their way into work. They might also use it while travelling internationally, attracted by the bank’s promise not to block their card or add any fees onto the exchange rate.

Although the bank has made some attempts to diversify its revenue streams, as per its paid-for premium account Monzo Plus, it’s not surprising that the pandemic took a toll on its valuation.

As Monzo admitted in a July 2020 report: “Our revenue streams have been significantly impacted by the Covid-19 pandemic and resulting macro-economic uncertainty. Regulatory reviews will also lead to stricter financial crime requirements.”

That said, while Europe’s challenger banks are under significant pressure, they’re also agile. This is a particular strength at a time of such uncertainty, allowing banks to roll out new features in response to changing circumstances without delay.

Neon has also launched a tree-planting initiative, debuting ‘neon green’ in November 2020. Other challengers have launched pandemic-specific features, such as Revolut’s in-app donation button that allows customers to donate to the Trussell Trust, a British food bank charity.

Features like these are particularly appealing to a younger, socially conscious demographic, and have the advantage of being pandemic-proof. A focus on environmental and social governance (ESG) issues may become a USP for challenger banks, helping them build trust with customers post-Covid.

“We’re very much a bank for everyone’s daily needs, not just for travelling or small online purchases,” emphasises Urban.

“We’re constantly introducing features that save time, money and CO2 for our users every step of the way. We’re going to keep our focus on providing the best day-to-day banking while also keeping it simple, and that seems to be the key to grow during the current crisis.”

Throughout the pandemic, headlines about challenger banks have been split down the middle, with some pronouncing the decline of challenger banks and others heralding a bright new era for fintech businesses.

The truth is probably somewhere in between. Through disrupting business as usual, the crisis has tested their adaptability and may push them in surprising new directions.