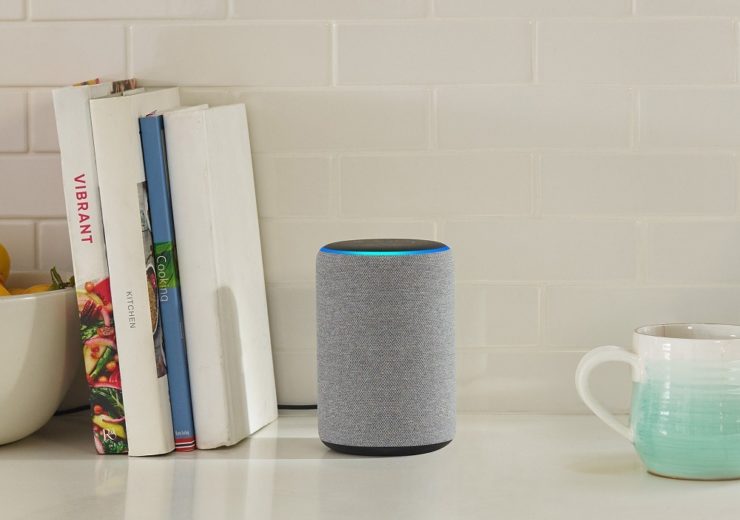 For a growing number of people, asking a smart assistant like Alexa to dim the lights or perform some other routine household task is now done without hesitation, but Amazon Pay has its eyes on a bigger prize – cornering the voice payments retail market.

Rather than consumers having to navigate long sequences of clicks and options when they want to buy something, the retail giant wants to expand the way it enables people to hold a simple conversation with their smart device to make purchases.

He said: “We are going through one of those technology shifts that come around every 10 to 15 years.

“We witnessed it with computers and the web in the mid-90s. More recently, there’s been a tremendous impact of mobile technology and the way this has shaped consumer interactions with retailers and brands.

“Now we believe there is a new era, which is powered by voice, and this will have a major impact on commerce.”

Why Amazon Pay is focusing on voice payments

Making payments online has become easier and easier in recent times, with Apple Pay and Google Pay pioneering digital wallets that can be accessed through a single click – kept secure by either biometrics or a password.

Amazon launched its own payment technology in 2007, making it simpler for customers to buy goods on its website, and it has been used by other brands such as All Saints, Papa John’s and Dyson.

Voice authentication is considered the next step in the progression of how technology is transforming the way both retail and payments are carried out – with a drive towards simplicity and convenience, and a frictionless user experience across multiple devices.

Artificial intelligence-powered smart assistants that are able to respond to voice commands are already commonplace in many parts of the world, with the likes of Amazon’s Alexa and the Google Assistant leading the field in a fast-developing market.

According to Mr Montemagno, 5% of all monthly internet searches are now initiated by a voice prompt – which is noteworthy progress given there weren’t any five years ago.

“It’s clear that the future is not just for web and mobile,” he said. “The mode of interaction with technology has become progressively easier and more intuitive.

“We started with typing, and went to touching and then to swiping – and now it is talking.

“There is nothing more spontaneous and natural than a conversation.”

Of course, making it easier for consumers to pay for goods with their voice works to Amazon’s advantage as it removes any barrier to using its service.

Customers with Echo devices are already able to purchase goods from the Amazon marketplace by speaking to Alexa.

Rivals Google and Apple are no doubt able to compete on the technology front, but they do not have the ready-made retail partnerships that are available to Amazon.

There is an obvious requirement for any new payments technology to be secure, particularly when it is one designed to be as easy to use as possible.

Accents notwithstanding, smart devices are already able to respond to simple voice commands and engage in two-way conversation with their users – but for voice payments to remain secure, the technology must become ever more sophisticated and, crucially, have the capacity to understand context.

Sam Murrant, senior payments analyst at market intelligence firm GlobalData, explained that a lot of time is being spent on improving the algorithms that govern voice payments systems.

He said: “It is obviously a very complex technology to get voice recognition to a point where it not only recognises words and commands, but also intent on the part of the speaker.

“Recognising individual users is important, too.

“If you’ve got a device in your home that simply recognises voice commands, and it has the ability to make purchases on your behalf, then you need to have a layer of security on that.

“It can’t just respond to anyone who happens to be in the house, like guests or even children.

“This will require biometric voice authentication, which is a technology that does exist on the market, and has been used by banks previously for telephone and mobile banking security.”

Security lapses in voice payments will likely affect consumer confidence in the technology and hinder adoption rates, while regulatory compliance must also be high on the agenda – particularly in Europe, where there are new rules on the horizon that will govern the security of online transactions.

Is there demand for voice payments?

Mr Montemagno demonstrated a handful of use cases at Finovate Europe, showing off Alexa-managed voice payments in action – including the ability to find and purchase Virgin Trains tickets, reserve London theatre seats, or make a charitable donation to the British Heart Foundation.

The automotive industry is another space Amazon is targeting, and has agreements with car manufacturers in place to install Alexa software into new models.

“People spend a lot of time in their cars and there’s an opportunity there to make that experience even better, and to build on these kinds of interactions with technology in a way that is completely deviceless,” said Mr Montemagno.

There is also the Echo Auto product, which is a version of the home-based Amazon smart device that has been adapted to be installed in cars already on the road.

Like any new technology of this scale, getting used to voice payments as a part of daily life is something that will take time.

Mr Murrant likened it to the adoption of smartphones.

He said: “It’s going to be one of those cases where consumers didn’t realise it was something they wanted until they had the ability to do it.

“If you asked someone before the Amazon Echo came out whether they’d enjoy the experience of having a device in their home that they could talk to, plan the day’s activities with or play music, I don’t think many would have said ‘yes, I’ve always wanted that’.

“But once you’ve tried it and become used to it, the technology becomes something you rely on – it was the same with smartphones.”