What is Tinkoff Bank? The Russian disruptor targeting 20 million customers 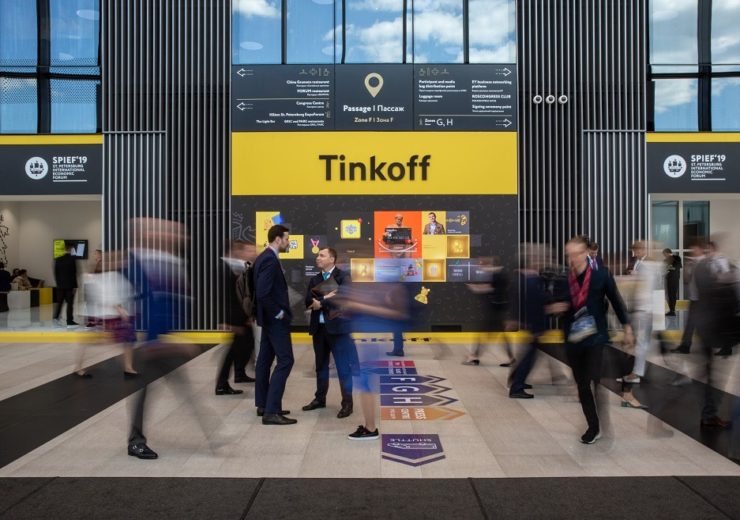 With a population of 145 million people, Russia is a market with a great deal of potential for disruption by innovative financial services companies. Tinkoff Bank has already attracted nine million users to its online banking platform, and has set a target of more than doubling this number.

Banks operating without physical branch networks are springing up across the world as technology continues to filter into the farthest reaches of the financial services industry.

Disruptors in Europe and the US, such as Revolut and Chime, receive much attention for their efforts in converting customers to a digital approach to financial activity, but there are tech-driven companies around the world creating popular online alternatives to traditional finance.

With more than nine million users across Russia engaged with its “online ecosystem” of financial products, Tinkoff is the largest independent digital bank in the world by customers.

What is Tinkoff Bank?

Tinkoff Bank offers a huge range of services, from mobile personal accounts, services for business, investments and insurance products, as well as being Russia’s second-largest issuer of credit cards.

Not content with providing alternative digital options for traditional retail banking services, Tinkoff has diversified into other areas, including travel, ticketing and bookings services — all available through its app.

The digital bank has invested strategically in technology such as biometrics, AI assistance and blockchain in its efforts to continue on a growth trajectory and reach its medium-term target of 20 million customers.

Moscow-based Tinkoff Bank began life in 2006 as Tinkoff Credit Systems, founded by Russian billionaire entrepreneur Oleg Tinkov who invested around $70m in the project. Tinkov is also well known for his sponsorship of road cycling events.

In 2007, it launched its first credit card products and attracted investment from US banking heavyweight Goldman Sachs.

Mobile banking was launched in 2011, and by 2013 the firm was ready to list on the London Stock Exchange, collecting $1.1bn for its IPO in the process.

In 2015, it rebranded as Tinkoff Bank and introduced its business banking facilities, before rolling out investments and integration with Samsung Pay, Apple Pay and Android Pay over the following two years.

It has continued to grow and add new products and services. In 2018, the bank recorded a record net income for the third year in a row of 27bn Russian rubles ($407m).

These most recent financial results and expanding popularity of Tinkoff throughout Russia – loans, credit facilities, SME accounts and personal accounts all experienced growth in 2018 – demonstrate the appetite of the Russian market for digital disruption, according to CEO Oliver Hughes.

He says: “Our excellent 2018 results go to show that if you have the right business model, the right brand, the right team and can execute, Russia is a great market to be in – despite how it may sometimes look from the outside.”

The firm now employs more than 24,000 people, having grown the size of its workforce from roughly 4,000 at the time of its IPO in 2013, and expects to add another 5,000 before the end of the next financial year.

Since its early beginnings as an alternative credit card provider, Tinkoff has evolved into an “online financial supermarket living in the cloud” providing a full range of digital alternatives to established retail banking products and services for both individuals and businesses.

These include current accounts, loans, investing, savings, insurance and mortgages.

But Tinkoff has gone much further, branching out the functionality of its app to include “quasi-financial” services such as ticketing for cinemas or hotel, restaurant and taxi bookings.

Users can even book holidays through Tinkoff Travel, earning cashback on the trip if it is purchased using a Tinkoff bank account.

In December last year, the digital disruptor began beta testing an AI-powered voice assistant within its mobile app – which has been christened with Oleg.

This feature has been designed to “help customers in everyday finance and lifestyle banking tasks”, such as facilitating cash transfers between Tinkoff bank accounts, booking a table at a restaurant or buying a cinema ticket.

Or for those just seeking a friendly chat about finance, virtual Oleg is also capable of making “small talk”.