What is Robinhood? The stock trading app aiming to ‘democratise’ finance

The Robinhood trading app was launched in 2013 and has gone on to attract more than six million customers and a $7.6bn market valuation 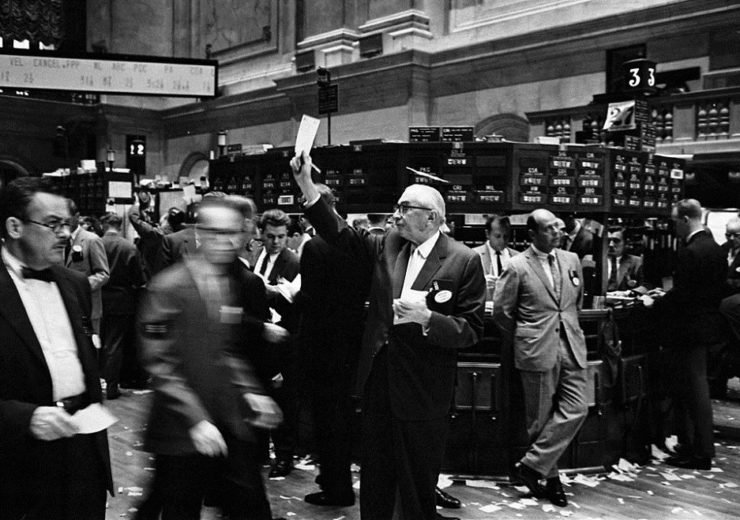 With a fresh batch of fundraising tucked firmly under its belt, things are looking good for the Robinhood trading app. Here, we take a closer look at the US fintech disrupting the traditions of Wall Street stock brokering.

Trading in stocks and shares has historically been viewed as a pursuit confined to the noisy, chaotic depths of Wall Street offices, in rooms crammed with frantic brokers making last-gasp deals to boost their portfolios.

But as fintech disruption continues to make waves throughout the financial services industry, this once exclusive activity is now being made available to the public in the comfort of their own living rooms, workplaces or just about anywhere else they have access to a smartphone and internet.

Digital start-ups are developing apps that allow anybody to gain access to the world of stock trading, and one of the firms most successful in the mission to “democratise finance” is Robinhood.

The California firm has built an online trading tool that enables everyday users to invest in public companies and exchange-traded funds (ETFs) listed on the US Stock Exchange.

Earlier this week, Robinhood announced its latest funding round to the tune of $323m – putting its overall market valuation in the region of $7.6bn, up from $5.6bn in 2018 after its previous round.

What is the Robinhood trading app?

Launched in 2013, Robinhood was co-founded by Stanford University alumni Vladimir Tenev and Baiju Bhatt as an alternative to traditional investment methods, using data and technology to track stocks and shares and crowdsource trading advice.

Not long after, it became approved by the US Financial Industry Regulatory Authority (FINRA) to become a brokering organisation in its own right and began offering services for investing in stocks and shares.

Robinhood is also a member of the Securities Investor Protection Corporation (SIPC), meaning customers are protected on their investments up to $500,000.

The direct approach to trading offered by the app – not having to employ the services of a professional stock broker – means that its core offering is made available on a commission-free basis.

Robinhood has gone on to add a range of new features to its platform, and has plans to introduce “cash management” facilities in the near future for its more than six million US customers.

Investing through the Robinhood app

The foundation of Robinhood’s offering is the ability to invest in various markets from within a smartphone app, which has been “intuitively designed” so that newcomers to the world of trading will be able to understand what they are doing without prior experience.

Many of the app’s users are from a younger millennial generation who are using the platform to buy and sell on stock exchanges for the first time.

They can choose to invest their money in company stocks, ETFs, options or cryptocurrencies.

For those looking to add extra depth to their trading activity, a $5 per month subscription to the Robinhood Gold membership provides access to professional research reports which include Level II market data from Nasdaq, the second largest stock exchange in the world by market cap, as well as margin trading.

Margin trading means customers can borrow money from Robinhood itself to invest in stocks and boost potential gains, although the loans do of course come with interest attached, and investments are not guaranteed success.

Cryptocurrencies on the Robinhood app

This facility is only currently available to users in 39 US states, with New York the latest to be added to the list of regions in which Robinhood customers can trade cryptocurrency.

In October 2018, Robinhood announced that it had built its own clearing system – dubbed Clearing by Robinhood – to remove its reliance on third parties for “back office” services.

There are two types of brokerage firms – introducing brokers and clearing brokers.

Before building its own clearing system, Robinhood had been an introducing broker, meaning that it had to use third party services for things like settling trades made through the app.

Now that it has its own in-house technology, Robinhood is able to take complete control over the trading process, including clearing, settlement and custody.

This is something it says will allow it to “move faster and offer more financial services” and get rid of the “small, frustrating fees” that had previously been passed on to customers.

It is the first brokerage clearing system to be built from the ground up on modern technology for more than 10 years – Pennsylvania-based Vanguard was the last to build something similar in 2008, according to Robinhood.